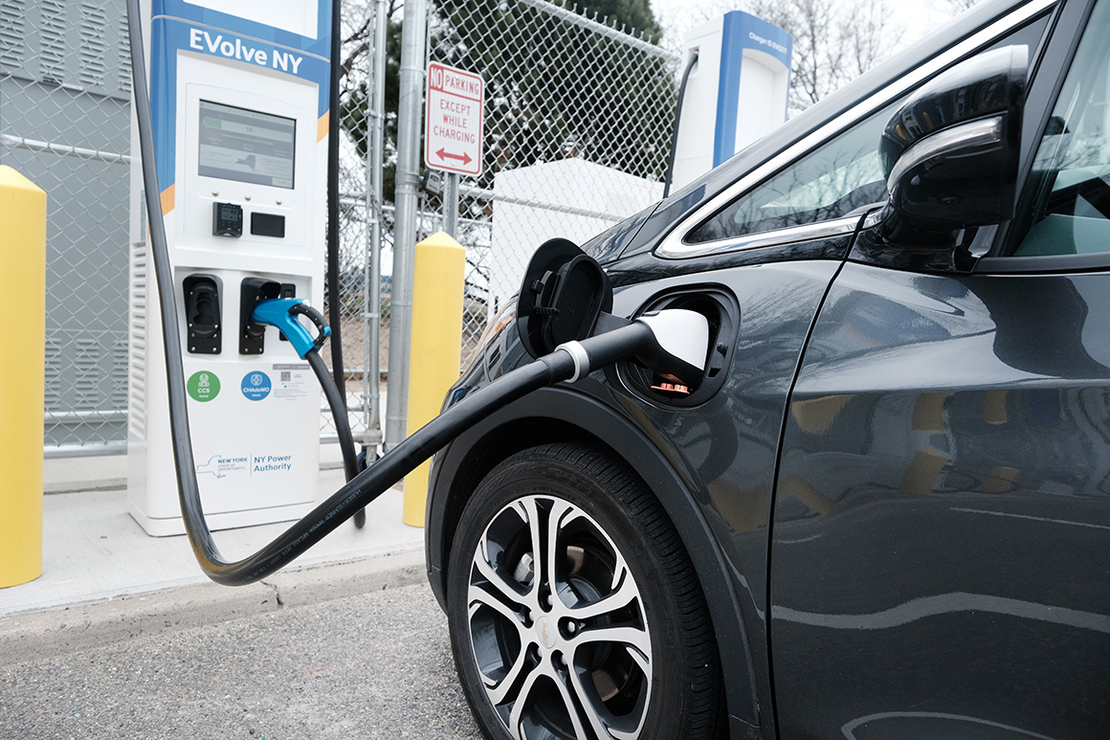 The $3.1 billion in grants are aimed at companies that can build new, retrofitted or expanded battery processing and manufacturing facilities as well as recycling plants in the United States. Lithium, cobalt, nickel and other critical minerals needed to produce EV batteries are largely processed in Asia. China alone controls over 75 percent of the world’s processing and refining capacity.

“This announcement will help boost domestic battery manufacturing, make our country more secure and spur the creation of good-paying jobs,” Mitch Landrieu, who is tasked with implementing the infrastructure law, said on a call with reporters. “This is both going to help us fight against climate change, but it’s also going to make us more secure and energy independent.”

Transportation is the single largest source of greenhouse gas emissions in the country, with passenger vehicles accounting for the bulk of that carbon pollution.

Administration officials framed the funding as a way to not only reduce carbon emissions but also address market instability caused by Russia’s invasion of Ukraine.

“We’ve seen even in just recent days [Russian President Vladimir] Putin trying to use Russia’s energy supply as a weapon against other nations,” White House National Economic Council Director Brian Deese told reporters on the press call. “This funding announcement will punch above its weight in not only accelerating the transition to a clean transportation future, but also in securing one of the most important supply chains in the U.S. economy.”

Today’s rollout will be overseen by both DOE’s Office of Energy Efficiency and Renewable Energy and its newly created Office of Manufacturing and Energy Supply Chains. The infrastructure law also included up to $7.5 billion to build a national EV charging network and $5 billion for electric school buses.

Biden set a goal that half of all new vehicles sold would be electric by decade’s end. But battery supply chain issues associated with the Covid-19 pandemic and exacerbated by the Russia-Ukraine conflict have created massive EV backlogs.

“So today is an exciting day for the clean energy economy that President Biden has been building,” she told reporters.

Last month, Biden invoked the Defense Production Act to spur mining, processing and recycling of minerals needed to produce EV batteries. The funding DOE announced today will not go toward mining efforts, but rather toward processing capacity.

The market for lithium-ion batteries in the United States is expected to increase by at least 20 percent in the next decade as demand for EVs and grid storage continues to climb.