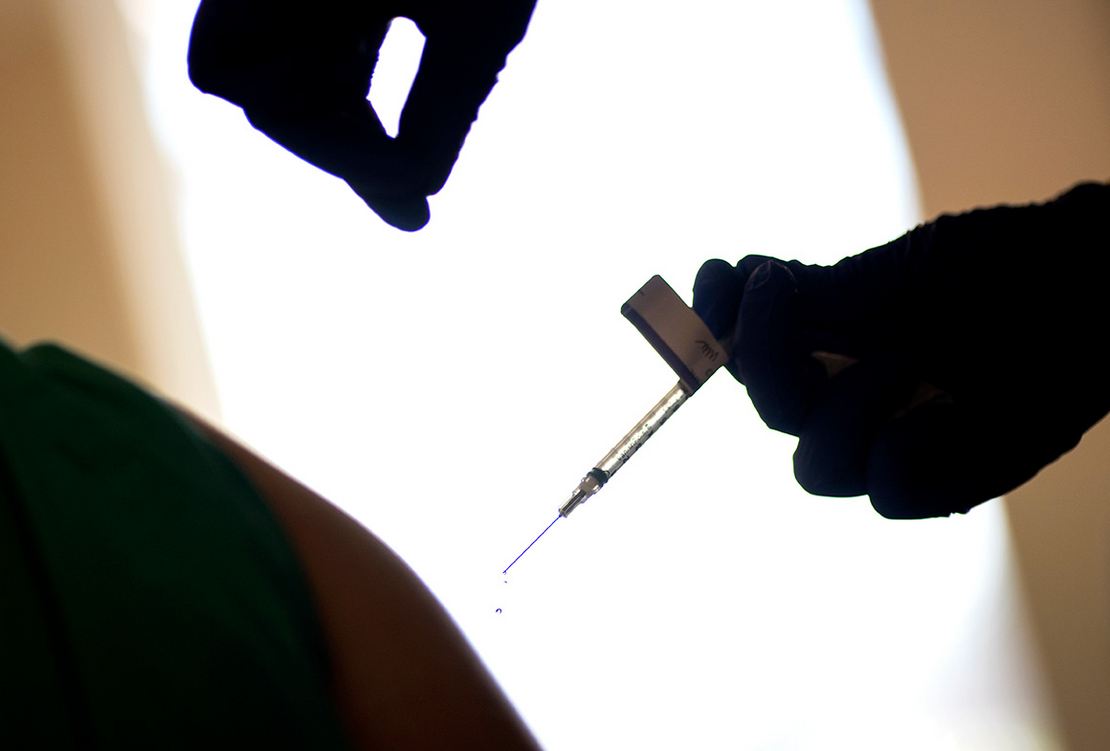 In this file photo, a Covid-19 vaccination is administered. AP Photo/David Goldman, File

The Biden administration has advised federal agencies to hold off until the new year on the toughest penalties, like suspensions and firings, for its employees who remain unvaccinated against Covid-19.

Last week was the deadline for President Biden’s vaccine mandate for federal employees. The White House said 92 percent of workers had at least one vaccination dose and 96.5 percent had complied with the mandate, meaning they had at least one shot or had a pending or approved request to be exempted from the order.

Federal employees had been warned that those who did not follow the mandate would face the disciplinary process, including potential termination from the civil service. Those harsher consequences should wait for now, agencies have since been told.

In an email sent yesterday to members of the President’s Management Council, Jason Miller, deputy director for management at the Office of Management and Budget, and Office of Personnel Management Director Kiran Ahuja noted the federal workforce’s high vaccination rate.

They also said that Biden’s mandate "is to protect Federal workers, not to punish them," and that "last week’s deadline was not an endpoint or a cliff," advising agencies to use counseling for their unvaccinated staff and avoid further enforcement of the mandate until January.

"Given that tremendous progress, we encourage your agencies to continue with robust education and counseling efforts through this holiday season as the first step in an enforcement process, with no subsequent enforcement actions, beyond that education and counseling and, if warranted, a letter of reprimand, for most employees who have not yet complied with the vaccination requirement until the new calendar year begins in January," Miller and Ahuja said.

In addition, they said the Safer Federal Workforce Task Force would update its frequently asked questions, including on enforcing the vaccination requirement.

That guidance said agencies should begin the enforcement process for the vaccine mandate with "an appropriate period of education and counseling." If employees still don’t adhere to the order, they could be issued a letter of reprimand, followed by suspension and possible firing.

"That’s long been our approach in our policy from the United States government," Psaki said.

Several departments and agencies have high vaccination rates against Covid-19, including EPA with 92.1 percent of its staff having at least one shot. The Energy Department had 91 percent of its employees with that status, while the Interior Department had 88.3 percent, according to figures the White House released last week (Greenwire, Nov. 24).

That still leaves sizable portions of the federal workforce unvaccinated against the virus. Earlier this month, the American Federation of Government Employees, the nation’s largest federal employee union, pushed the administration to extend its deadline, which has since passed, to give workers more time to comply with Biden’s mandate (Greenwire, Nov. 10).

The union praised the administration’s move to delay tougher enforcement of the order until the new year. AFGE President Everett Kelley said in a statement yesterday that "the administration has done the right thing" by listening to federal workers’ concerns.

"Once again, President Biden has demonstrated his commitment to hearing from rank-and-file federal employees through their unions and responding to workers’ concerns," Kelley said, adding, "While we applaud the policy that defers suspensions and removals, we continue to encourage all our members who are able to obtain one of the FDA-approved anti-COVID vaccines as soon as they possibly can."