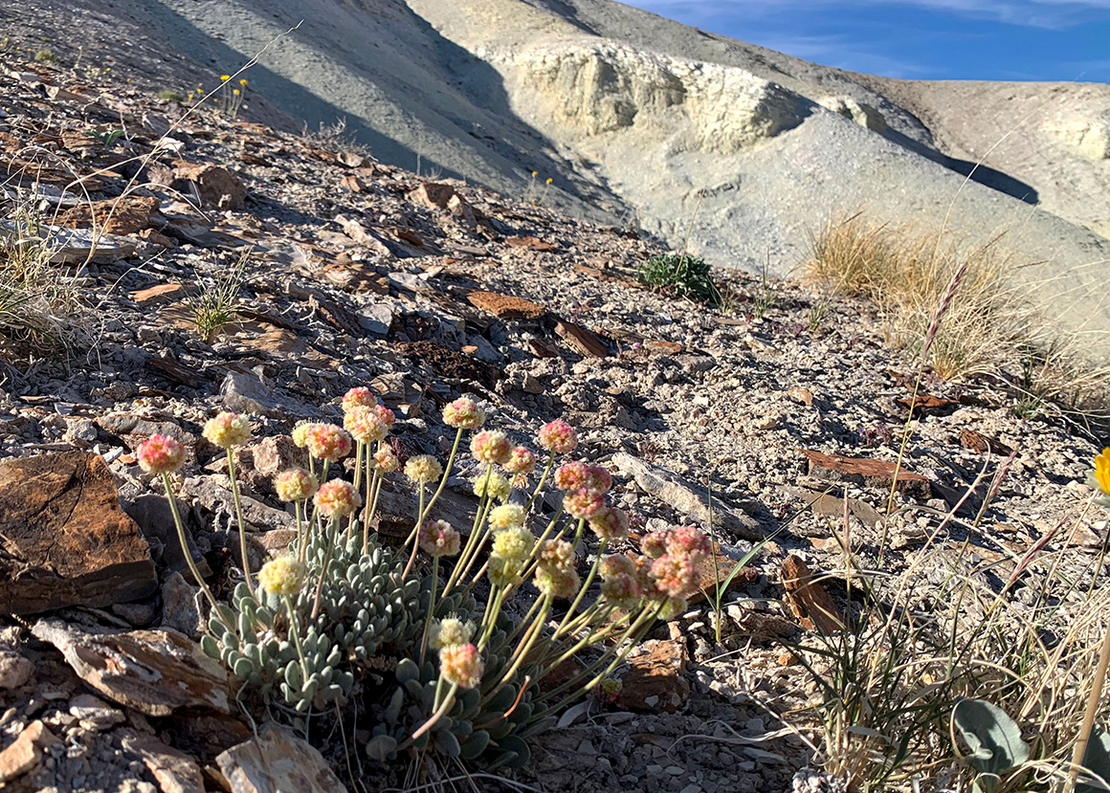 The Fish and Wildlife Service on Wednesday announced it will protect the Tiehm’s buckwheat plant as an endangered species, putting a wrinkle into plans for a big lithium mine in Nevada.

In the decision, the federal agency declared the low-growing and once-overlooked perennial herb will be added to the Endangered Species Act list accompanied by a designated critical habitat of 910 acres.

“Habitat loss is pushing more and more limited-range species like Tiehm’s buckwheat to the brink of extinction,” Fish and Wildlife Service Director Martha Williams said in a statement.

Williams added that “we look forward to working with our partners on this conservation effort to protect this rare plant and its habitat.”

The highest-profile partner is an Australian mining company, Ioneer Ltd., that wants to pull lithium from public lands managed by the Bureau of Land Management in the mineral-rich Rhyolite Ridge area of the Silver Peak Range of mountains in western Nevada.

Ioneer officials have stressed that they have been taking into account an ESA listing decision, following the Fish and Wildlife Service’s initial proposal (Greenwire, Feb. 2).

The company’s managing director, Bernard Rowe, said in a statement Wednesday that the firm “fully supports the listing of Tiehm’s buckwheat as an endangered species” as well as the critical habitat designation.

“We are committed to the protection and conservation of the species and have incorporated numerous measures into our current and future plans to ensure this occurs. Our operations have and will continue to avoid all Tiehm’s buckwheat populations,” Rowe said.

He added that “we continue to work in partnership with the FWS and the BLM to ensure the long-term conservation and viability of the plant population at Rhyolite Ridge. Through these various efforts, coupled with the existing scientific understanding of the plant, Ioneer remains highly confident that Tiehm’s buckwheat and the Project — a critical asset to ensure a sustainable planet for all species — will successfully co-exist.”

Lithium is a crucial element in the batteries that power electric vehicles.

In July, Ford Motor Co. announced it had signed an agreement to obtain over 7,000 metric tons of lithium carbonate over five years from the Rhyolite Ridge mine (Greenwire, July 21).

The ESA listing did not just happen on its own.

In 2019, the Center for Biological Diversity filed a petition requesting that the Tiehm’s buckwheat be listed as threatened or endangered. FWS determined in July 2020 that listing might be warranted. A subsequent lawsuit over a missed deadline led, eventually, to a court order that FWS issue a decision.

“I’m thrilled that Tiehm’s buckwheat now has the protections it so desperately needs for survival,” Patrick Donnelly, Great Basin director at the center, said in a statement today. “Lithium is an important part of our renewable energy transition, but it can’t come at the cost of extinction.”

Not discovered until 1983, Tiehm’s buckwheat hugs the ground with blueish-gray leaves and pale yellow flowers that bloom from May to June and turn red with age.

The only known population is limited to about 10 acres spread across 3 square miles of land administered by the Bureau of Land Management. A 2019 survey estimated that the total Tiehm’s buckwheat population was 43,921 individual plants.

The next year, in 2020, a “herbivory” event that the Fish and Wildlife Service concluded resulted from burrowing ground squirrels resulted in the loss of thousands of plants (E&E News PM, Dec. 4, 2020).

A subsequent 2021 survey estimated the population at 15,757 living plants.

“Because the survey methods used varied between surveyed years, we are unable to infer population trends over time,” the Fish and Wildlife Service noted, adding that “the 2021 census provides the best estimate of Tiehm’s buckwheat plants to date.”

Ioneer has revised its original plans, including relocating the quarry to avoid individual Tiehm’s buckwheat plants and implementing buffers with fencing around each subpopulation, but impacts remain.

“The combination of the quarry development and over-burden storage facilities are projected to disturb and remove up to 38 percent of critical habitat for this species, impacting pollinator populations, altering hydrology, removing soil, and risking subsidence,” the FWS stated.

The agency added that dust from truck traffic through the region, anticipated to be 100 round trips per day, 365 days per year, will hinder the plants’ photosynthesis, reproduction and transpiration.

The Fish and Wildlife Service said that the critical habitat designation will lead to an estimated six consultations in 10 years but that “the analysis forecasts no incremental costs associated with project modifications that would involve additional conservation efforts for Tiehm’s buckwheat.”