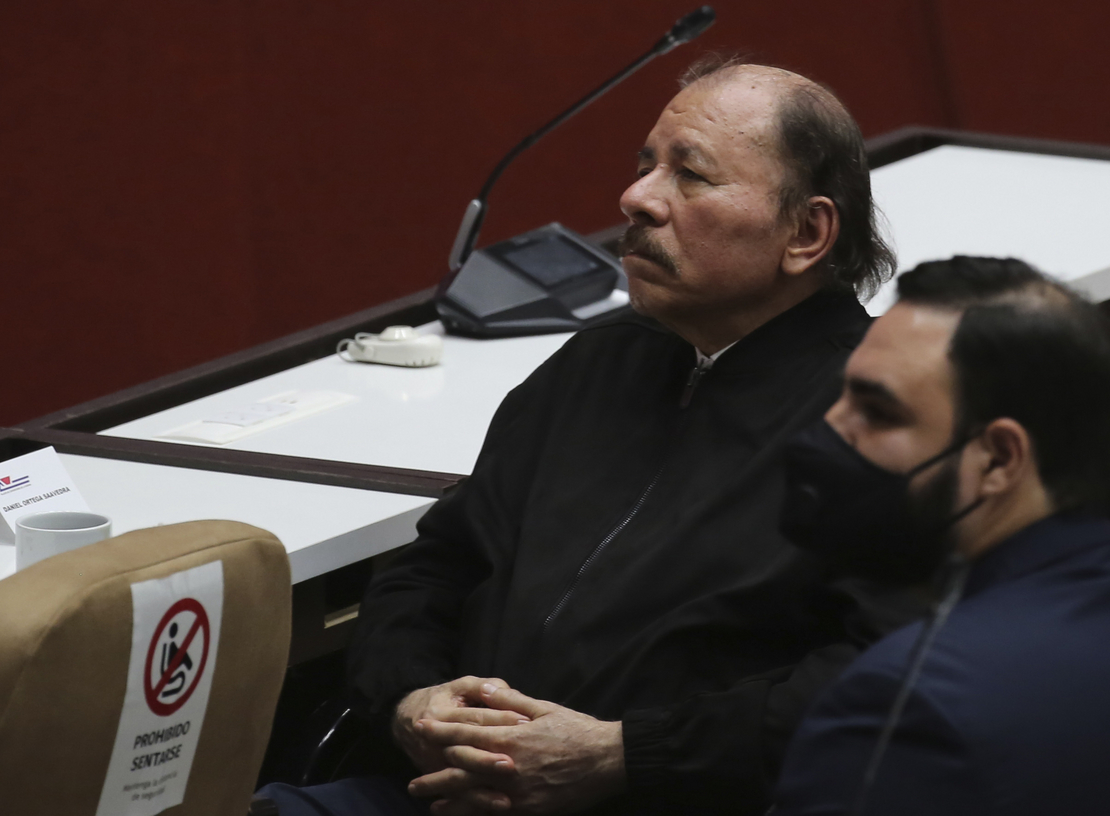 Nicaragua's President Daniel Ortega attending the closing ceremony of the XX ALBA Summit at the Convention Palace in Havana on Dec. 14, 2021. The Biden administration is dramatically ratcheting up pressure on Ortega's government in Nicaragua, banning Americans from doing business in the nation’s gold industry, threatening trade restrictions and stripping the U.S. visas of some 500 government insiders, according to U.S. officials. AP Photo/Ismael Francisco, File

The Biden administration on Monday took aim at Nicaragua’s mining industry, a reaction to the Central American country’s anti-democratic practices and support for the Russian invasion of Ukraine.

The Treasury Department also sanctioned the nation’s General Directorate of Mines. The key mining agency is being run by Salvador Mansell Castrillo, a government official sanctioned by the United States in November 2021.

Under the sanctions, Americans are banned from engaging in business activities with the Nicaraguan General Directorate of Mines or Cerna.

Officials explained the sanctions as part of Biden’s wider bid to cut off financial support to Nicaraguan President Daniel Ortega, who was the leader of the country in the 1980s and then was again elected president in 2006. He’s served in that role ever since and has been accused of brutal anti-democratic crackdowns.

The sanctions were also a response to Nicaragua’s support for the Russian invasion of Ukraine after the country voted against a recent U.N. resolution condemning Russian annexation attempts (Greenwire, Feb. 24).

The Russian relationship with Nicaragua goes back decades to the Soviet Union’s support for the rise of Ortega’s political party, the Sandinista National Liberation Front. These sanctions arrive as Russia has sought new sources of financing for its war in Ukraine, such as hoarding Sudanese gold.

In a press release, the White House said the Ortega government was allowing the “continued presence of Russian military personnel and equipment” in Nicaragua, while increasing attacks on faith leaders and universities and subjecting “political prisoners to extremely harsh conditions.”

“[Ortega’s] continued attacks on democratic actors and members of civil society and unjust detention of political prisoners demonstrated that the regime feels it is not bound by the rules of the law,” said Brian Nelson, undersecretary of the Treasury for terrorism, in a statement.