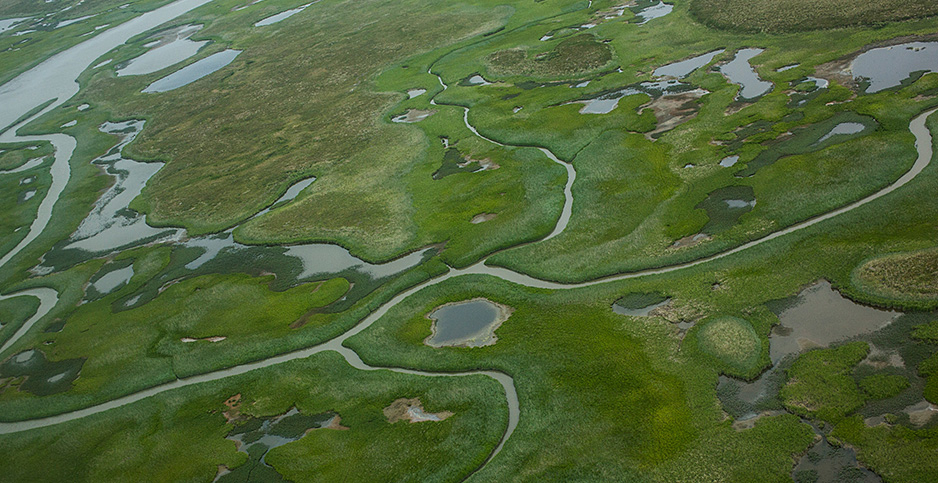 The Biden administration today formally announced it would significantly change the definition of which waterways qualify for federal protections, asking a court to let it take a crack at a controversial Trump-era rule.

EPA and the Army Corps of Engineers asked a federal judge to remand former President Trump’s Navigable Waters Protection Rule, saying that "a broad array of stakeholders" are "seeing destructive impacts" from it.

At the same time, EPA Administrator Michael Regan announced his agency would begin a new rulemaking to restore the pre-2015 definition of what constitutes "waters of the U.S." — or WOTUS.

"After reviewing the Navigable Waters Protection Rule as directed by President Biden, the EPA and Department of the Army have determined that this rule is leading to significant environmental degradation," Regan said in a statement.

Regan said EPA is committed to establishing a durable definition based on Supreme Court precedent and "drawing from the lessons learned from the current and previous regulations, as well as input from a wide array of stakeholders, so we can better protect our nation’s waters, foster economic growth, and support thriving communities."

Biden on his first day in office ordered his administration to review the regulation, which took effect last June and pulled back federal oversight of at least 51% of wetlands and 18% of streams — many of which had been protected since the Reagan administration (Greenwire, Jan. 23, 2020).

EPA and the Army Corps also laid out guideposts for crafting a new WOTUS definition, including protections consistent with federal law and based on the latest science and effects of climate change, as well as the need for a rule that can be practicable and can be implemented by states and tribes.

The final rule will also reflect input from landowners, farmers, states, tribes and local officials, as well as environmental groups and disadvantaged communities with environmental justice concerns, they said.

EPA is facing several lawsuits stemming from the Trump-era rule, forcing the Biden administration to move more quickly in its Clean Water Act analysis than on other rules.

Today’s announcement was driven by one of those cases, one brought by the Conservation Law Foundation and other environmental groups in the U.S. District Court for the District of Massachusetts.

That case took issue with many aspects of Trump’s Navigable Waters Protection Rule, saying that "many streams, wetlands, and other waters excluded from the Rule’s new definition of ‘waters of the United States’ have been protected by the Clean Water Act for decades."

"The rule is thus a significant and unprecedented rollback of the protections afforded by the statute," the groups wrote.

Specifically, they criticized that the Trump rule did not cover streams fed by rain or snowfall, and excluded wetlands, lakes and ponds that did not have a direct connection to other navigable waters via surface flow.

The Biden administration, in its filing today, said that after reviewing the Trump regulation, it decided to launch a new rulemaking to "revise or replace" the Trump policy.

Specifically, EPA and the Army Corps highlighted a lack of federal protections in arid states like New Mexico, where, they said, "nearly every one of over 1,500 streams assessed has been found to be non-jurisdictional." The agencies said they are also aware of 333 projects that would have required dredge-and-fill Clean Water Act permits before the Navigable Waters Protection Rule but no longer do.

Defining what streams, wetlands and other water bodies qualify for the Clean Water Act’s permitting requirements has been one of the most vexing challenges facing EPA and the Army Corps for decades, as well as a political hot potato that’s drawn the ire of industry, ranching and agricultural interests.

Experts have said it could take considerable legal footwork and savvy to replace the rule, especially if the Supreme Court addresses the reach of the Clean Water Act.

Any new rule is likely to see legal challenges, and the Biden camp would face the same dilemma that has flummoxed other administrations — how to craft a WOTUS rule that will survive legal challenges (Greenwire, Aug. 20, 2020).

"The question up to now has not been whether the Biden administration would do something to redefine waters of the United States but what would they do," said Kevin Minoli, formerly EPA’s acting general counsel and top career lawyer. "Now, the question becomes, ‘Can they write a definition that will last beyond their time in office?’"

To achieve that legal durability, Minoli said Regan has to find areas of agreement among various factions interested in WOTUS. Repealing the existing rule, he said, is going to be more difficult because EPA will be starting from scratch as opposed to having a floor from the last administration.

The issue has reached the Supreme Court on multiple occasions and produced the famously muddled 2006 Rapanos decision.

Agricultural, property rights and other industry groups have continued to press the issue in court, and some have said they will seek Supreme Court review again as soon as legally feasible (Greenwire, April 28).

By aiming to restore pre-2015 protections, the Biden administration is sidestepping the controversial Obama-era Clean Water Rule definition of WOTUS, which was derided by conservatives and industry as being too overreaching. Instead, EPA and the Army Corps are asking to return to regulations that were first written in the 1980s and that have since been interpreted in 2008 guidance documents from the George W. Bush administration.

And yet it was complaints about that guidance that prompted the Obama administration to write its Clean Water Rule.

The guidance acknowledges that federal jurisdiction may not cover the same types of wetland features in different areas, thus requiring regulators to slog through fields and examine isolated wetlands to determine whether each warranted Clean Water Act protections. The Obama rule attempted to avoid such a conclusion by drawing bright lines and saying that any wetlands located either within the 100-year floodplain or 4,000 feet from a protected stream would automatically be protected, too.