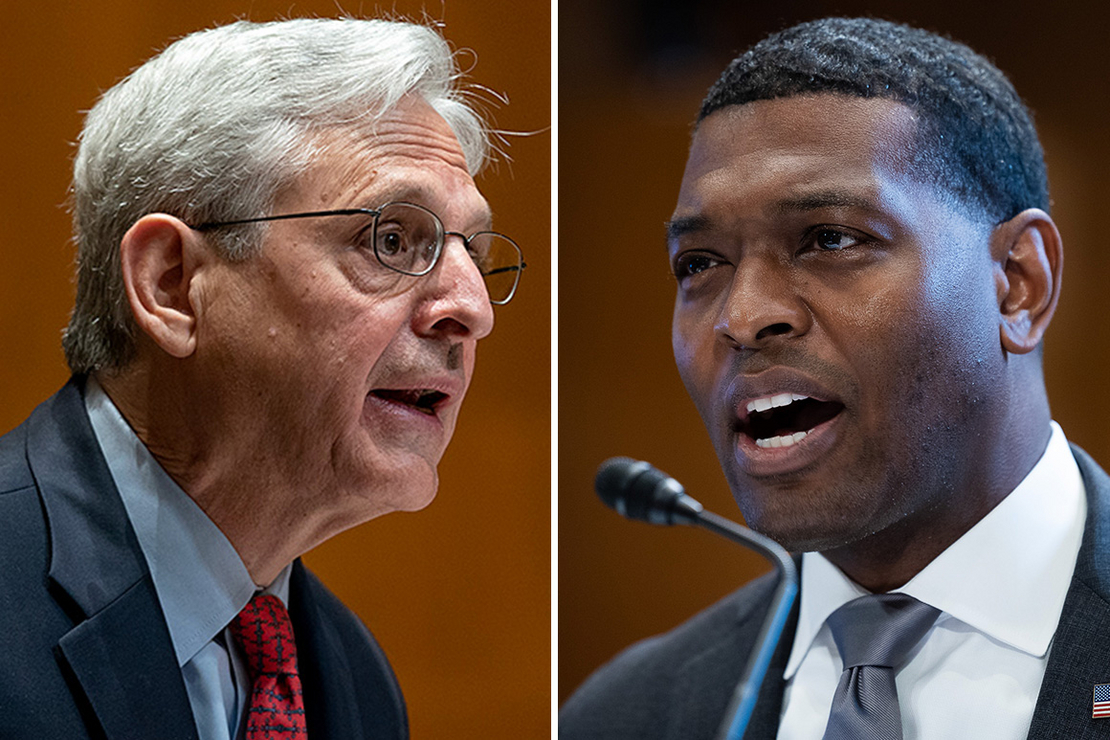 The Justice Department and EPA today rolled out a multipronged plan for addressing pollution and climate impacts in vulnerable communities.

During an event at DOJ headquarters this afternoon, Attorney General Merrick Garland and EPA Administrator Michael Regan revealed plans to set up a new Office of Environmental Justice, establish a comprehensive environmental justice strategy and reinstate a popular enforcement tool.

Longtime DOJ lawyer Cynthia Ferguson has been tapped to serve as acting director of the new environmental justice office, which will be housed in DOJ’s Environment and Natural Resources Division (ENRD).

The new office — which fulfills a goal laid out by President Joe Biden in his January 2021 Executive Order on Tackling the Climate Crisis at Home and Abroad — will coordinate with DOJ’s existing divisions “in the collective pursuit of environmental justice,” the department said in a press release.

In its fiscal 2023 budget request, the Biden administration asked for $1.4 million to launch the office and $6.5 million to address climate change and pollution in low-income and minority communities (E&E News PM, March 28).

Ferguson is currently senior litigation counsel for environmental justice at ENRD. The Carnegie Mellon University and Illinois Institute of Technology Chicago‐Kent College of Law graduate began her career in the division’s environmental enforcement section in 2000.

In her current post, Ferguson leads ENRD’s environmental justice strategic planning and is one of DOJ’s representatives on the White House Environmental Justice Interagency Council.

The strategy, another goal articulated in Biden’s 2021 climate executive order, will help the administration harness all legal tools at its disposal to advance environmental justice.

Under the strategy, DOJ will prioritize enforcement in overburdened and underserved communities. Asked how he would prioritize which communities are targeted, Garland did not offer specifics and said merely that the office would select communities “most impacted.”

“The department needs a workforce that is informed about environmental justice,” Gupta said.

DOJ also announced that it plans to publish an interim final rule restoring its ability to use supplemental environmental projects, or SEPS, which allow violators to carry out EPA-approved projects in exchange for lower fines.

The Biden DOJ signaled early on in the administration that it would bring back the practice after the Trump administration had banned the use of settlement agreements with payments to third parties. But observers have been wondering what was taking so long (Greenwire, Feb. 9).

The program has been a key tool for fighting environmental injustice, and has long had the support of environmental groups and the oil industry alike. Under the program, for example, a polluter might agree to pay for air quality monitors in a city where it broke air pollution rules.

The idea is to clean up underserved communities, but the Texas Tribune recently reported a case where a violator, a Taiwanese plastics and petrochemical company, was actually paying an industry foundation SEP that promoted natural gas.

“Because SEPs bring environmental and public health benefits to the communities most directly affected by the underlying violations, they are particularly powerful tools for advancing environmental justice where, for example, communities have been disproportionately burdened by exposure to multiple sources of pollution and historical patterns of environmental violations,” DOJ said in a press release today.