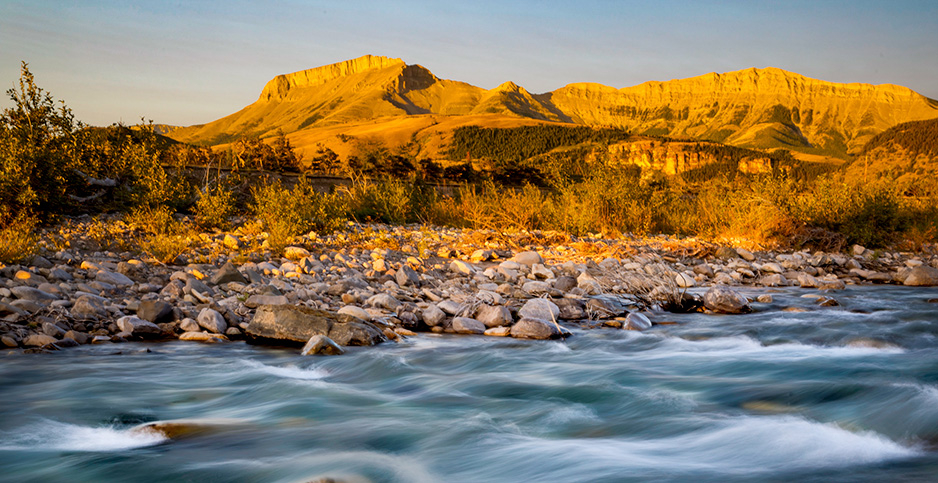 The Biden administration today unveiled the framework for its ambitious conservation plan, emphasizing the role of "voluntary efforts" by states, private landowners and tribal nations over an expansion of the federal estate.

The 24-page report also rebrands the proposal often called "30×30" — for its goal of setting aside 30% of the nation’s lands and waters by 2030 — into a 10-year "America the Beautiful" campaign. The document offers broad strokes about how to reach its aim, leaving for later some key details.

"This report calls on us, all of us — in partnership with states, tribes, private landowners — to build on the long tradition of land stewardship across American lands. The federal government will do that by looking for ways we can bolster locally led conservation," said Agriculture Secretary Tom Vilsack, who spoke in a teleconference along with White House national climate adviser Gina McCarthy, Interior Secretary Deb Haaland, Commerce Secretary Gina Raimondo and Council on Environmental Quality Chair Brenda Mallory.

President Biden issued an executive order earlier this year directing the Interior Department to propose guidelines for which lands and waters would qualify for conservation and how to measure progress.

Biden administration officials stressed that the program will rely in large part on private conservation efforts — including easements on working lands like ranches and farms — alongside federal investments in open spaces and urban parks.

"The President’s national conservation goal also provides an opportunity to better honor and support the people and communities who serve as stewards of our lands and waters," the report states.

In an apparent attempt to address early critics of the conservation push — led by Republican lawmakers from Western states with large swaths of public lands — various pledges to work in "the spirit of collaboration and shared purpose" likewise dot a list of principles that the report states should guide the conservation program (E&E Daily, May 5).

"The Federal Government should do all it can to help local communities achieve their own conservation priorities and vision," the report states. It goes on to stress that efforts should not be concentrated in the West, "as has been a past practice of Federal agencies."

In addition to emphasizing the role of working lands, the administration report stressed that its goals are conservation and not "the related but different concept of ‘protection’ or ‘preservation.’"

The latter would restrict the program to lands classified as official wilderness — those public lands with the most stringent protections, including prohibitions on any motorized use.

"It’s really fashioned in a way that is all American," McCarthy asserted. "We are a large country with tremendous natural resources, but we need to make sure that we’re all working together — public, private — in the best way that we can."

The report, however, lacked one widely anticipated feature: a baseline of how much land and water the Biden administration believes is already under conservation, or specific details on how it will conduct its tally over the next decade.

The administration acknowledged this absence, saying it reflects, in part, the fact that "not every parcel of land or water is equal" in terms of the program’s overall goals, which include shoring up biodiversity, addressing climate change and creating equitable access to nature.

"This discussion should start with a recognition that, at its core, President Biden’s conservation vision is about doing better for people, for fish and wildlife, and for the planet," the report states. "There is no single metric — including a percentage target — that could fully measure progress toward the fulfillment of those interrelated goals."

Instead, the Biden administration will establish an "American Conservation and Stewardship Atlas," to house data on various lands and waters managed for conservation or restoration, as well as an annual report "on the health of nature in America."

"We will be measuring progress based on real outcomes and benefits of conservation and restoration efforts in the lives of people and in the health of ecosystems, rather than solely by scale," Mallory explained.

The atlas will be designed by an interagency group led by the U.S. Geological Survey, USDA’s Natural Resources Conservation Service and NOAA, along with CEQ, Interior, and other USDA and Commerce agencies.

"This is really the kickoff of an interagency working group that is going to be developing a plan," McCarthy acknowledged. "This is an exciting start. It’s not the end."

Although Interior had relied on data compiled by the U.S. Geological Survey in the lead-up to today’s report, officials noted those figures, drawn from the agency’s Protected Areas Database of the United States, or PAD-US, do not include significant portions of land already under conservation.

USGS data shows only 12% of the nation’s lands are permanently protected in a natural state, as are about 23% of its oceans. Those figures do not include multiple-use lands already under agencies like the Bureau of Land Management or Forest Service, or tribal lands (Greenwire, April 16).

"We recognize that this is just the beginning. We look forward to more formal and informal ways to engage people across America to shape and guide the America the Beautiful initiative in the weeks, months and years to come," Haaland said.

Although officials could not provide a specific dollar figure for what the Biden administration will invest in its conservation plan, McCarthy pointed to the Great American Outdoors Act — enacted in August, which ensures permanent funding for the Land and Water Conservation Fund — as a "down payment on how we look at conserving our lands and waters."

"It’s a visionary blueprint for how we can work together to recover the one-third of wildlife species at heightened risk of extinction, revitalize rural and urban communities, strengthen the outdoor economy, and bolster resilience to escalating climate-fueled megafires, floods, and hurricanes," said National Wildlife Federation President and CEO Collin O’Mara, who touted the proposal’s lack of "regulation and designations."

"The plan released today recognizes the current pace of conservation is not enough, and that we need to engage tribes, all stakeholders and communities to achieve a 30% conservation goal that will bring effective, lasting and equitable results," Scarlett said. "Protected areas and federal designations are important, but integrating other management authorities and working waters, lands and oceans is also necessary to achieving this goal."

Arkansas Rep. Bruce Westerman, the top Republican on the House Natural Resources Committee, commended the administration for clarifying its focus on conservation but asserted that the report "still falls short of a serious proposal."

"It is clear the administration is currently unable to answer these questions, given the report’s concerning call for a federal government-led ‘Atlas,’ aimed at collecting data on federal, state, tribal, county and private lands and waters," Westerman said. "Although I am pleased to see the administration is finally publicizing information on a previously undefined goal, the lack of specific details in the report is unacceptable."