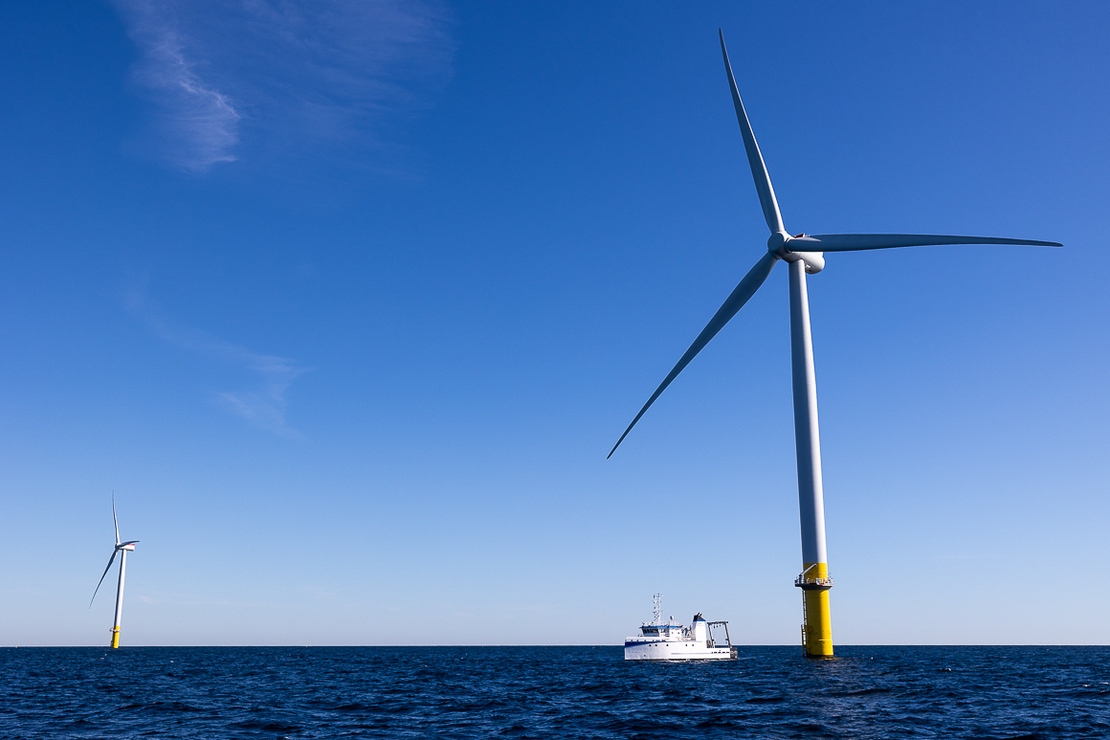 The Biden administration announced today it is weighing a future round of offshore wind auctions by inviting feedback on potential leasing in the deep waters off the Mid-Atlantic states and the Oregon coast.

It’s the latest move from the renewables-focused Interior Department to kick-start the nascent industry in the United States during Biden’s first term by approving the first fleet of offshore wind developments, auctioning federal waters for future projects, and advancing potential new areas for lease.

The Bureau of Ocean Energy Management will prepublish the invitation for public and industry feedback tomorrow in the Federal Register, weighing eight potential wind energy areas in the ocean.

Two of those wind areas, representing more than 1.1 million acres roughly 12 nautical miles from shore, are being considered off the Oregon coast. An additional six areas, totaling 3.9 million acres, will also be evaluated. Those span from Maryland to North Carolina, including two in deep water as much as 56 nautical miles from the mid-Atlantic shore.

Interior Secretary Deb Haaland said in a statement that these steps to advance offshore wind are needed to “tackle the climate crisis, reduce our emissions to reach President Biden’s bold goals, and advance environmental justice.”

The calls for nominations are some of the first steps BOEM takes in identifying where offshore wind may be appropriate in a multiyear process that ends with competitive auction. They serve two purposes. First, they allow the public to weigh in on issues like marine life in the proposed areas. Second, they invite industry to identify areas that companies believe are ripe for development.

Narrowed-down versions of these call areas may become wind energy lease areas, once issues like fishing grounds, endangered species impacts and military use have reduced their scope. Those lease areas are then sold at auction to wind developers.

The wind areas would represent an ambitious expansion of the current offshore wind leasing footprint in the United States that’s clustered off the coast of New England, where wind resources are prime and demand for clean energy is high.

The Biden administration earlier this year made a similar call to gauge industry interest in leasing in the Gulf of Mexico, where offshore oil and gas infrastructure and supply chains have shown interest in a future offshore wind sector.

The administration has also advanced new leasing since taking office, including a record-breaking $4.4 billion lease auction in the New York Bight earlier this year. It will conduct a competitive auction for two areas off the coast of North Carolina next week and hold a third sale off the California coast in the fall.

This is in line with President Joe Biden’s goal to deploy 30 gigawatts of offshore wind power by 2030 and the Interior Department’s promise to approve 16 offshore wind arrays and hold seven offshore wind auctions by the end of Biden’s first term to meet that goal.

Bureau of Ocean Energy Management Director Amanda Lefton, speaking from an industry event in Atlantic City today, said she is fully committed to efforts to “toss uncertainty” for the fledgling industry as it navigates federal permitting.

“Ensuring that we have a pathway to advance projects and lease sales is my No. 1 priority,” she said at the International Offshore Wind Partnering Forum, where she announced the Oregon and Atlantic calls for information.

“This is really meant to remove the guesswork about where we’re heading, and inspire confidence in the market,” she said, while nodding also to the role offshore wind can play in combating worsening climate change.