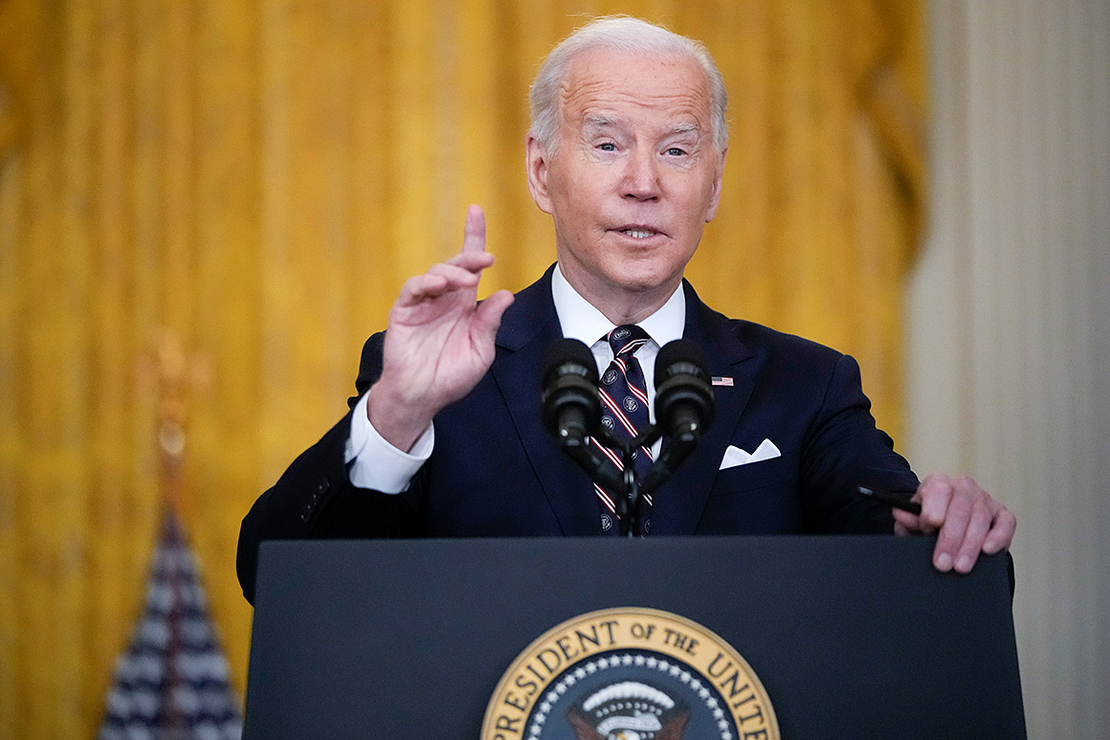 President Biden this afternoon announced what he called the first tranche of sanctions the United States will levy against Russia for its encroachment on Ukraine.

“Who in the Lord’s name does Putin think gives him the right to declare new so-called countries on territory that belongs to his neighbors?” Biden asked during an address from the White House this afternoon.

It remains unclear whether the United States will act against the Nord Stream 2 natural gas pipeline following the decision from Germany this morning to halt the certification of the $10 billion project — which is already complete — to connect Russian gas to European markets (Greenwire, Feb. 22).

Biden took credit for that decision in conjunction with German allies, but he did not offer guidance on whether the United States would impose new sanctions against companies backing the pipeline.

The new sanctions package is set to include measures against VEB, one of Russia’s largest investment companies, as well as against Russia’s military bank. The sanctions also prevent international financing of Russian debt.

“That means we have cut off Russia’s government from Western finance,” Biden said.

Biden’s announcement corresponded with an acknowledgment from the White House that actions to punish Russia may have some global consequences, including at the gasoline pump. Lawmakers have kept that in mind as they mulled a sanctions package of their own (E&E Daily, Feb. 16).

Crude oil prices have already begun to surge near $100 a barrel amid fears Russia could reduce output to punish the West. Biden today vowed to take action to prevent prices from spiking, although he did not offer specifics.

“As I said last week, defending freedom will have costs for us as well, and here at home we have to be honest about that,” Biden said. “But as we do this, I want to take robust action to make sure that pain from our sanctions is targeted at the Russian economy, not ours.”

He added: “We are closely monitoring energy supplies for any disruption. We are executing a plan in coordination with major oil-producing consumers and producers toward a collective investment to secure stability in global energy supplies.”