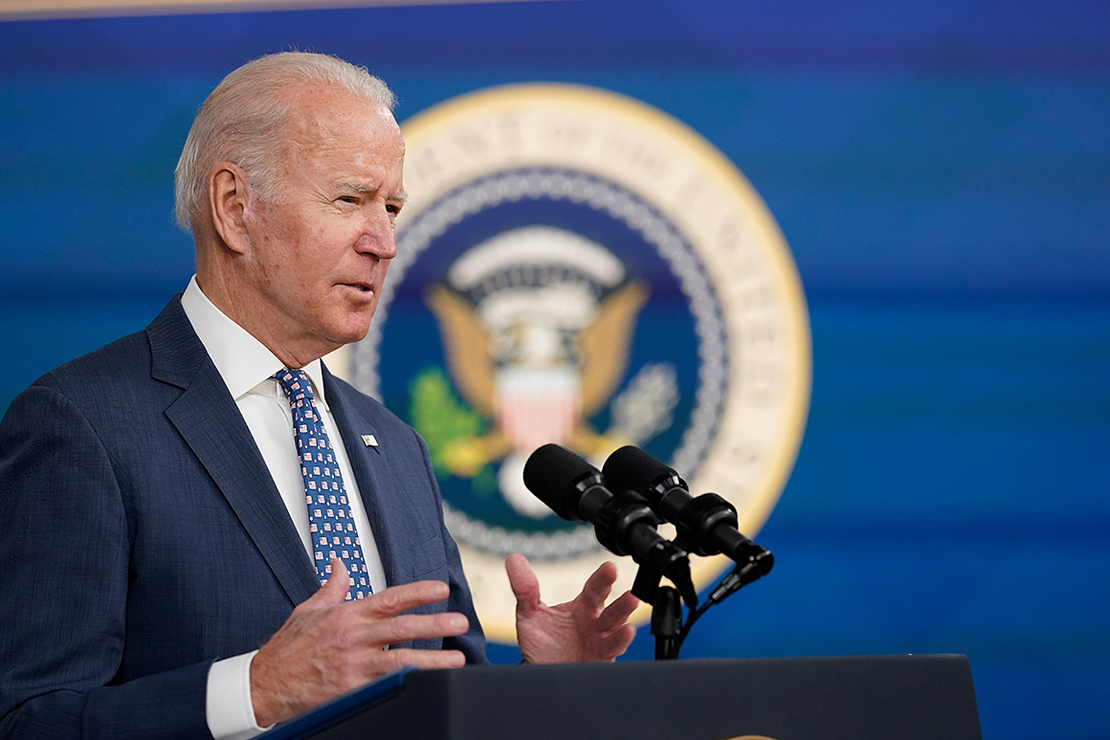 Hammered by high gasoline prices, President Biden announced this morning that the Department of Energy will release 50 million barrels of oil from the Strategic Petroleum Reserve in an effort to lower prices.

The announcement comes in coordination with other major energy-consuming nations, including China, India, Japan, the Republic of Korea and the United Kingdom.

The White House said 32 million barrels will be an exchange over the next several months, releasing oil that will eventually return to the Strategic Petroleum Reserve. The other 18 million barrels are part of a sale of oil that Congress had previously authorized.

The White House said the effort "culminates weeks of consultations with countries around the world" and said the effort is already working with oil prices dropping nearly 10 percent since reports of the effort became public.

The push comes as the White House remains committed to reaching its net-zero carbon emission goals, a senior administration official told reporters on a call this morning,

The Biden administration attributed the price spike to pandemic recovery and a senior official told reporters that Biden "stands ready to take additional action, if needed, and is prepared to use his full authorities working in coordination with the rest of the world to maintain adequate supply as we exit the pandemic."

Energy Secretary Jennifer Granholm said "as we come out of an unprecedented global economic shutdown, oil supply has not kept up with demand, forcing working families and businesses to pay the price." She said the "action underscores the president’s commitment to using the tools available to bring down costs for working families and to continue our economic recovery.”

The U.S. and other consumers have a long-standing treaty, developed after the oil embargoes of the 1970s, to manage oil disruptions caused by wars or natural disasters. The latest proposal would take the idea a step further, with big oil-buying nations working together to smooth out price disruptions, said Kevin Book, managing director of Clearview Energy Partners.

“If it is in fact a coordinated draw for price management rather than emergency management, it would be essentially a first-of-its-kind event,” he said prior to the White House announcement.

The gamesmanship is the latest round in the Biden administration’s campaign to ease the political and economic pressure caused by inflation and rising oil prices. It also comes less than a week after federal analysts told lawmakers that a SPR release would have almost no effect on gasoline prices in the long term (Energywire, Nov. 17).

For weeks, some Democrats — including Sens. Elizabeth Warren (D-Mass.) and Jack Reed (D-R.I.) — have pressed Biden to consider an SPR release, as well as other “tools” like a ban on crude oil exports (Energywire, Nov. 10).

Yesterday, Rep. Steven Horsford (D-Nev.) repeated those calls to Biden, saying, “tapping our nation’s oil reserves is a key step forward to stabilize gas prices and help Nevadans recover from the economic damage of the pandemic.”

“While pulling some crude from SPR could be helpful in the event of extreme supply disruptions … it would do little to actually affect gasoline prices in the near term and may even do more harm than good in the long term,” said Anne Bradbury, CEO of the American Exploration & Production Council, in a statement.

“The Biden Administration … should support made-in-America oil and natural gas as a tool to help keep energy costs low and stable,” Bradbury continued.

A source familiar with the White House’s thinking said the administration wants to put pressure on OPEC ahead of its meeting next week. But several ministers from the group, which consists of Saudi Arabia and its allies, have been clear they might not agree to release as much crude as planned if there are earlier releases from national reserves, the source noted.

Book at Clearview Energy Partners said Biden has a few other options to manage oil prices, including bills in Congress aimed at curbing OPEC’s power, but said that the administration’s “aggressive jawboning” has already helped ease oil prices.

“Both sides are trying to talk to markets, and it looks like they’re getting plenty of receptivity,” he said.

Oil prices dropped into the basement during the early days of the pandemic and recession, but started to increase this year as the global economy recovered. OPEC agreed to cut production during the downturn to help stabilize prices.

But the oil-producing bloc has been cautious about ramping up its output this year, which has pushed prices higher. The benchmark price for U.S. oil rose above $80 a barrel in the fall, higher than the price before the pandemic hit.

Prices fell about 5 percent last week as news of the administration’s plan spread through the market.

More downward pressure on prices came over the weekend, as Austria announced that it was reimposing travel restrictions to cope with a rise in COVID-19 cases, according to analysts at Rystad Energy. Germany was considering similar steps.

“If a new wave of lockdowns are enacted in Europe, oil prices will not be spared during the remainder of the flu season in the North Hemisphere,” Rystad’s senior oil analyst Louise Dickson said in a research note yesterday.

Biden spent the summer trying to control the message on gasoline prices.

Biden’s national security adviser, Jake Sullivan, appealed directly to OPEC in August to ramp up its production. In August, the Energy Department released 1.5 million barrels from the SPR to help cope with a price spike caused by Hurricane Ida (Energywire, Sept. 3).

Biden has asked the Federal Trade Commission to investigate the possibility of price gouging in the fuel industry. Yesterday, White House press secretary Jen Psaki referenced that probe, saying “we will continue to press oil companies who’ve made record profits and are overseeing what we consider to be price gouging out there.”

The administration also hasn’t publicly announced a strategy to deal with the rise in natural gas prices, which have more than doubled this year. That could be a longer-term drag on the economy this winter since gas serves as a raw material in fertilizers and plastics and also fuels about 40 percent of the U.S. electric fleet and nearly half of home furnaces (Energywire, Oct. 21).