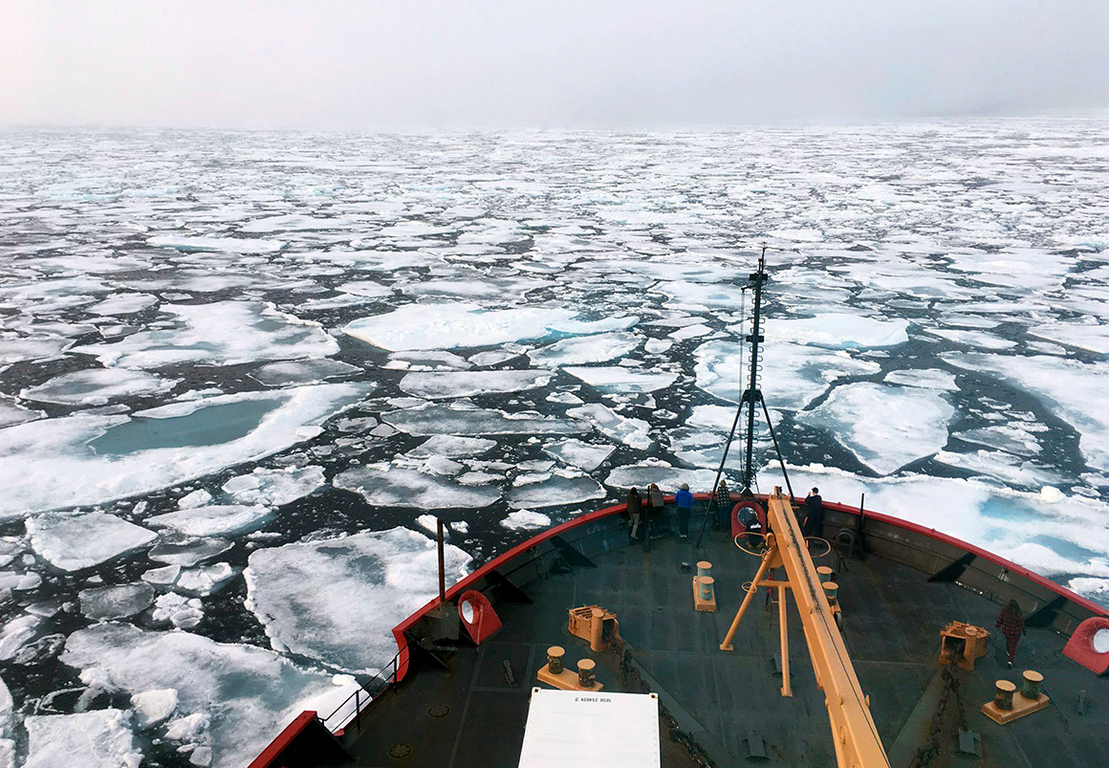 Coast Guard icebreaker Healy on a research cruise in the Chukchi Sea of the Arctic Ocean in summer 2018. Devin Powell/NOAA via AP

The agency underwent a major shake-up when Biden asked and then forced four Trump appointees to resign due to a lack of qualifications in early September, according to Arctic Today.

Biden’s appointees make up a diverse and geographically connected body: One-third of the appointed commissioners are Indigenous, half are women and two-thirds are residents of Alaska, according to a press release from the White House.

Sfraga is the founding director of the Polar Institute and leads the Global Risk and Resilience Program at the Woodrow Wilson International Center for Scholars. He is from Alaska and focuses his expertise on the changing geography of the Arctic, including the effect it may have on the global political, environmental and social landscape.

Before Sfraga took the reins, Kennedy was appointed as chair of the commission in March. He will continue as a member with Biden’s announcement. Kennedy worked for 30 years at NOAA, which culminated in his role as senior policy adviser for the Arctic region.

Cravalho is vice president of lands for NANA Regional Corp., an Alaska Native corporation owned by the Iñupiaq people of northwest Alaska, and she provides leadership for company programs focused on environmental protection and preserving subsistence use of company lands for local communities.

Myers is a trained geologist and vice chancellor for research at the University of Alaska, Fairbanks, with an over 40-year career in Arctic research, management and policy. He has served in leadership positions for the Interior Department and state of Alaska.

Also with Arctic research chops, Richter-Menge worked for 34 years at the Army Corps of Engineers’ Cold Regions Research and Engineering Laboratory in Hanover, N.H. She gained firsthand Arctic experience by leading or participating in more than 20 field programs and now is a research affiliate with the University of Alaska, Fairbanks.

Vo is a lifelong Alaskan and a program officer at the Rasmuson Foundation on its grant-making team. She started her career as her hometown’s first female city manager, going on to become a health planner facilitating tribal management of statewide Alaska Native health services and becoming executive director of the Alaska Inter-Tribal Council, a former statewide advocacy group for Alaska’s 229 federally recognized tribes.

Legislation forming the commission dictates that it consists of four members from academic or research institutions, two members from private industry undertaking commercial activities in the Arctic, and one member from among the Indigenous residents of the Arctic. It is a seven-person commission but also includes the director of the National Science Foundation, who serves as a nonvoting member.

One member is still to be named by the White House, according to the commission’s website.