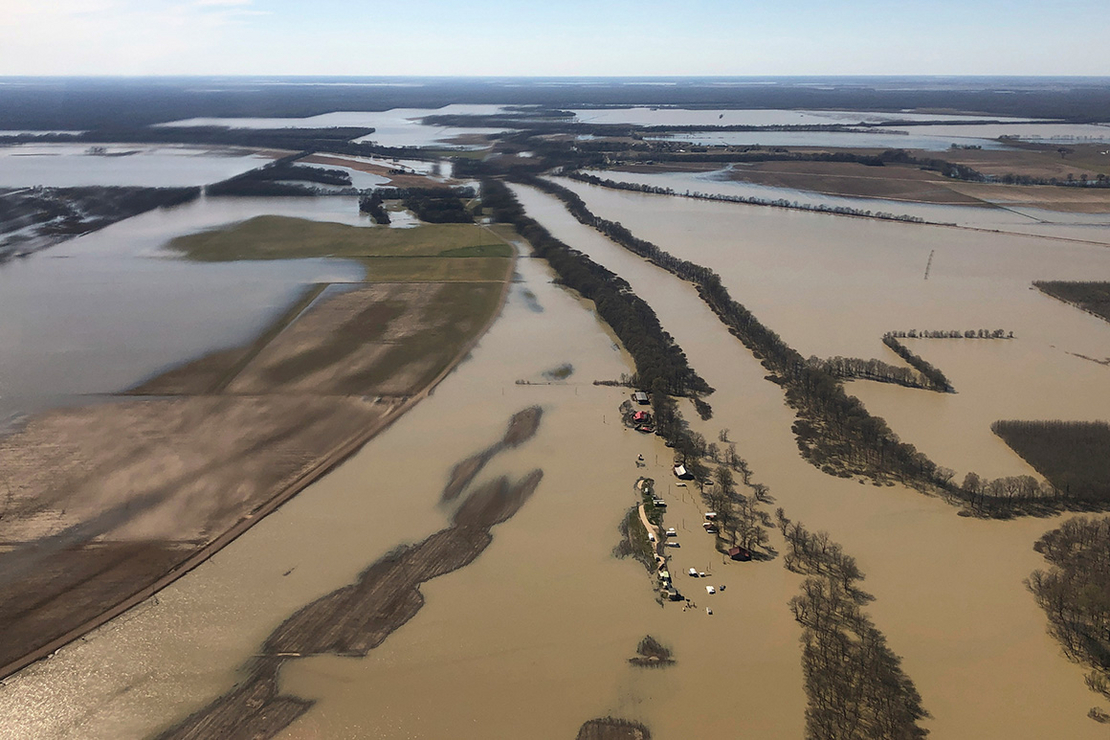 The Biden administration is reversing a Trump-era decision to greenlight a controversial flood control project in Mississippi, another chapter in a yearslong drama that has deepened political fissures and triggered legal brawls.

Trump administration political appointees were wrong to conclude the Yazoo Pumps project in the Mississippi Delta is no longer subject to a rare veto applied in 2008 under the George W. Bush administration, Radhika Fox, EPA’s top water official, wrote in a 33-page memo to the Army Corps of Engineers. The memo was also filed in district court as part of an ongoing lawsuit filed by environmental groups attempting to block construction of the pumps.

Today’s decision arrives on the heels of E&E News revealing Trump political appointees rushed to approve the project despite objections from career scientists over the effects the pumps would have on large swaths of fragile wetlands that provide critical habitat, filter pollution and buffer flooding (Greenwire, Aug. 27).

Authorized by Congress in 1941, Yazoo Pumps — a combination of levees, floodgates and pumps — has been touted as a critical means of preventing frequent flooding of hundreds of thousands of acres in the Mississippi Delta. But critics say the pumps — the last part of the project to be built — would drain tens of thousands of acres of ecologically important wetlands.

Fox in the memo to Jaime Pinkham, a top Biden official at the Army Corps, specifically took issue with a memo that former Region 5 Administrator Mary Walker penned last year, which found changes made to the pump project under the Trump administration meant it was no longer subject to the veto. Fox said that letter “inaccurately describes” the scope of the veto and construction of the pumps is still barred under the 2008 decision.

Fox went on to lay out factors under which a veto applies, faulted the Trump administration for not providing supporting documents, and said the pumps fit squarely in the project area and are prohibited by the veto.

She also emphasized that her comments don’t apply to any potential future plans the Army Corps might propose and that EPA is willing to collaborate to build upon technical and scientific analysis that has emerged since 2008. But EPA, she said, is ultimately worried about the effects of severe flooding on residents in the lower Mississippi Delta, a majority-Black, low-income region.

“EPA stands ready to work with the Corps and other stakeholders in the region,” she wrote, “to find a path forward that addresses flooding concerns in an environmentally protective manner.”

EPA Administrator Michael Regan, who is traveling across the South on a “Journey to Justice” tour to highlight environmental justice, said in a statement that he visited the Yazoo backwater region earlier this week and witnessed a “truly challenging dynamic” there. Notably, former EPA Administrator Andrew Wheeler, who touted his approval of the project as addressing an environmental injustice, also visited the region.

Regan echoed Fox’s sentiment in a statement, saying EPA understands the urgency of hammering out a solution and is willing to work with federal partners and stakeholders on a “transparent process” to alleviate flooding there in a “durable and environmentally protective” way.

Regan also signaled his concern regarding the memo from Walker and the Trump administration’s failure to heed warnings from career scientists.

“In the 11th hour of the previous Administration, the Yazoo Pumps Project was approved,” EPA wrote in the release, and “project elements that were vetoed by the Bush Administration in 2008 were given a green light.” The decision by EPA leadership last year to approve the pump project, the agency added, “failed to reflect the recommendations from the career scientists and technical staff.”

According to documents E&E News obtained under the Freedom of Information Act, career scientists said that political leadership at the time had failed to heed their warnings about the project’s impact on a large swath of wetlands in the Mississippi Delta, and that it failed to meet Clean Water Act requirements for protecting wetlands that provide critical habitat, filter pollution and buffer flooding.

While EPA’s announcement was welcomed by environmental advocates who sued EPA over its decision to allow the pump project to move forward, the move is already riling lawmakers who have for years fought to permit and fund the construction of the pumps.

Mississippi Republican Sens. Roger Wicker and Cindy Hyde-Smith, outspoken champions of the project, blasted EPA’s decision in statements. Hyde-Smith called it an “absolutely terrible day” for residents of the Mississippi Delta and accused Democratic Rep. Bennie Thompson of destroying the project and “taking one position in his district but working against it in Washington.”

Thompson asked for an investigation of EPA’s handling of the pumps after E&E News revealed senior scientists said they were ignored (E&E Daily, Nov. 4).

“This EPA action is an abuse of discretion and couldn’t be more arbitrary or capricious,” Hyde-Smith said. “It also opens the door to a host of legal questions that should, and will likely, be challenged.”

“The federal government authorized the pumps 80 years ago, but the project has been held up by bureaucrats and red tape ever since,” he said. “Today’s action means that roads will continue to be impassable, deer and other wildlife and plant life will die, hypoxia will kill fish, small businesses will shut down, and residents will continue to be forced to leave their houses.”

Wicker said that 94 percent of the homes this project would save from the 100-year floodplain are minority-occupied, and that EPA’s decision “amounts to an environmental injustice.”

The Board of Mississippi Levee Commissioners, which supports the project and has intervened in the lawsuit against EPA, said the agency chose to ignore the concerns of their community.

“There is no project that better meets the goals of environmental justice as prioritized by the Biden Administration and Administrator Regan, and without pumps, there is no relief from annual devastating flooding,” the board said in a statement. “The lives and livelihoods of our neighbors, 62 percent of whom are people of color and 28 percent living below the poverty line, are our priority. The Levee Board will consider all options, including potential legal action, to advance this essential project.”

Still, groups including American Rivers, Earthjustice and the Sierra Club said in a statement that EPA’s decision to reinstate the Clean Water Act protections and block the $440 million pump project will protect some of the nation’s richest wetlands and waters that provide habitat for over 28 million migrating birds each year.

They also called on the Army Corps and EPA to quickly vet alternate projects.

“Communities throughout the Mississippi River basin are already putting commonsense flood measures, such as elevating homes and paying farmers to restore cropland back to wetlands, to good use,” said Olivia Dorothy, certified floodplain manager and restoration director for American Rivers. “Federal programs and significant funding are available now to provide these same protections for people’s lives, property and livelihoods in the Yazoo backwater area.”

The groups are separately suing the Army Corps in a federal lawsuit over the agency’s approval of the pumps.