Biden: Camp Hale monument will protect one of nation’s ‘treasures’ 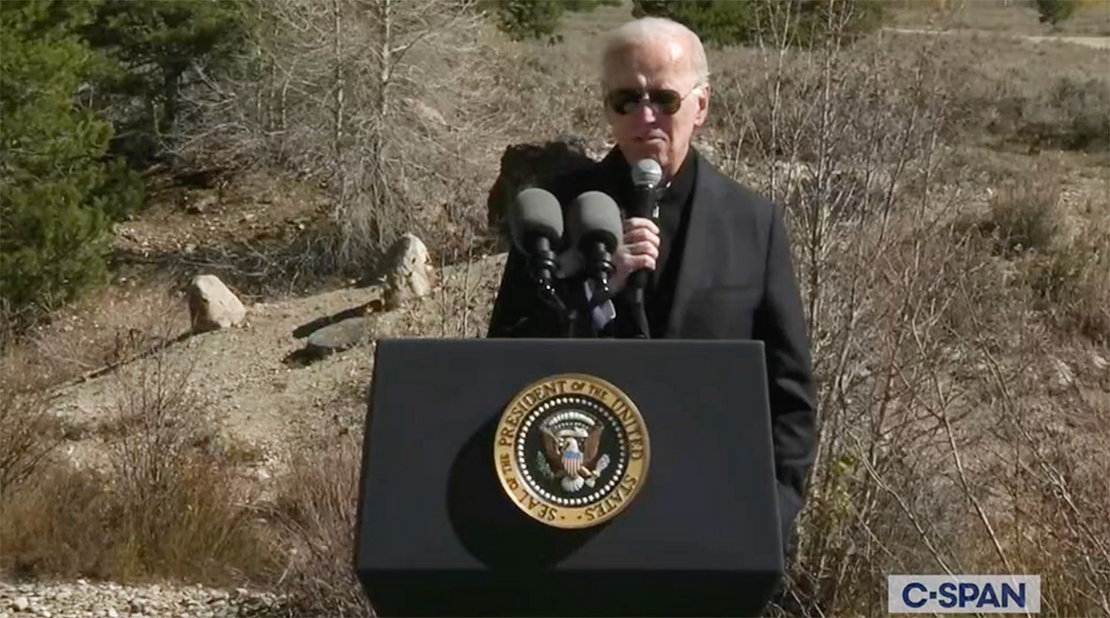 President Joe Biden touted the creation of his first original national monument Wednesday, highlighting the “natural beauty” at the site of a former military camp in Colorado surrounded by the Rocky Mountains.

“There are treasures and wonders that define the identity of us as a nation that are a birthright that we pass down from generation to generation and they unite us and that’s what today is all about,” Biden said. “It’s for all the people across America and the world.”

Biden’s action marked his first use of the Antiquities Act of 1906 — which allows presidents to set aside existing federal lands to protect areas of historic, scientific or cultural interest — to create an original monument.

Last year, Biden utilized the act to restore more than 2 million acres of public lands to a pair of monuments in Utah, as well as restrictions to a marine monument off the coast of Massachusetts.

His actions reversed cuts made by former President Donald Trump, which drew legal challenges that remain pending in federal court. Biden alluded to this history in his remarks Wednesday about the permanence of the step he was taking.

“It’s a permanent decision. An action that no future president can overturn,” Biden said.

Biden also acknowledged his administration’s parallel decision to implement a two-year pause on new leases or mining claims in the 225,000-acre Thompson Divide, the first step in an expected 20 year mineral withdrawal of that area (Greenwire, Oct. 12).

“There’s no current or planned oil exploration production in the area,” Biden emphasized. “We’re just keeping things as they’ve been for a long time for the next 20 years.”

During his remarks, Biden credited Bennet with pressuring him to move on the monument.

“I said, ‘I’ll do it,'” Biden said of his meeting with Bennet. “I was worried he’d never leave the damn White House.”

Colorado lawmakers publicly pressed Biden to use executive action to designate Camp Hale as a monument beginning in August, as efforts to protect the site via legislation stalled on Capitol Hill (Greenwire, Aug. 26).

Bennet, who is locked in one of the most competitive Senate races in the midterm election, touted the historic importance of the former military training site, and joked: “You have excellent taste, Mr. President, for your administration’s first national monument designation. ”