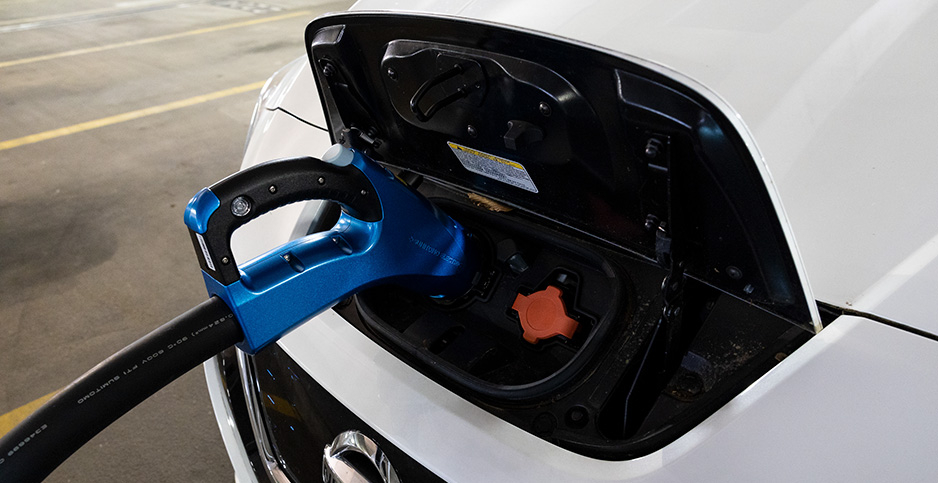 If the Biden administration tries to incentivize electric vehicle sales using soon-to-be-released car rules, the move could backfire and slow the transition to EVs, according to a new working paper from the National Bureau of Economic Research (NBER).

Authored by Yale University economist Kenneth Gillingham, the paper released this week scrutinizes the Obama-era strategy of giving automakers extra credit under the regulation for selling EVs, by counting each EV sale twice.

That “multiplier” concept, which was axed under Trump, may have once been a good idea, since it effectively forced automakers to innovate EV technologies that wouldn’t otherwise have commanded companies’ attention, wrote Gillingham.

But as EVs grow more competitive on cost with gas cars, he concluded, companies would find them easier to sell, he wrote.

Awarding double credit for those sales, in turn, would allow companies to meet the overall car rules more easily, since federal regulators would base compliance on the emissions and efficiency of a company’s entire fleet of vehicles.

But instead of making a sustained push to increase the number of EV sales, automakers might simply sell what was necessary to relieve pressure on the rest of the fleet, since they could reap larger profits by also continuing to sell less-efficient cars. That could actually end up reducing EVs’ market share, and potentially increase CO2 emissions from a company’s gas cars, found Gillingham.

“If the Biden administration’s goal is to increase EV sales, it would be counterproductive to include the multipliers,” he said in an interview.

Whether or not to award extra credit under federal regulations for EVs is likely a key point in ongoing negotiations over the shape of the Biden administration’s rules, which are being drawn up jointly by EPA, which is responsible for vehicle emissions standards, and the Department of Transportation, which handles fuel efficiency.

The auto industry has championed the multiplier, including in a February document from the Alliance for Automotive Innovation, but it’s unclear whether the administration will embrace the option.

The working paper was reviewed by editors prior to inclusion in an upcoming NBER book, Gillingham said, although it didn’t pass through the lengthy peer-review process used for academic journals.

It emerges as the administration prepares to release its draft version of the rules, which will later pass through a public comment before being finalized.

Many clean transportation advocates see the pending regulations as one of the few ways that the Biden administration can promote EVs without needing support from Congress. They were also a major battleground under Obama and Trump, a dynamic that is expected to repeat under Biden. Environmentalists are urging the administration to speed the transition toward EVs, culminating with a 100% sales mandate for 2035, while the auto industry tries to pull regulators toward greater leniency.

Initial details about Biden’s draft rules suggest that they will require 3.7% annual reductions in emissions through 2025 — a level on par with what five automakers agreed to observe in a 2020 deal with the state of California, but less than what the Obama rules called for. After 2025, the draft rules would call for 5% reductions, on level with the Obama-era version (Climatewire, July 28).

Gillingham’s paper argues that rather than giving extra credit for EVs, there should be a ramp-up of the overall stringency of emissions and fuel efficiency requirements.

It also floats the idea of enacting a second set of vehicle standards applying exclusively to gas cars. Known as a “backstop standard,” such a plan would go into effect only if EVs were to suddenly become inexpensive — due to a breakthrough in battery production, for instance — and more widespread. The aim would be to ensure the automakers didn’t peel back gains in gas cars’ efficiency and emissions simply because they were selling lots of EVs.

“The worry is that the automakers would step back from today’s level of [gas car] technology,” said Gillingham.

As federal regulators put the last touches on the draft rules, other branches of government are unveiling new plans to turn the car market toward EVs. The White House said yesterday that it would tighten Buy American requirements for federal purchases, including for energy. The Energy Department has already been buying electric fleet vehicles made in the U.S. or with American-made batteries, it said, and the General Services Administration has started procuring energy-efficient technologies.

Those purchases would “help guarantee a reliable market” for U.S.-made clean energy, said Biden at an event in Pennsylvania. A bipartisan infrastructure deal in the Senate, announced yesterday afternoon, also holds new funding for EVs. $7.5 billion would go toward building out a national network of chargers — about half the amount included in last month’s infrastructure framework. School districts would also get $2.5 billion for zero-emission school buses, and the same amount for “low-emission buses,” according to the White House.

At a separate event yesterday near DOE headquarters, Energy Secretary Jennifer Granholm announced that DOE has awarded $60 million to 24 projects focused on reducing emissions from heavy- and light-duty trucks, as well as cars. The research and development projects will focus on developing next-generation lithium batteries with improved life span and lightweight materials to increase passenger and commercial vehicle efficiency, reducing exhaust emissions, and developing tools to understand charging infrastructure needs for medium- and heavy-duty EVs.

Granholm also showcased two electric big rigs made by PACCAR Inc., which has received past DOE research and development funding.

The trucks, Granholm said, “show us that the clean energy future is within reach.”