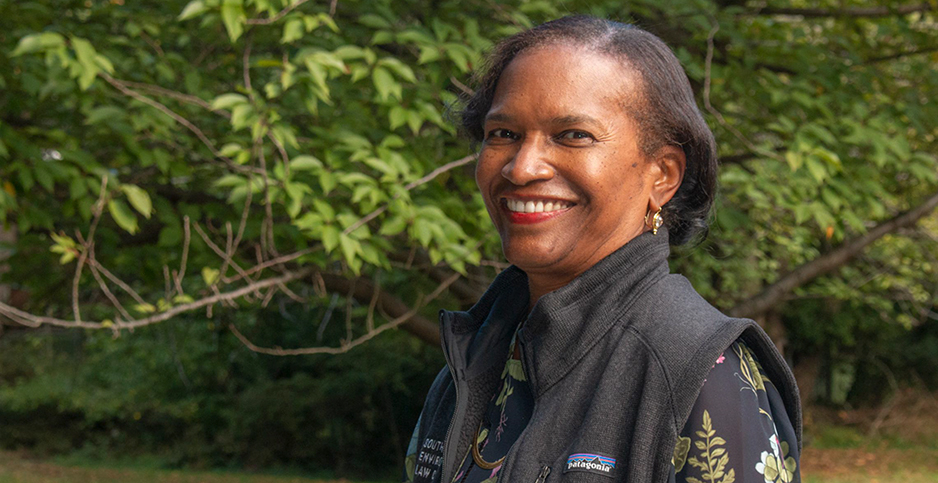 Many observers see Biden’s Council on Environmental Quality nominee as a sign that he will prioritize redoing the National Environmental Policy Act rules — not only to undo President Trump’s recent changes but also to boost requirements on issues like climate change.

"The selection of Brenda Mallory suggests they will be acting rapidly to strengthen NEPA," Will Toor, executive director of the group Colorado Energy Office, said on a panel last week hosted by Politico.

Advocates have been searching for clues to figure out exactly what the Biden administration will tackle first. Some think clean car standards, an electric vehicle initiative, energy efficiency or biofuels might get bigger play.

Yet Mallory, who has served as an attorney at CEQ and EPA, offers deep experience in intricate regulatory matters.

She recently wrote as part of the Climate 21 Project that redoing NEPA rules should be tackled in the first 100 days of the new administration.

And she previously told E&E News that the Trump administration’s CEQ changes, finalized this year, "found a way to get at the heart of NEPA" by excluding certain projects from the process entirely (E&E News PM, July 15).

"The [Trump] rule narrows what the agencies are looking at in a way that obscures what is really happening," she said. "You almost don’t have a choice but to remove the whole thing."

Historically, CEQ has been a fairly low-profile White House bureau that oversees the permitting of projects like highways and bridges that rely, at least in part, on federal dollars.

In recent days, as Biden prepares to take power, some activists have described CEQ as an agency that could block oil and gas projects planned for Black and other minority communities.

In reality, CEQ cannot veto projects but can considerably slow them down by directing agencies to more carefully study, for instance, the cumulative impacts of multiple facilities in a region.

The role of CEQ will be all the more important in the coming years as the federal government seeks to quickly build out green infrastructure in a way that inflicts minimal damage to the environment and places that are already overrun by polluting industries.

During a Saturday event with Biden, Mallory said the president-elect’s Build Back Better plan would "breathe new life into the CEQ."

Activists in recent days called the selection of Mallory a "historic choice" and urged the Biden team to elevate the role of the CEQ chair.

"We think that she has great potential to certainly transform CEQ to be more responsive to environmental justice concerns, and certainly getting NEPA back on track from the rollbacks from Trump is important," said Peggy Shepard, president of the group We Act for Environmental Justice.

"We also realize that even before Trump, NEPA needed to be strengthened," she said. "The public input is not robust and needs to be revisited."

‘Faces of the marginalized’

Mallory, observers said, has been in the trenches on federal environmental policy for decades. Currently the director of regulatory policy at the Southern Environmental Law Center, Mallory served as the Obama CEQ’s general counsel in the White House.

Before that, she worked at EPA, rising to the role of deputy general counsel. She has also worked for the law firm Beveridge & Diamond.

The daughter of a pastor in Waterbury, Conn. — "a town not so different from Scranton, Pa.," she said — Mallory grew up learning the importance of "tackling community challenges."

Mallory earned a scholarship to a prestigious all-girls high school, Westover School, and later became the first person in her family to go to college at Yale University.

She did not set out to specialize in environmental issues, she said, but soon realized the practical implications of decisionmaking.

"I know the faces of the marginalized, and I appreciate the challenges of urban pollution," she said. "While the words ‘climate change’ and ‘environmental injustice’ were not part of the vernacular, the evidence of their impacts was all around."

In recent days, environmental justice advocates have celebrated Biden’s picks for top environmental posts in his administration, particularly New Mexico Democratic Rep. Deb Haaland for Interior secretary. Rep. Alexandria Ocasio-Cortez (D-N.Y.) said last week that she was "over the moon" about the choice.

Omar Muhammad, executive director of the Lowcountry Alliance for Model Communities, found Mallory’s selection "encouraging" — even if he was hoping the CEQ role would go to well-known environmental advocate Mustafa Santiago Ali.

Muhammad says he has used NEPA mitigation funds to give students grants for college, among other things, after he fought plans to move a port from an affluent neighborhood to an impoverished town in North Charleston.

On a call last week with the Biden team — his fifth or sixth — he implored the incoming administration to prioritize NEPA.

"Even when he was in the primary, we had conversations with [the Biden team] about how NEPA was important," he said, adding, "I do believe they see the value in NEPA."

In particular, he pushed the Biden team to consider incorporating health assessments in the NEPA process. He also called for extending public input to better accommodate people working 9-to-5 jobs.

Shepard of We Act scoffed at the idea that ordinary people had the time and expertise to read a 1,000-page document that engineers had spent a year writing — and then had just two minutes to provide oral comment.

"I mean, come on," she said. "There shouldn’t be public comment — there should be public engagement."

In the Trump era, CEQ only held public hearings in Washington and Colorado when it was redoing NEPA rules — but "none in the South or areas that have been damaged by pollution," noted Kerene Tayloe, a director at We Act.

During those CEQ hearings in February, speakers from all over the country filed to the podium to talk about the environmental pollution in their area (Greenwire, Feb. 25). Others wrote in, saying proposed changes to NEPA rules amounted to "environmental racism" (Greenwire, March 12).

"Someone who knows the players in environmental justice — someone who has actually done it," she said, adding that person could work closely with Mallory.

"This is a president-elect who has laid out a platform for environmental justice and civil rights enforcement, and this rule contravenes that platform," she said. "So I can’t imagine that it wouldn’t be a priority."