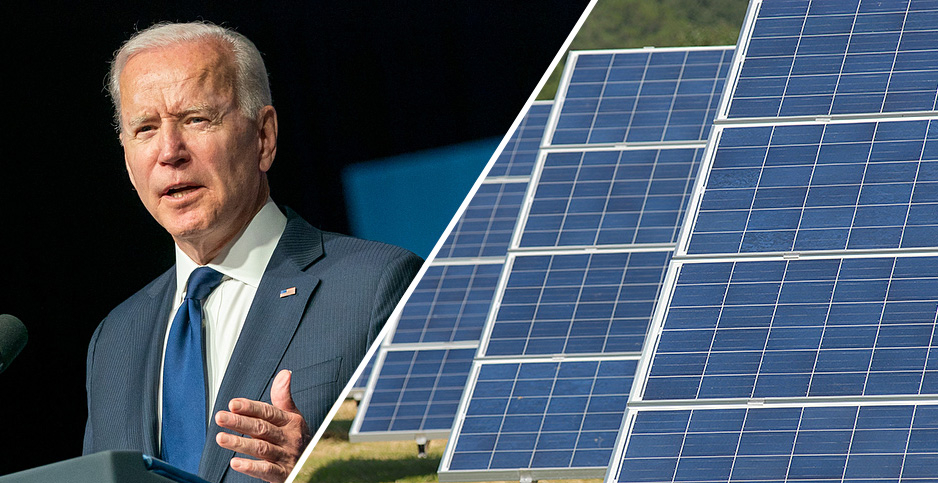 President Biden’s goal to create a carbon-free power sector by 2035 is seen as a sprint because of the pace required to deploy vast amounts of wind and solar energy and battery storage to displace fossil fuels.

A better analogy might be an obstacle course. Even if Congress passed a clean electricity standard, barriers would remain. Interconnection queues to the grid are backlogged. Billions of dollars of transmission will be required to connect new wind and solar farms to cities.

Perhaps the most difficult challenge? According to former President Trump’s infrastructure czar, it’s the many regulatory approvals needed to site and build projects.

"It is absolutely a choke point," said D.J. Gribbin, who served in the White House during the Trump administration as the nation’s first special assistant to the president for infrastructure. "The constraint is not capital. The constraint is the ability to actually build new facilities."

From federal and state environmental permitting requirements to local siting decisions, it can take years to get necessary approvals to bring a wind, solar or transmission project online.

Gribbin, who left the White House in 2018 and founded strategic consulting firm Madrus LLC, recently wrote about the permitting challenge in a blog post for the Brookings Institution, where he’s a nonresident senior fellow.

He cited a 2020 Council on Environmental Quality report showing that across federal agencies, the average completion time for an environmental impact statement required for many proposals under the National Environmental Policy Act was 4 ½ years. In some cases, approvals can require more than a decade.

At the local level, energy projects often need zoning approval — a process that carries significant political risk for developers as pushback from opponents has scuttled wind and solar projects.

Gribbin said utilities have historically built new power plants and transmission at a much slower pace than would be required under Biden’s 2035 plan, so permitting constraints haven’t been the barrier they will be as both the number and scale of projects must increase to meet Biden’s goal.

A Princeton University study earlier this year said wind and solar capacity would need to grow fourfold to 600 gigawatts for the U.S. to achieve net-zero carbon emissions economywide by midcentury. Most of the growth would be onshore, requiring some 228,000 square miles, or the equivalent of Illinois, Indiana, Ohio, Kentucky, Tennessee, Massachusetts, Connecticut and Rhode Island combined (Energywire, March 24).

Midwestern states including Iowa, Missouri, Illinois and Indiana would see 20% to 30% of their land devoted to renewable energy.

"Just to utilize that much land for energy generation is going to create a whole series of issues," Gribbin said.

Those challenges are already evident. More than 100 cities, counties and states around the country have enacted ordinances and laws restricting renewable energy projects, according to a recent report from Columbia Law School’s Sabin Center for Climate Change Law. Collectively, the restrictions threaten to slow the pace of the energy transition.

New York passed a law last year creating an Office of Renewable Energy Siting — the first state agency dedicated solely to siting renewable projects, for example. The law to streamline renewable siting is aimed at overhauling a process seen as an obstacle to achieving the state’s climate goals.

Solar and wind projects in Michigan are often permitted by more than 1,800 different townships or cities, said Sarah Mills, a senior project manager at the University of Michigan’s Graham Sustainability Institute, who helped coordinate the database.

Mills is part of a team of academic researchers working under a Department of Energy grant that’s now looking across six Great Lakes states to find which localities have proactively zoned for solar and study the impacts of utility-scale solar projects on rural communities.

Mills has urged counties to be prepared when renewable energy developers come knocking. Doing so can provide certainty for developers, which face less risk that a township or county will reject a project. It’s also good for communities to determine how projects should be sited before they’re faced with a decision.

"It makes it better that you’ve already had the decision about how you’re going to treat projects, even if you need to hear people’s concerns about a particular project," she said. "You can think about things more rationally when there’s not money on the table."

The increasing pace and scale of renewable projects — particularly solar — is also causing new tension over the role of states.

In states like Indiana and Illinois, where counties have siting jurisdiction, bills were proposed this year to create uniformity for siting standards. In Indiana, H.B. 1381 would have created "no stricter than" siting requirements. But the bill failed amid strong opposition by Indiana counties that viewed the measure as an encroachment on their power to self-govern.

Meanwhile, in Ohio, where renewable energy projects are permitted by a state agency, Republican legislators are again pushing for a bill that would give residents in a township the power to veto a wind or solar project via referendum.

While the federal government has little to say about local permitting decisions, Gribbin said the Biden administration can take steps to help speed up the energy transition by streamlining the federal permitting process.

"What kind of puts a pin in this issue is the fact that we’re trying to convert 80% of our generation to something different in the next 15 years. That is really aggressive, and therefore we need to think completely differently about how we permit projects."