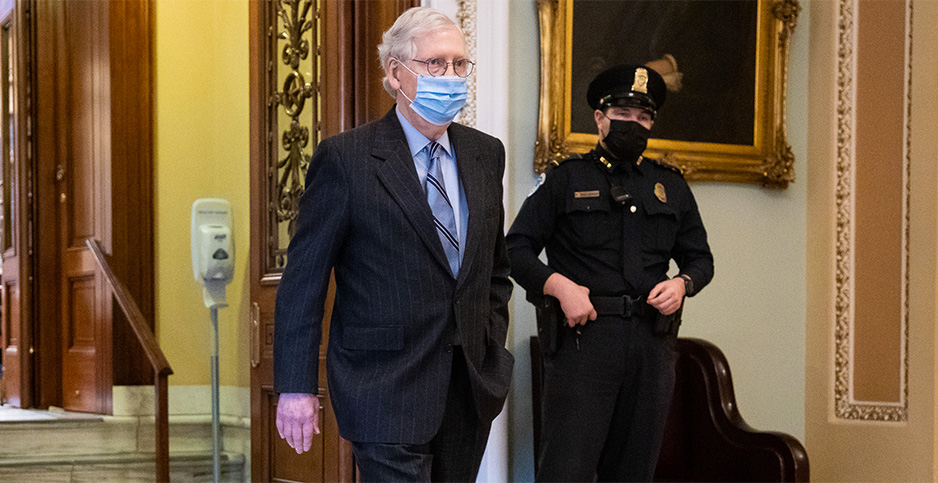 The action will come as the Senate holds a "vote-a-rama" — a lengthy series of nonbinding votes to the Democrats’ budget blueprint, which is the first step to the reconciliation process to approve a $1.9 trillion COVID-19 relief package by simple majority.

The process will offer angry Republicans their first chance for votes on President Biden’s climate and energy initiatives.

"I’m focusing a lot of my stuff on energy," said Sen. Kevin Cramer (R-N.D.), noting he was eyeing budget amendment votes related to the executive orders and against a carbon tax.

Cramer noted multiple, similar energy amendments are being proposed within the Republican caucus and are likely to be combined.

For example, Sen. Roger Marshall (R-Kan.) has filed a provision calling for federal assistance to oil and gas workers who lose their jobs as the result of climate orders.

Cramer, a Senate Budget Committee member, anticipates as many as 20 roll-call votes on amendments tomorrow, although not all will be related to energy, with more than 300 amendments already filed. Like most years, only a fraction of the proposed amendments will be considered on the floor.

Minority Leader Mitch McConnell (R-Ky.) warned yesterday that Republicans "will be ready and waiting with a host of amendments to improve the rushed procedural step that’s being jammed through."

The potential votes on energy and climate will be the first test of Democratic unity on the Biden agenda that has rankled some moderates whose states rely on oil and gas jobs. With the Senate evenly divided, a single break in Democratic ranks could spell an embarrassing defeat for Biden.

But under arcane budget rules, Democrats could set a 60-vote threshold on some votes, a move that could protect moderates from energy-dependent states by allowing a few of them to break with their party without risk of tanking the entire budget package.

So far, most Senate Democrats — including Energy and Natural Resources Chairman Joe Manchin (D-W.Va.), who has been skeptical of the Biden order — have signaled they do not expect to vote against their party’s reconciliation package.

As the Senate GOP lines up its challenges to the Biden agenda, the House last night narrowly passed an identical version of the budget plan, 218-212. The tight vote reflects the narrow House Democratic majority.

House Democrats will need to vote again on the budget once the Senate adopts its version in the coming days, a move that could keep the chamber in session through tomorrow — or even into the weekend.

House Democratic leaders say they are eager to get the reconciliation bill passed to offer committees the formal instructions they’ll need to move ahead with writing the actual COVID-19 bill. They are hoping to have the legislation out of committees and onto the House floor by the end of February.

Democratic leaders in both chambers have set a March 14 goal for passing the package, which is also when current enhanced unemployment benefits run out.

Senate Democrats, including several committee chairs who will be writing portions of the reconciliation bill in the coming weeks, met yesterday at the White House with Biden to strategize.

He reiterated that he hopes for Republican backing but that Democrats will move ahead without them if need be.

"We want to do it bipartisan, but we must be strong," Schumer said. "We are united as one for a big, bold package, working with our Republican friends when we can."

"All of them help our economy," Carper told reporters afterward. "They also help put people to work, and they also do good things for our planet."