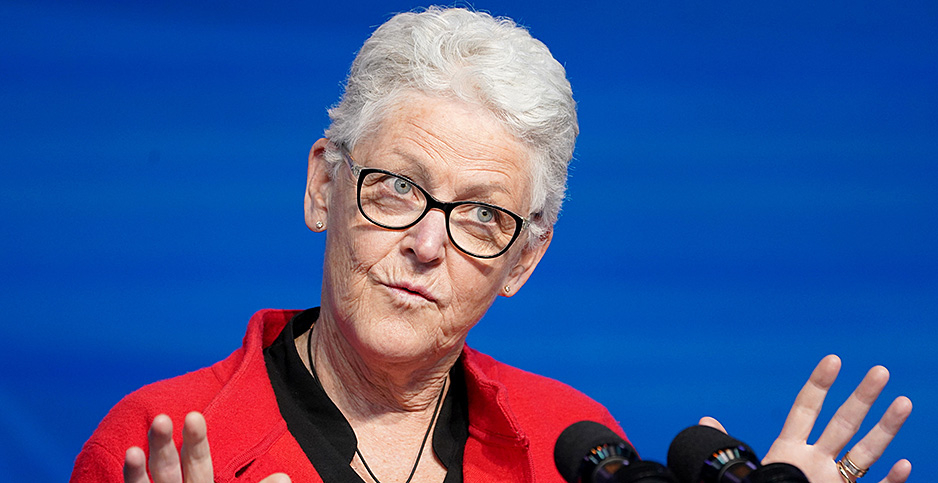 Some climate moves can’t happen until Biden officials remedy those deficiencies, a senior transition official said, because "those have been very carefully directed budget cuts to the very parts of the [EPA] that are going to be necessary to get rid of [Trump’s] outrageous rollbacks."

For instance, the official said, EPA’s research laboratories have been hollowed out, and its science advisory boards have been depopulated. At the operational level, each of Trump’s rollbacks has shuffled the staff and funding that had been in place to carry out regulations.

The EPA workforce has shrunk by more than 600 people since the beginning of Trump’s term, another source familiar with the agency review process said.

That’s on top of the agency’s moves to restrict the kinds of public health research that EPA can use for regulations, and its watering down of the social cost of carbon, the government’s metric for analyzing the benefits of emissions cuts.

Elsewhere in government, the official said, the Trump administration has curtailed the Energy Department’s Quadrennial Energy Review and other research; moved to cut the Treasury Department’s office of energy and environment; and disengaged from the international Arctic Council while blocking climate work at the U.S. Arctic Research Commission.

Meanwhile, the Trump administration continues its efforts to open the Arctic National Wildlife Refuge to drilling and to expand logging in the Tongass National Forest, one of the country’s largest carbon sinks.

"In looking at those [regulatory] rollbacks, we sort of understood the task ahead was going to be daunting. But really, the rebuilding efforts across the government are going to be more extensive than we have understood before," the senior transition official said on a background call with reporters.

Some of the issues that transition officials say they discovered have long been public.

Those include the Trump administration’s rollbacks of the National Environmental Policy Act’s environmental justice provisions and the Justice Department’s efforts to scrap a policy that allowed polluters to reduce their fines by completing EPA-approved projects (Climatewire, June 5, 2020; Greenwire, March 13, 2020.)

The Biden team says the incoming president’s climate plans remain intact, including the goals of decarbonizing the electricity sector by 2035 and reaching net-zero U.S. greenhouse gas emissions by 2050.

The incoming administration could announce more short-term climate goals for agencies after they get access to federal career staff on Jan. 20, the senior transition official said.

"There is hard work ahead to rebuild agencies and our capacities from the ground up," Gina McCarthy, the incoming White House national climate adviser, said in a statement.

"While implementing [Biden’s climate] plan will not happen overnight," she said, "the Biden Administration will work tirelessly by marshaling every part of our government, working directly with communities, and harnessing the forces of science — and the values of environmental justice — to build a better future."