Biden coming for burgers? How a false climate story took off 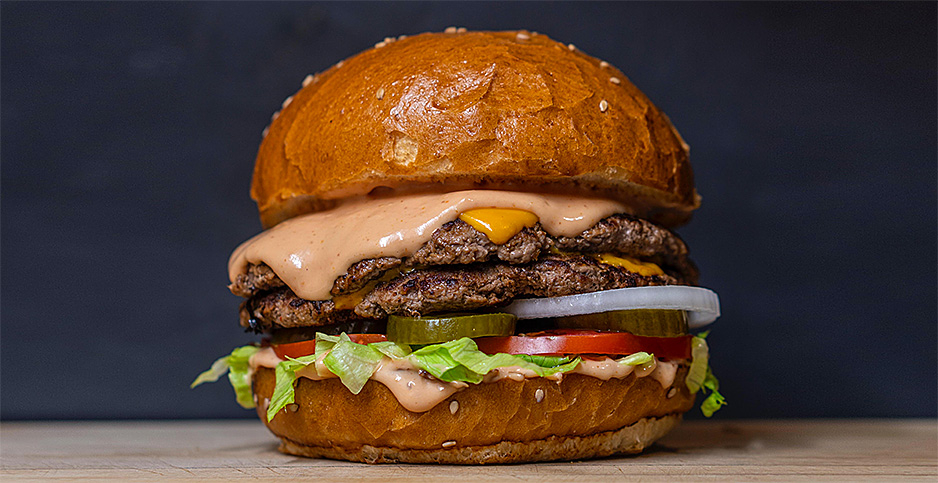 A false story that the Biden climate change agenda would include a restriction on beef consumption rapidly spread last week. amirali mirhashemian/Unsplash

For a moment this week, combatants on both sides of the meat and climate war found a common enemy: disinformation from the right wing.

The latest dust-up came by way of the Daily Mail, a British tabloid that published a story suggesting President Biden’s climate policy goals include slashing Americans’ meat consumption by 90% — a claim that Fox News picked up, and that some conservative groups and lawmakers quickly spread through tweets and other means.

The story wasn’t true, a conflation of Biden’s broad goal of sharply reducing carbon emissions and a University of Michigan study indicating that a 90% reduction in meat consumption could help significantly lower U.S. emissions. But the false story’s spread put Agriculture Secretary Tom Vilsack on the spot for a day and led groups on both sides of the debate to label the episode an unfortunate diversion for an otherwise important farm policy debate.

"Trying to reduce this all to hysteria about hamburgers is very harmful to the intelligent discussion we’re trying to have," said Peter Lehner, who directs the sustainable food and farming program at the environmental group Earthjustice. The group isn’t looking to end meat consumption, although the industry’s role in carbon emissions should be part of the climate change conversation, he told E&E News.

"Distractions and misinformation don’t help the environment, and they certainly don’t help the 98% of Americans who eat meat and are confident it belongs in healthy, balanced diets," said Julie Anna Potts, president and CEO of the North American Meat Institute, in a statement.

To be sure, the meat industry and environmental groups view the issue differently. Livestock contributes the most greenhouse gas emissions of any segment of agriculture, due to belching cows and the great amount of land required to grow corn, soybeans and other crops they eat.

EPA estimated that agriculture contributed 9.6% of U.S. greenhouse gas emissions in 2019, with methane released by beef and dairy cattle being a dominant source, from both ends of the animal. Those methane emissions climbed by 8.4% from 1990 to 2019, the agency said, including a 0.3% increase from 2018 to 2019 due to an increase in the number of cattle.

The study from the University of Michigan, published in January 2020, fed meat skeptics — and critics of the meat skeptics — still more talking points. Researchers noted that while red meat provides about 9% of the calories in an average American’s diet, it produces nearly half of that diet’s greenhouse gas emissions.

Cutting beef consumption by 90% would cut diet-related emissions by 51%, the authors said.

The Daily Mail latched on to the 15-month-old study, combining it with the Biden administration’s goal of sharply reducing emissions. The April 22 headline read: "How Biden’s climate plan could limit you to eat just one burger a MONTH, cost $3.5K a year per person in taxes, force you to spend $55K on an electric car and ‘crush’ American jobs."

Fox News found the story and ran its own with a graphic linking the two. Conservative politicians then weighed in.

"Why doesn’t Joe stay out of my kitchen?" railed Rep. Lauren Boebert (R-Colo.) in a tweet.

Joe Biden’s climate plan includes cutting 90% of red meat from our diets by 2030. They want to limit us to about four pounds a year. Why doesn’t Joe stay out of my kitchen?

When asked about it on Monday morning, Vilsack said, "It’s hard to answer a question that assumes the president has a position that he doesn’t have."

The administration has no agenda of reducing meat consumption, he added. Fox later that day broadcast a correction.

"Sometimes, folks, in the political world, games get played and issues are injected into the conversation, knowing full well that there’s not a factual basis for the issue, but also knowing somebody is going to pick it up, and somebody’s going to ask about it, and it suddenly becomes an issue," Vilsack said. "And this is, I think, a good example of this."

While animal rights groups and some environmental organizations aim to steer Americans away from meat, most of the policy discussions around livestock and climate change center on reducing the impact through climate-smart practices and scientific advancement. In his conversation with reporters on Monday, Vilsack highlighted research into feed additives that can reduce cows’ emissions, although he said it’s advancing faster in New Zealand and Europe.

Dairy and beef organizations point, as well, to government statistics showing that farmers produce at the same levels with less feed and less land per animal than decades ago, suggesting they can cut their carbon footprint through innovation.

The North American Meat Institute, an industry group, also doesn’t accept that going vegetarian, or vegan, would help the planet as much as advocate say. The group pointed to a paper by Virginia Tech researchers published in the Journal of Dairy Science in November — supported by the promotion group Dairy Management Inc. — that found eliminating all dairy cows in the United States would shave less than 1% from greenhouse gas emissions. The same researchers had earlier found that if every American became vegan, the reduction would be 2.6%.

It shouldn’t be a surprise that hamburger scaremongering became the latest talking point in the culture wars, one expert said.

Meat and climate change have another common thread: They both tend to follow ideological or partisan lines, said Jayson Lusk, head of the Agricultural Economics Department at Purdue University. Meat demand is higher among conservatives than among liberals, and that split is more pronounced among higher-educated people, Lusk has found through research.

The impacts of meat consumption on climate are real, Lusk told E&E News in an email, but rather than discourage meat in the diet, the United States could emphasize ways to make meat production more environmentally friendly, he said.

As genuine as the impact is, Lusk said, "I think the media has often overexaggerated the relationship and has favored demand, rather than supply-side innovation strategies, which contributes to way the public reacts (or is susceptible to) certain types of information."

Ranchers pushing a nonindustrial model of livestock production cringe, too, at media reports that veer from reality, said Carrie Balkcom, executive director of the American Grassfed Association in Denver.

"As with any ‘dust up’ of erroneous reports such as this one, it helps that we have a good and reasonable relationship with the folks at the USDA and also with key members of Congress and the administration so we can get the ‘ungarbled word’ out to our members," Balkom told E&E News.

Producers worry, she said, that such stories could turn the public against what they consider a more sustainable segment of the meat industry, by conflating all types of livestock agriculture with one another.

"Ruminant and foraging animals have been roaming in pastures and grazing lands for millions of years," Balkom said. "The fact that the inclusion of our type of agriculture is lumped together with ‘industrial agriculture’ is disingenuous to farmers who do not confine feed, use synthetic hormones, or routine antibiotics, along with the other inputs that system uses."

Lehner, at Earthjustice, said he wishes the nation could have a less-hyped conversation about how agriculture — and with it, diet — may evolve in a lower-emissions future.

"We need to have a good conversation about all aspects of the food system," he said.