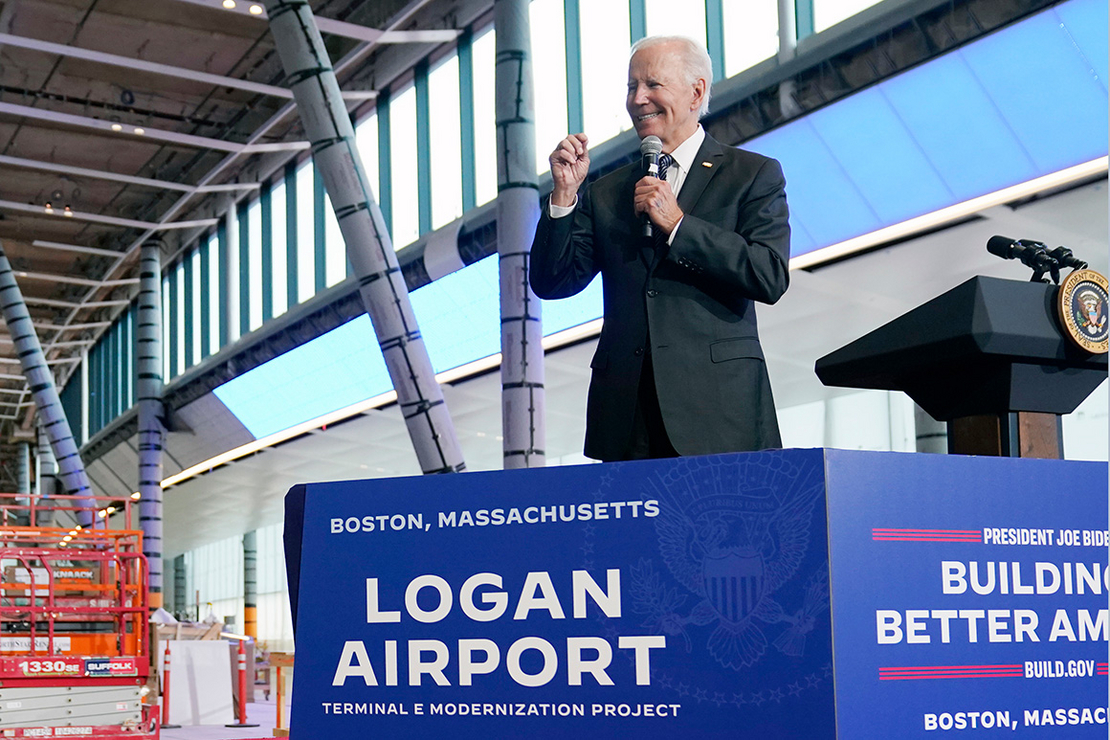 Democratic leaders promised Manchin permitting reform in exchange for his support of the Inflation Reduction Act. Today, White House press secretary Karine Jean-Pierre said the president remained behind the accord.

“Without compromise, there would be no deal,” Jean-Pierre told reporters Monday morning aboard Air Force One, according to a White House transcript. “The president is committed to the deal.”

Biden is standing by his pledge to Manchin even as dozens of progressive lawmakers and environmental activists ramp up pressure on the president to jump ship from the agreement (E&E Daily, Sept. 12).

Senate Democrats have voiced optimism about passing the measure by attaching it to funding legislation that must be enacted by the end of September to keep the government open (E&E Daily, Sept. 7).

Jean-Pierre was tight-lipped about whether the president was as enthusiastic about that plan, simply stating, “We support that deal and that vote, and we will work with Congress to determine the best pathway.”

Final text of Manchin’s permitting plan has not been released. However, an outline of the arrangement stated the proposal would include one- to two-year mandatory schedules for finishing environmental reviews and set some limits on legal challenges.

“At a time when climate change is threatening the very existence of our planet, why would anybody be talking about substantially increasing carbon emissions and expanding fossil fuel production in the United States?” Sanders asked on the Senate floor last week.

Activists on Monday also voiced frustrations about how the mining sector could benefit from the package (Greenwire, Aug. 29).

More than 150 environmental organizations sent a letter Monday to House Speaker Nancy Pelosi (D-Calif.) and Senate Majority Leader Chuck Schumer (D-N.Y.) asserting the promise to Manchin would tip the scales on mining projects near Indigenous communities in favor of industry.

“Under no circumstances should Congress cut any deals made on the backs of some of the most marginalized peoples and communities in the US,” stated the letter.