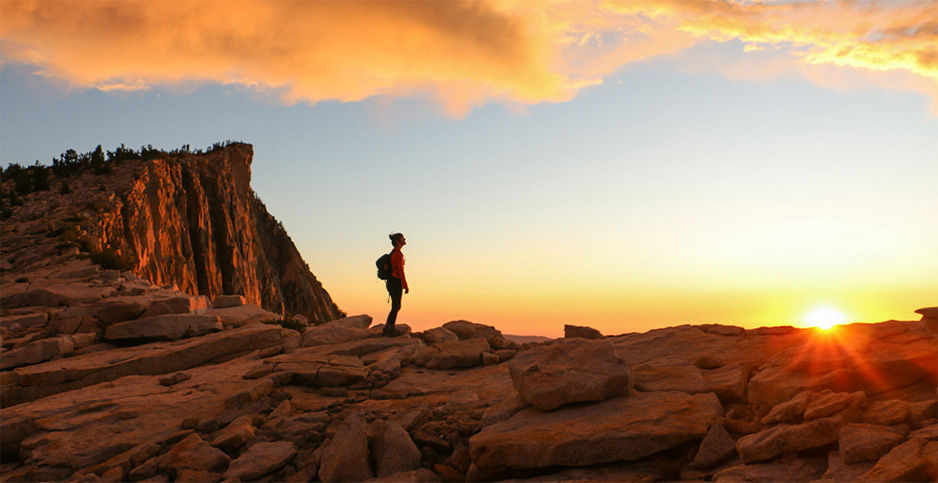 President Biden is asking the Interior Department to develop a plan to conserve at least 30% of American lands and waters by the end of the decade. National Park Service

President Biden today is signing off on an aggressive conservation goal aimed at permanently protecting at least 30% of the nation’s undeveloped land and waters by 2030, while calling for the creation of a jobs program focused in part on restoring public lands.

Biden’s public lands directive tasks the Interior Department with detailing how to reach the conservation goal and mandates coordination with tribal nations and state and local governments, as well as landowners, fishermen and recreation advocates.

The announcement drew praise from environmentalists who began advocating for the policy in 2019, arguing that aggressive conservation could be used to sequester carbon and greenhouse gas emissions, as well as to shore up biodiversity in both plants and wildlife (Greenwire, Aug. 6, 2019).

"Scientists tell us we have a very small window to stop the extinction of millions of species and avoid the most catastrophic effects of climate change," Center for Western Priorities Executive Director Jennifer Rokala said in a statement. "By committing to the 30×30 goal, we can set an example for the world in land and ocean conservation."

"We’ve got to preserve the most biologically rich ecosystems to have any hope of bringing nature back from the brink," said Suckling, whose organization has proposed a $100 billion plan to create 500 new national parks, wildlife refuges and marine sanctuaries to reach the 30 by 30 goal, as well as a 50% conservation goal by 2050.

According to statistics provided by the Interior Department, about 60% of land in the continental United States is considered to be in a "natural state" — or undeveloped — but only 12% of that land is permanently protected. Another 23% of the nation’s ocean waters are already under protected status.

But industries that rely on public lands and waters criticized the conservation plan, asserting that it could curtail their economic vitality.

Saving Seafood, which advocates on behalf of the commercial fishing industry, said the 30 by 30 effort "would undermine our nation’s world-class system of fisheries management" while also warning that it would bar any commercial activities in those waters.

According to environmentalists, the program is a modified version of the Civilian Conservation Corps that has been pushed in Congress in recent months.

That proposal is modeled on the Depression-era program of the same name, which provided employment and jobs training to 3 million Americans between 1933 and 1942 (E&E Daily, Nov. 13, 2020).

"What better way to put millions of Americans to work and build back better than by restoring our forests, grasslands, wetlands, and coastal areas to bolster resilience, sequester carbon, and recover imperiled wildlife populations through a revitalized 21st century Civilian Conservation Corps and a commitment to restore 30 percent of our lands and waters by 2030?" National Wildlife Federation President and CEO Collin O’Mara said in a statement.