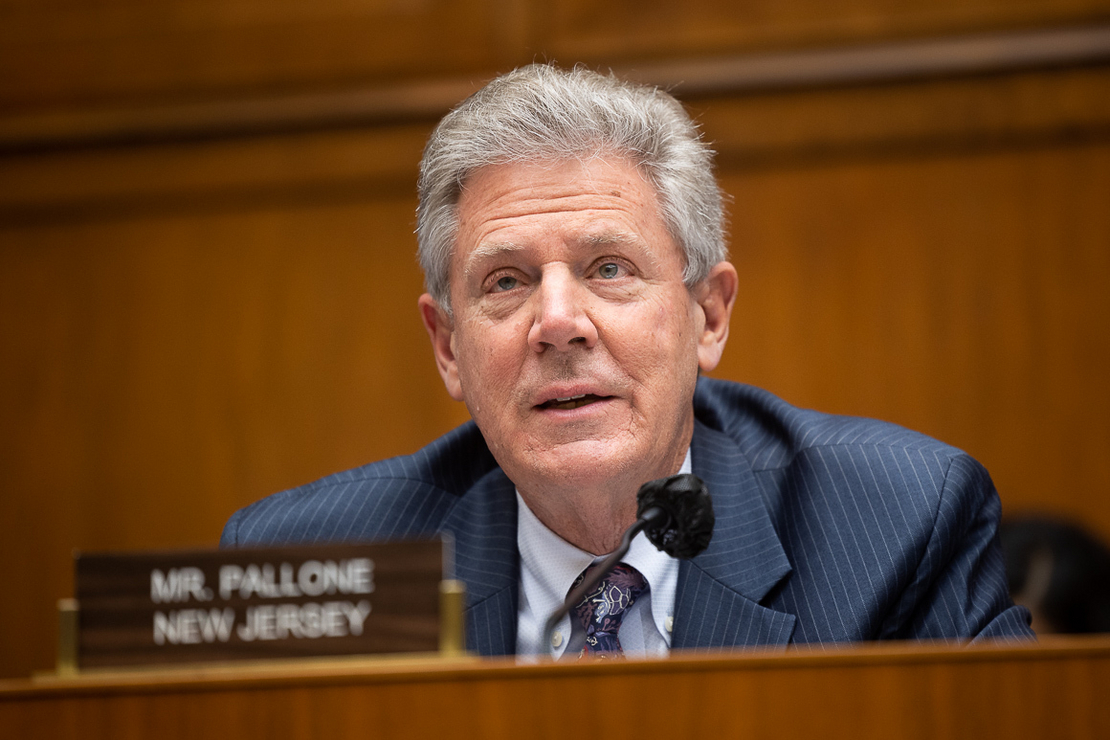 After weeks of inconsistent messaging on rising energy costs, congressional Democrats and the White House are uniting behind a strategy of blaming oil companies for high prices at the pump.

House Energy and Commerce Chair Frank Pallone (D-N.J.) announced yesterday that he’s asking executives from six oil companies to appear before his committee on April 6 with the intent of asking them why energy prices are rising.

Similarly, Senate Majority Leader Chuck Schumer (D-N.Y.) yesterday called for energy executives to testify in the Senate on charges of price gouging. The Senate hearing could find a home in the Commerce, Science and Transportation Committee.

“I am deeply concerned that the oil industry has not taken all actions within its power to lower domestic gasoline prices and alleviate Americans’ pain at the pump,” Pallone wrote to the six oil companies. “Instead, the industry appears to be taking advantage of the crisis for its own benefit.”

It was not immediately clear if the executives would attend, though Pallone could force attendance with a subpoena.

Pallone highlighted two claims made repeatedly by Democrats in recent days. One is that companies are using record profits to pay hefty dividends or to buy back stock from shareholders, and the other is that they are not doing enough to increase domestic production given the embargo on Russian oil and gas.

Pallone also seemed to have his eye on curtailing some energy tax credits — an idea popular with Democrats. He noted energy companies are reaping profits via higher prices while using “generous production tax incentives provided by American taxpayers.”

On rockets and feathers

The rhetorical shift on energy prices appears to be led by the White House, which fears rising prices could further harm the economy and hurt Democrats in midterm elections this fall.

Its earlier messages were somewhat muddled on soaring costs. President Biden had repeatedly labeled the increases a “Putin tax,” while he and other administration officials have also insisted Americans would accept high prices for a free Ukraine.

Lawmakers had been frustrated that Biden did not move more quickly to block Russian energy imports and pull support for the Nord Steam 2 natural gas pipeline, the now-halted Russian energy conduit to Germany.

Biden’s official Twitter account yesterday morning launched a more pointed attack highlighting the discrepancy between recent oil price decreases and the lag in the same change in gasoline prices. He warned oil and gas companies against using the Ukrainian crisis to “pad their profits.”

White House press secretary Jen Psaki noted that economists acknowledge the theory as “the rockets and feather phenomenon” to represent the quick rise in prices and the slow drop in response to declining oil prices.

“But President Biden rejects that,” she told reporters during her daily briefing. “Americans deserve relief and fast as oil prices fall. Retail gasoline prices are updated at least daily, and if gas retailers’ costs are going down, they need to immediately pass those savings on to consumers.”

House Democrats were quick to embrace the move.

“We can blame Putin for a lot of the problem, but we have to look at what oil companies are doing. They are still making money hand over fist,” said Rep. Jan Schakowsky (D-Ill.), a senior member of Energy and Commerce.

Republicans yesterday dismissed the rhetorical change as a distraction from what they deemed a backlash to the Biden administration’s energy policies.

“Chuck Schumer knows that the Democrats are being 100 percent blamed for high prices on gas because of the policies of the Democratic Party,” Senate Energy and Natural Resources ranking member John Barrasso (R-Wyo.) told E&E News. “They are grasping at straws.”

Republicans have aggressively sought to blame high energy costs on Biden administration policies that they say restrict the domestic production of fossil fuels, pointing to a pause in new lease sales on federal lands and the cancellation of the Keystone XL pipeline.

Those GOP arguments, however, rest on shaky ground. Experts say that many of their claims are misleading and that the party’s preferred policy solutions would have little immediate impact on prices at the pump (E&E Daily, March 15).

Nevertheless, House Republicans yesterday attempted another long-shot bid to force the House to consider legislation, H.R. 6858, from Energy and Commerce ranking member Cathy McMorris Rodgers (R-Wash.) and Rep. Bruce Westerman (R-Ark.) that would enact their pro-fossil fuel policies (E&E Daily, March 1). It came as part of a procedural vote during a floor debate on separate legislation but was easily defeated by Democrats.

Sen. Ted Cruz (R-Texas), a senior member of the Commerce Committee who is likely to be a fierce defender of energy companies at Senate hearings, blamed Biden’s “radical” energy policies for high prices.

“Schumer is echoing the White House’s talking points, all of which reflect an ignorance of even basic economics,” he added.

The oil and gas industry’s main trade group, the American Petroleum Institute, said in response to the White House’s gouging allegations that the mismatch in prices is a common response to goods, not just oil and gasoline prices.

“Across the economy, retail prices in many industries go down slower than they go up — this isn’t a new phenomenon,” API Senior Vice President of Policy, Economics and Regulatory Affairs Frank Macchiarola said in a statement.

“As we’ve seen in the past, it takes time for changing market conditions to work through the supply chain and for the price of crude oil to be widely reflected in the price we pay at local gas stations, more than 95 percent of which are independently owned small businesses and not operated by oil companies,” he added.

Some energy state lawmakers, meanwhile, welcome the prospect of oil executives testifying before Congress. The hearings, lawmakers like ENR Chair Joe Manchin (D-W.Va.) and others said, could offer the industry an opportunity to lay out policies that could help unleash further domestic production.

Still, Manchin suggested that he didn’t want the hearings to merely serve as a way to smack around oil companies.

“I have no problem bringing them in to basically explain how the process works,” Manchin told reporters yesterday (Greenwire, March 16). “Then we can all understand it a little better, rather than beating people up who are expected to provide the energy we need.”

Sen. Kevin Cramer (R-N.D.) said he is planning his own public roundtable in coming days with energy executives to ask them what can be done in the short, mid- and long term to expand domestic production. He doubts Democrats will ask those types of questions at their proposed hearings.

“It’s OK to have a hearing, but it’s going to be more a show than it will be fact-finding,” he said. “If that’s what makes them feel better, then I guess they can do it.”