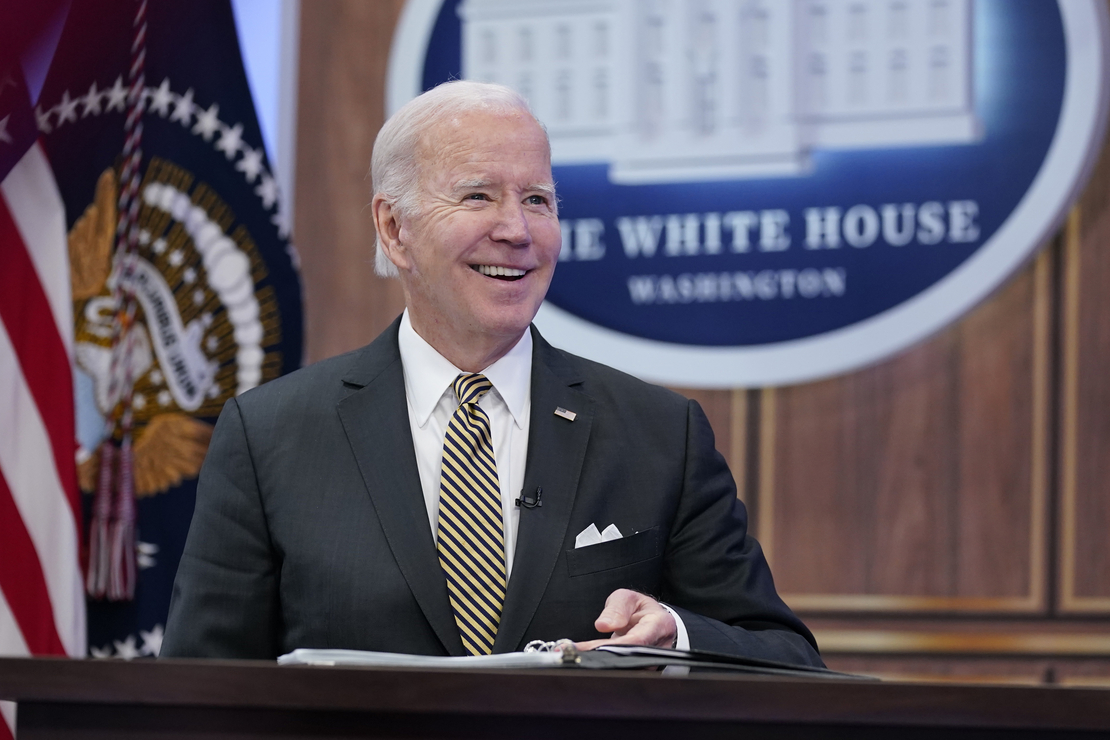 President Joe Biden smiles as he speaks about infrastructure in the South Court Auditorium on the White House complex Wednesday. AP Photo/Susan Walsh

“Bring down the price you charge at the pump to reflect what you pay for the product,” Biden said to energy companies during a White House press conference. “You’ll still make a significant profit. Your shareholders will still do very well, and the American people will catch a break they deserve and get a fair price at the pump as well.”

The administration announced the release of an additional 15 million barrels of oil from U.S. emergency reserves (Energywire, Oct. 19). Biden said he’ll consider additional releases from the Strategic Petroleum Reserve in the months ahead “if needed” and plans to replenish the reserve when oil prices drop to $70 per barrel.

The president used his White House speech to continue to slam oil and gas companies, which has been a consistent theme during his administration.

“My message to the American energy companies is this: You should not be using your profits to buy back stock or for dividends. Not now. Not while a war is raging,” Biden said, referring to the Russian invasion of Ukraine. “You should be using these record-breaking profits to increase production and refining. Invest in America.”

Biden’s critics see his rhetoric against oil companies and his release of emergency petroleum reserves as a politically motivated attempt to buoy Democrats in November.

“Increasing energy demand and constrained supply coupled with geopolitical instability and faulty policy decisions have driven fuel prices higher,” Mike Sommers, president and CEO of the American Petroleum Institute, said in a statement. “At a time when American energy can be a stabilizing force at home and abroad, we urge caution in continuing to rely on short-term efforts that are no substitute for sound long-term policies that enable American energy leadership.”

Biden dismissed the notion that the upcoming elections are driving his gas price policies. “I’ve been doing this for how long now?” Biden said of the releases. The White House in March announced an “unprecedented” release of oil from emergency supplies, which were intended to “serve as a bridge” until domestic production was expected to increase at the end of this year (Greenwire, March 31).

“It’s not politically motivated at all,” Biden added.

The president also reiterated his desire for Congress to pass permitting reform legislation, which he said will “accelerate the development of clean energy” and improve national security.

Right now, he said, securing approval for energy projects is “too cumbersome and too time consuming.” He urged Congress to “pass a permitting bill to speed up the approval of all kinds of energy production from wind to solar to clean hydrogen.”

An effort to advance permitting reform stalled before Congress went on recess, but the White House and some lawmakers say they are still committed to hammering out a deal to overhaul the nation’s permitting requirements for energy projects (E&E Daily, Sept. 28).