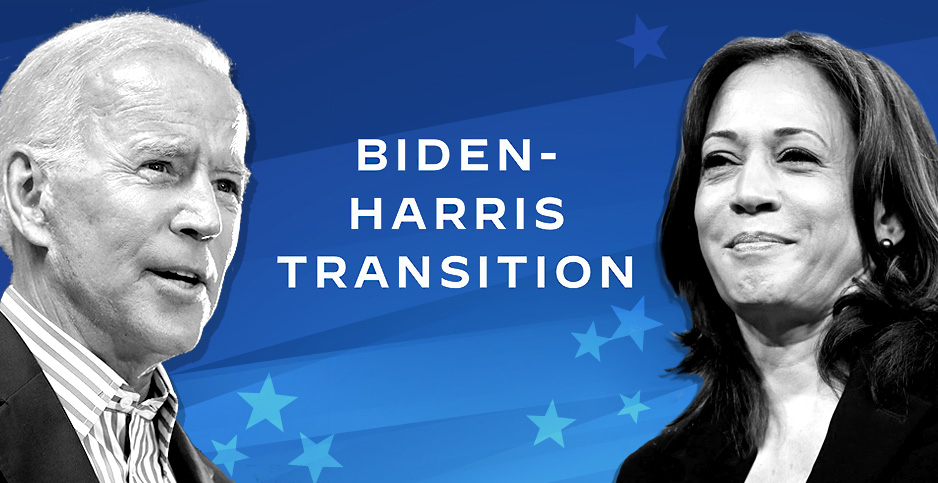 President-elect Joe Biden is filling out the top ranks of his White House staff, hiring a handful of longtime allies to be his top advisers.

The new staffers include Jen O’Malley Dillon, who managed Biden’s campaign and will be his deputy chief of staff following his Jan. 20 inauguration. Rep. Cedric Richmond (D-La.) will leave Congress to lead Biden’s White House Office of Public Engagement.

The announcements follow last week’s reveal that Ronald Klain, Biden’s first chief of staff from his time as vice president, will again be his chief of staff as president.

"I am proud to announce additional members of my senior team who will help us build back better than before," Biden said in a statement.

"America faces great challenges, and they bring diverse perspectives and a shared commitment to tackling these challenges and emerging on the other side a stronger, more united nation," he said.

Klain said, "The team we have already started to assemble will enable us to meet the challenges facing our country on day one."

Trump is fighting long-shot lawsuits in numerous states to try to change election results in his favor, while Emily Murphy, his General Services Administration chief, has declined to "ascertain" Biden as the winner, preventing the former vice president’s transition team from accessing certain funds and meeting with federal agency officials.

Richmond’s job was first reported yesterday in numerous media outlets. He confirmed his position this morning at a New Orleans news conference, just before Biden’s announcement.

Richmond, a national co-chairman of Biden’s campaign and former Congressional Black Caucus leader, told reporters he would not have accepted the job if "I did not think that this new role would serve Louisiana better than my past role."

"And so this new role will allow me to offer advice to the president when he wants it, maybe sometimes when he doesn’t," Richmond continued. "I will also be in office in the West Wing, and when you talk about the needs of Louisiana, you want someone in the West Wing."

Richmond’s 2nd District seat, which represents most of New Orleans, will be filled by a special election. He declined today to endorse a successor.

The Sunrise Movement, which has been pushing for months for Biden to swear off any personnel with fossil fuel industry ties, slammed Richmond in a statement.

"Today feels like a betrayal, because one of President-Elect Biden’s very first hires for his new administration has taken more donations from the fossil fuel industry during his Congressional career than nearly any other Democrat, cozied up to Big Oil and Gas, and stayed silent and ignored meeting with organizations in his own community while they suffered from toxic pollution and sea-level rise," said Varshini Prakash, the group’s co-founder. "That’s a mistake, and it’s an affront to young people who made President-Elect Biden’s victory possible."

Progressive group Justice Democrats went after Richmond in a statement of their own, and also criticized Steve Ricchetti, who will become counselor to the president. Ricchetti, who chaired Biden’s campaign, formerly lobbied for pharmaceutical companies.

"A Biden administration dominated by corporate-friendly insiders like Steve Ricchetti and Cedric Richmond will not help the President-elect usher in the most progressive Democratic administration in generations," Alexandra Rojas, the group’s executive director, said in the statement.

The other Biden advisers announced today:

The transition also announced two lead staffers for Biden’s wife, Jill Biden: Julissa Reynoso Pantaleon, the former ambassador to Uruguay under President Obama, will become the first lady’s chief of staff, and Anthony Bernal, who was Jill Biden’s campaign chief of staff, will be her senior adviser at the White House.