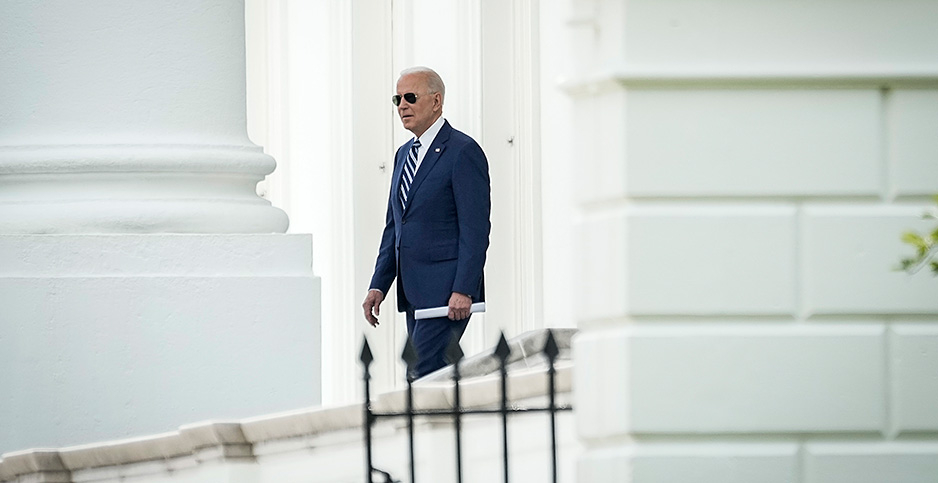 The fiscal 2022 request — released today after the administration produced a slimmed-down summary last month — is an amalgamation of the president’s infrastructure and jobs plan and his proposals to boost annual spending across the federal government.

It would make climate change a core responsibility for a huge number of federal agencies, with many getting carve-outs for climate research, resilience or clean energy.

The request also lays out in more detail a proposed Advanced Research Projects Agency-Climate (ARPA-C), an idea Biden has been talking about since the campaign.

The new agency would get $200 million from the Department of Energy to invest in resilience and innovations that could help achieve net-zero emissions by 2050.

It’s part of a larger overall research push that would also include some $500 million for the existing Advanced Research Projects Agency-Energy (ARPA-E) — an increase of $73 million over fiscal 2021 levels — and a new Office of Clean Energy Demonstrations.

Republicans have questioned whether the missions of ARPA-E and ARPA-C would overlap, a concern Energy Secretary Jennifer Granholm sought to mollify yesterday in testimony before the House Science, Space and Technology Committee (E&E Daily, May 28).

"We don’t want them to duplicate," Granholm told the panel.

The budget documents also specify that ARPA-C would have a different focus, including identifying "revolutionary advances in climate-related applied sciences, translating scientific discoveries and cutting-edge innovations into products, services, and systems that the market, government agencies or private organizations can adopt."

The request also shines new light on another aspect of the Biden climate agenda: repealing tax breaks for fossil fuels.

The president’s infrastructure plan proposed to help pay for its massive spending levels in part by eliminating an unspecified number of special tax treatments for oil, gas and coal.

According to the budget documents released today, the administration is proposing to eliminate 14 in total. That includes the enhanced oil recovery credit, deductions for intangible drilling costs and percentage depletion allowances.

In total, the administration said nixing fossil fuel tax preferences would generate $35 billion in revenue by 2031.

The budget would also extend and expand existing renewable credits and offer incentives for nuclear power generation at existing facilities — to the tune of roughly $1 billion annually.

Investments in electricity transmission would also get a tax credit, as would sustainable aviation fuels. The budget would also establish a new tax credit for heavy- and medium-duty vehicles that produce zero emissions.

That’s all on top of an unprecedented focus on climate at virtually every federal agency, a governmentwide mission Biden detailed in his initial skinny budget request (Greenwire, April 9).

It’s a stark contrast to the Trump administration, which hardly mentioned climate change or greenhouse gas emissions in its budget requests and frequently proposed to cut clean energy and resilience funding.

At NOAA, for example, much of the new money in Biden’s budget would pay for climate observation and forecasting work, as well as more coastal resilience programs to help communities deal with the economic and environmental impacts of climate change.

At the Department of Transportation, the budget proposes $140 billion for zero-emissions vehicles, including point-of-sale rebates for electric vehicles, a national network of 500,000 EV chargers and replacing 50,000 diesel transit vehicles with ZEVs.

The budget would allocate $617 million towards new climate-related investments within the Defense Department. More than a third of that money would go towards strengthening the resilience of military installations.

The department’s military construction spending would go up by 17% over the previous year, and would fully fund PFAS remediation efforts.

The administration is also seeking to invest in forward-thinking initiatives within DOD, setting aside $15 million for climate-informed wargaming and contingency planning.