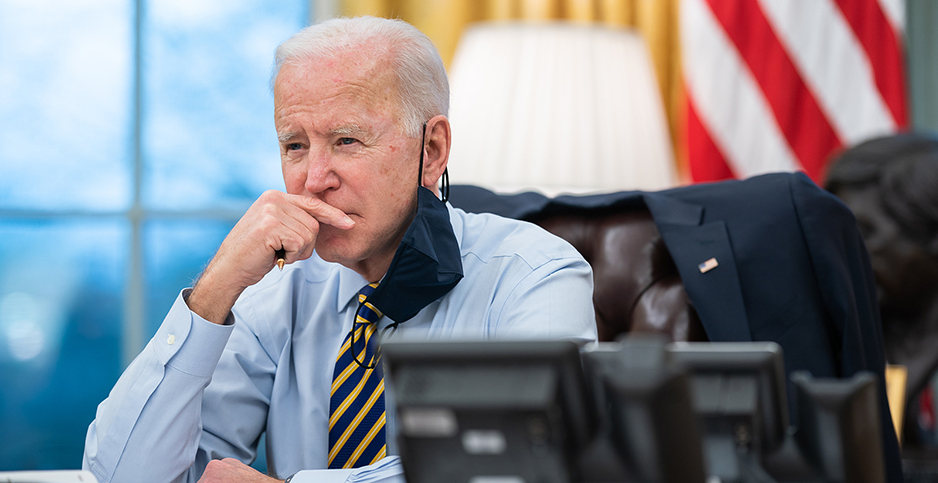 President Biden’s commitment to combating rising global temperatures has not led the new administration to deviate from its predecessor’s approach in the historic kids’ climate case.

The consistency with the Trump administration was on display yesterday, when top lawyers at the Department of Justice waded into Juliana v. United States for the first time since Biden entered the White House. Biden’s team had been expected to take a similar stance to that of Trump’s DOJ in the litigation, which was launched during the Obama administration (Climatewire, Nov. 18, 2020).

The Juliana challengers are asking the federal government to phase out fossil fuels and recognize their right to a stable climate system, which they say is inherently enshrined in the U.S. Constitution.

The 21 young challengers, who are between the ages of 13 and 24, suffered a setback last month when the 9th U.S. Circuit Court of Appeals declined to reconsider its decision to dismiss their case (Greenwire, Feb. 10).

Our Children’s Trust, the Oregon-based nonprofit group that represents the youths, is expected to file a petition in the coming months asking the Supreme Court to overturn the 9th Circuit’s ruling.

In the meantime, Our Children’s Trust filed a motion last month to stay issuance of the mandate. The legal parlance means the group wants the 9th Circuit to wait to send the case back to the U.S. District Court for the District of Oregon, where it would be officially dismissed, until the Supreme Court decides whether to weigh in.

In their response yesterday, lawyers for Biden’s DOJ asserted that the 9th Circuit had no good reason to grant the kids’ request.

The DOJ lawyers wrote that the Juliana challengers had failed to show that formally dismissing the case would cause them "irreparable harm."

The Biden administration added that the Supreme Court is unlikely to take up the case because it "presents no substantial questions."

Even if the justices agree to hear the case, the DOJ lawyers wrote, it appears "exceedingly unlikely" that the court’s 6-3 conservative majority would reverse the 9th Circuit’s ruling.

The DOJ response was signed by acting Assistant Attorney General Jean Williams, as well as three attorneys in the department’s Environment and Natural Resources Division. Biden has not yet tapped a permanent leader for the division.

The Juliana challengers are expected to file their Supreme Court petition later this year.