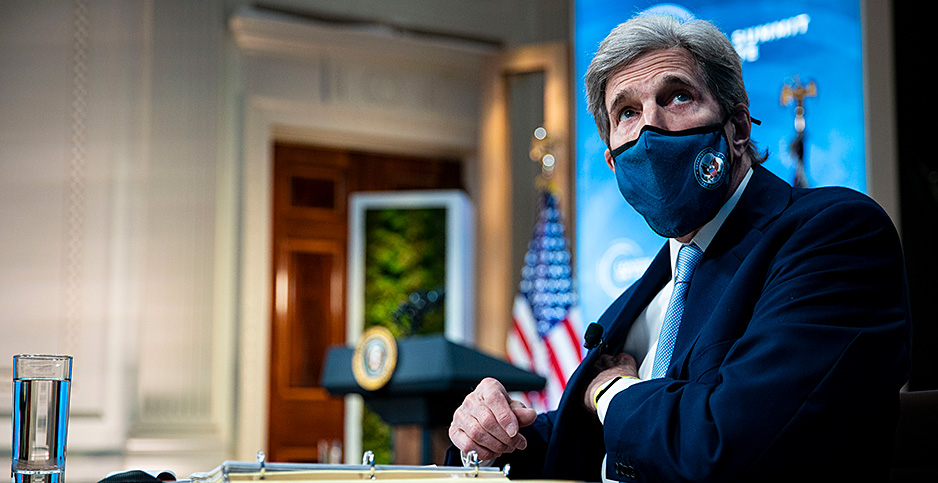 Climate finance advocates have waited months for details of how President Biden plans to leverage public and private cash to curb global warming.

Their wait is over. Sort of.

But not everyone is convinced the White House is prepared to do what’s necessary.

Joe Thwaites of the World Resources Institute’s Sustainable Finance Center said the U.S. is trailing nations that raced ahead during the Trump years.

"The U.S. would need to run twice the speed to be able to catch up," he said. "I think that’s the fundamental challenge they’re grappling with."

The 13-page finance plan zeroes in on five ways Biden wants to provide or mobilize capital to ensure developing countries can curb carbon emissions and adapt to climate impacts.

"Meeting this challenge is going to require mobilizing finance at an unprecedented scale," Biden said yesterday during the summit.

"This plan represents our vision for financing the global climate response in a coordinated way. It lays out specific steps that federal agencies of the United States will take to increase both the quality and quantity of climate finance," he said. "And it will help us spur the private sector to contribute more to climate solutions in developing nations and here at home as well."

The document did not provide specific funding amounts or an Obama-era baseline figure.

But Thwaites said other developed countries doubled their own commitments over the last four years, with some set to do so once again before 2025. In his eyes, Biden’s commitment is not "particularly ambitious."

"Whether it’s on a per capita or percentage of gross national income basis, the U.S. is still really lagging," Thwaites said.

The figures put forth this week, he added, won’t be enough for the U.S. to "claim a real leadership position on climate finance."

Leadership, Wu said, "is what people are looking for from the United States."

"They’re looking for a commitment," he added, "on what are you going to give to the rest of the world to clean up this mess that you’ve caused."

To be sure, Biden’s public finance commitment is just one piece of a much larger plan that speaks to the administration’s intention to use a range of financial mechanisms to combat climate change.

White House climate envoy John Kerry has emphasized that point in recent panels, interviews and events about the financial markets’ role in the transition to a low-carbon economy.

"There’s no government in the world that has enough [money] in their fiscal budgets to be able to provide what we need to make this transition," he said yesterday. "Ultimately, how governments, international financial institutions and private providers of capital work together is really going to determine the outcome of this challenge."

The administration has committed to supporting that process by directing foreign-aid and finance agencies to adopt climate strategies centered on investing in climate-friendly development, sustainable infrastructure, resilience and adaptation.

As an example, according to the Biden plan, the Development Finance Corp. — which backs projects in the developing world — will achieve net-zero emissions through its investment portfolio by 2040. And by 2023, at least a third of all new DFC investments will be focused on climate change.

The Millennium Challenge Corp. and U.S. Export-Import Bank will likewise be expected to increase support for low-carbon projects and initiatives. The Treasury Department will also push multilateral development banks to set and adhere to aggressive climate finance policies.

Most notable to Justin Guay, who directs global climate strategy at the Sunrise Project, is that the U.S. committed to end international financing of "carbon-intensive fossil fuel-based energy."

The plan says various departments and agencies will scale back public fossil fuel financing in an aim to spur additional investment in low-carbon alternatives. Treasury would spearhead that work by collaborating with other agencies and countries in the Organisation for Economic Co-operation and Development, or the OECD, to limit or end export financing for fossil energy.

Guay saw that as an open signal to the world that Biden wants to "negotiate an end" to export credit finance for oil and gas across the OECD. He said that could be a "very big deal if they get the details right, and the only way it happens is with U.S. leadership."

"They basically just said to the world — not only do we want to play, we want to lead," Guay said in an email.

The document also acknowledges rising demand in financial markets for transparency about climate-related risks and opportunities, and it says Treasury will work to ensure investors have the information they need to more effectively drive capital toward climate-friendly investments.

More details about these efforts are expected to come soon in an executive order focused more closely on climate-related risk and disclosure.

Multiple sources said the plan is just the latest indication that the administration is intent on coordinating every agency to prioritize climate finance.

But Wu, Guay, and campaigners with Oil Change International and the Natural Resources Defense Council faulted the document for lacking details necessary to explain how those efforts will take shape.

The plan was "more about the ‘how’ and less about the ‘how much,’" Wu said. "As someone who works at a development organization, the ‘how much’ is what really matters at the end of the day to the folks who are on the receiving end."