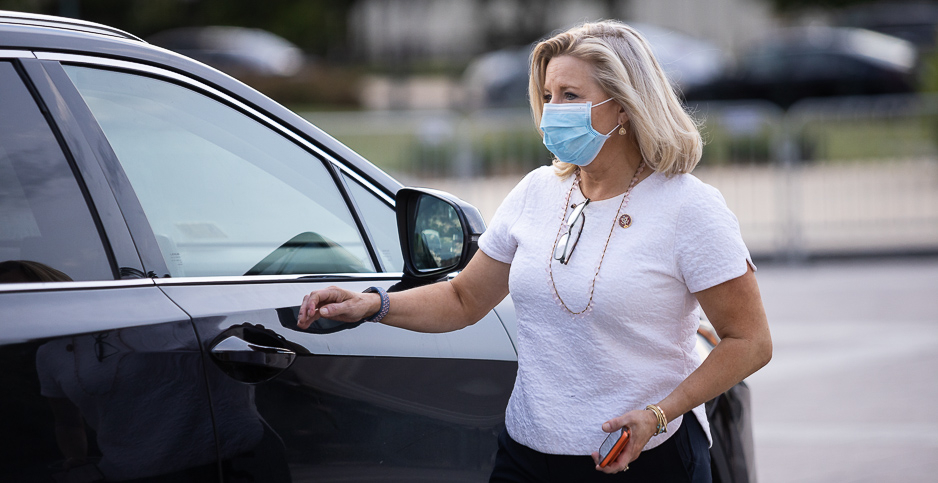 On Wednesday, Republicans were angry. By yesterday, they were taking action.

In the 24 hours since President Biden signed an executive order banning new oil and gas leases on federal lands for the immediate future, members of the House and Senate were introducing legislation to overturn the action that they said will kill jobs and decimate revenue streams that are the lifeblood of many communities (E&E Daily, Jan. 28).

One bill from Sen. Cynthia Lummis (R-Wyo.), the "Protecting our Wealth of Energy Resources (POWER) Act," would essentially bar the mandates laid out in the executive order from going into effect in the absence of congressional approval.

Sen. John Kennedy (R-La.) on Wednesday night introduced the "Conservation Funding Protection Act" — S. 4947 in the last session of Congress — which would also overrule the new order by "maintain[ing] all current environmental laws and ensur[ing] that the Department of Interior conducts the environmental reviews required by law within clear time frames."

Rep. Dan Crenshaw (R-Texas) is leading the House companion of that legislation. Scalise — whose home state of Louisiana relies heavily on oil and gas drilling revenue — is also a co-sponsor.

The bill’s title focuses on conservation because a portion of revenues from energy production go to the Land and Water Conservation Fund.

Then there’s the "Safeguarding Oil and Gas Leasing and Permitting Act," from another Wyoming Republican, House GOP Conference Chairwoman Liz Cheney, which would require Congress to approve a joint resolution before a leasing moratorium can go into effect.

None of these proposals has a chance of becoming law. Republicans are in the minority in both chambers, and even Democratic co-sponsors would not be enough to convince leaders to call up a vote. Either way, Biden would surely veto a measure against his order.

This flurry of legislative activity, however, shows congressional Republicans are serious about using every avenue to register their fierce opposition to the executive order (E&E Daily, Jan. 25).

These are the bills Republicans could reintroduce in the next Congress and place on the House and Senate floors if they are able to win back majorities in the 2022 midterms elections.

The bills could also become centerpieces in the GOP’s political playbook over the next two years, and there are signs the party already sees bashing the new administration’s environmental policies as potentially winning issues.

Lummis and House Natural Resources Committee Republicans are already tweeting with a new hashtag: the #BidenBan. Lummis’ bill is co-sponsored by 25 Republicans — a quarter of the Senate.

"The Biden Ban would be nothing short of catastrophic for western states that are already reeling from the decline in energy usage brought on by the pandemic and continued volatility in energy markets," Lummis said in a statement yesterday. "It’s a one-two punch that means disaster for energy jobs, families and communities."

"It shouldn’t be this way," said McConnell. "Not with a president who campaigned on protecting the lunch-pail union jobs that his left flank wants to eliminate."

McConnell added, "This president was not elected to enact policies that prompt a certain young congresswoman from New York City to boast online that her radical ideas are shaping his energy policies," a reference to Rep. Alexandria Ocasio-Cortez (D-N.Y.).

In introducing these bills, Republicans also want to show they are serious about finding solutions, not just complaining.

Last night, Sen. Dan Sullivan (R-Alaska), McConnell and 24 Senate GOP colleagues sent a letter to Biden asking for a meeting with the president to discuss his recent executive actions on energy policy.

"The best path to reach true unity is to work together to find solutions for them and for our environment," they wrote. "We stand ready to work with you and your nominees to meet the challenges our country faces, including working for a cleaner future, and protecting our hard working men and women. We hope that you will meet with us soon and commit to working together to address these important issues in a way that is best for all Americans."

But in a reminder that this issue does not always break neatly along party lines, four Texas Democrats — Reps. Vicente Gonzalez, Henry Cuellar, Lizzie Fletcher and Marc Veasey — on Wednesday sent a letter to Biden urging him not to go through with his planned executive order.

Meanwhile, Sens. Marco Rubio and Rick Scott, Republicans of Florida, reintroduced the "Florida Shores Protection and Fairness Act," S. 28, that would codify a Trump-era moratorium on oil and gas drilling off the eastern Gulf of Mexico (E&E Daily, Jan. 26).

Democrats who might be uncomfortable with Biden’s order, however, are for the most part staying silent, with those that are most vocal on the issue hailing from the anti-drilling contingent.

Sen. Dianne Feinstein (D-Calif.) is touting the legislation to permanently ban oil and gas drilling in federal waters off the coasts of California, Oregon and Washington.

"President Biden is committed to reducing our carbon emissions, and I applaud his decision to enact a temporary moratorium," Feinstein said in a statement introducing S. 58, the "West Coast Ocean Protection Act."

She explained, "This bill takes [Biden’s] actions a step further, codifying the proposal so future administrations can’t overturn it." Rep. Jared Huffman (D-Calif.) plans to introduce the House version of the same bill.

Rep. Salud Carbajal (D-Calif.) is moving ahead with another bill that would protect the Golden State’s coast from drilling: H.R. 455, the "California Clean Coast Act," that would ban future offshore oil and gas leasing along the outer continental shelf off the coast of California.