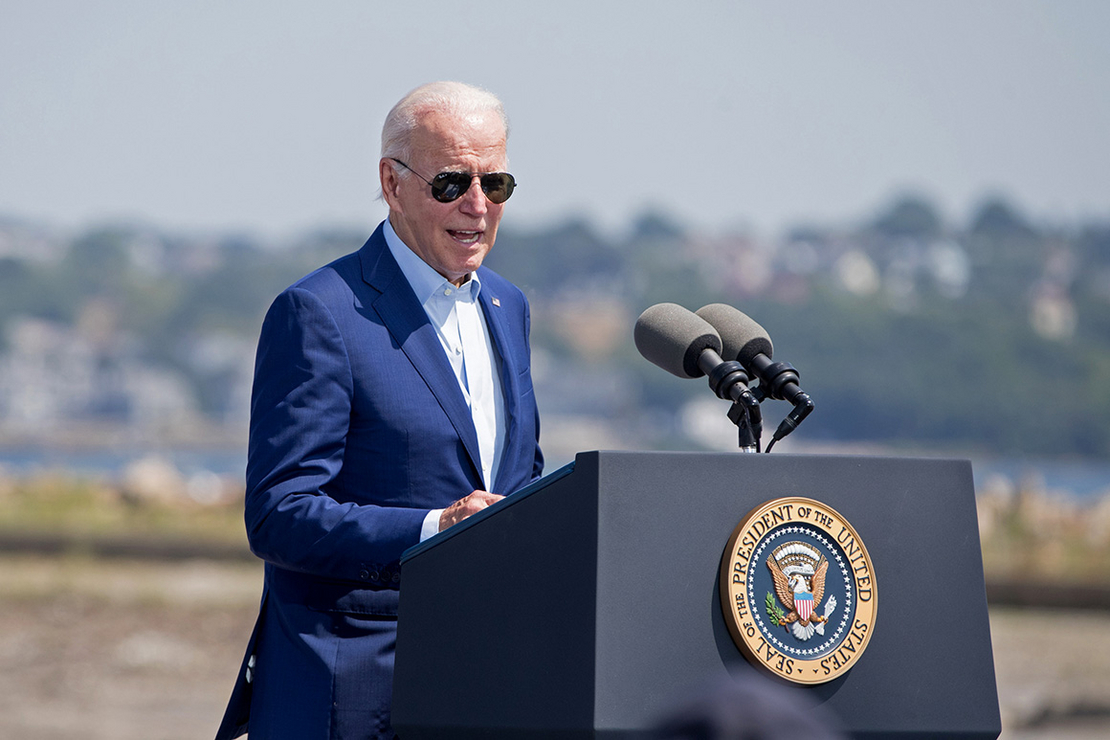 As part of his efforts to take executive action to address climate change, President Joe Biden said yesterday he would advance offshore wind development for Southeastern states — a prospect seemingly prohibited by a moratorium signed by his predecessor.

Wind advocates said they aren’t ready to celebrate yet, instead focused on maintaining a provision in the National Defense Authorization Act currently moving through Congress to reverse the 10-year ban on offshore energy development in the southern Atlantic Ocean signed by former President Donald Trump in the fall of 2020.

“We expected to be popping champagne the day this happened,” said Katharine Kollins, president of the Southeastern Wind Coalition. “But it’s the legislation that is in the NDAA we need to pursue to make sure that the moratorium goes away.”

Biden announced that his administration would advance offshore wind in the southern Atlantic, as well as in the Gulf of Mexico, as part of a handful of initiatives to advance his climate priorities.

The president addressed what he dubbed an “emergency” days after the unraveling of congressional climate negotiations due to opposition from West Virginia Democratic Sen. Joe Manchin. Still, Biden did not actually declare a “climate emergency” — a step many environmental advocates have sought — with climate adviser Gina McCarthy saying that is a decision the administration needs “to be thoughtful about” (E&E News PM, July 20).

The Biden administration yesterday designated the first two potential wind energy areas in the Gulf of Mexico, including roughly 700,000 acres off the coasts of Texas and Louisiana, building on its existing commitment to hold an offshore wind sale in the Gulf by as soon as next year.

But the president was less specific on what he planned for the waters off the coasts of the Carolinas, Georgia and Florida, beyond directing his agencies to use their power to accelerate offshore wind development in those waters.

“We’re going to make sure that the ocean is open for the clean energy of our future and [do] everything we can do to give a green light to wind power on the Atlantic coast, where my predecessor’s actions only created confusion,” Biden told reporters yesterday at the site of a future manufacturing hub for offshore wind cables in Massachusetts.

The Interior Department declined to comment for this story on whether the existing moratorium would bar the administration from new wind leasing in the southern Atlantic.

The Trump executive order, which relies on Provision 12 (a) of the Outer Continental Shelf Lands Act, prohibits “any leasing for purposes of exploration, development, or production” in the region from July 2022 to July 2032.

While it didn’t specifically name offshore wind, Trump’s executive order has long been assumed to include renewable energy, as well as oil and gas leasing.

But the Biden administration may prove willing to challenge the ban, if Congress doesn’t first, said researchers at ClearView Energy Partners LLC.

Previous indefinite moratoria, like those instituted by former President Barack Obama, have proved difficult to undo. But the Trump action’s limited time frame could prove its undoing if Biden wants to risk litigation.

The administration held a May lease sale roughly 20 miles off the coast of North Carolina that generated more than $300 million, bringing the potential offshore wind arrays for the state up to three. The state’s governor aims to reach 8 gigawatts of offshore wind by 2040 (Energywire, April 13).

Proponents of pushing forward with further development have sought to reverse the moratorium, with North Carolina lawmakers filing several bills to address the issue.

The latest push came from Rep. Deborah Ross (D-N.C.), who inked an amendment to overturn the moratorium for offshore wind in the defense spending bill that passed in the House.

Ross applauded the president in a statement for “outlining a bold plan to combat the climate crisis, including actions to boost the offshore wind energy industry in my home state.”

“President Biden’s actions today will help drive development of the emerging offshore wind supply chain by unlocking much-needed workforce expertise, resources, and infrastructure in the Gulf of Mexico and giving traditional energy workers opportunities to transition to new, good-paying jobs,” said Liz Burdock, CEO of the Business Network for Offshore Wind. “Repealing the ban on leasing in the Atlantic will also lay the foundation for realizing this industry’s long-term economic benefits.”