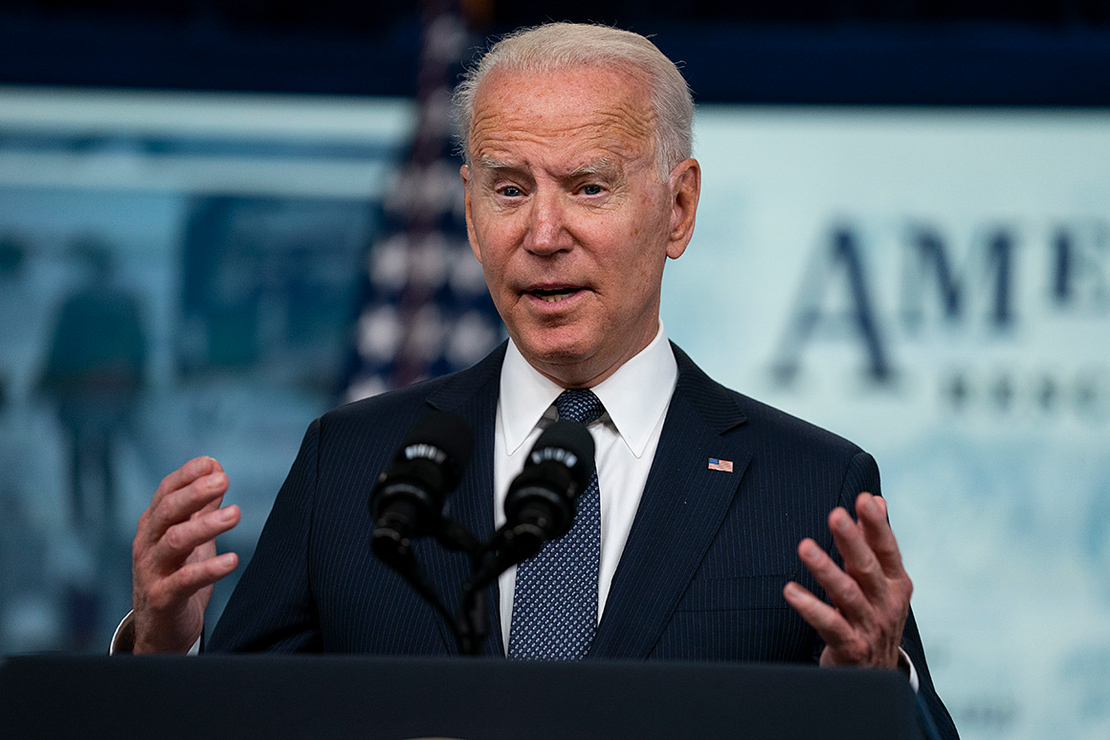 President Biden has yet to nominate anyone to lead a small White House office, a gap that is stirring debate about the pace and content of rules tied to the president’s climate and clean energy agenda.

The Office of Information and Regulatory Affairs, an arm of the Office of Management and Budget, which reviews thousands of “economically significant” rules issued by federal agencies every year, has yet to secure an administrator. The delay follows the Senate’s March rejection of Neera Tanden, the president’s choice to be OMB director.

In comparison, former President Trump, who was the slowest president in modern history to name an OIRA head, had nominated someone to lead the agency by May 2017. Biden has yet to name a permanent OMB director either, and White House press secretary Jen Psaki said this week there was no update on a nominee.

The leadership of OIRA — and the pace of Biden’s rulemaking on energy issues — are under scrutiny as Biden climate adviser Gina McCarthy said this month that the administration would tap “regulatory authority” to move its climate agenda if Congress stalls on the issue.

“We have lots of regulatory authority that we intend to use, regardless, and we’ll move forward with those efforts to try to tackle the climate crisis,” McCarthy said at the Bloomberg Sustainable Business Summit.

Some climate advocates have praised the administration’s rulemaking process, saying it already is going a long way to moving Biden’s clean energy agenda. Others say, however, they are concerned the office is moving too slowly and that the leadership gap gives too much control to career staff, who have always enjoyed considerable authority at the office, which has long been a target of progressives who have criticized its cost-benefit analyses as too favorable to corporate America.

“The vacuum of leadership means that the OIRA line staff are being left to their own devices,” said James Goodwin, an analyst at the Center for Progressive Reform, adding, “they are not elected. And they are not professionally independent people. They have an ideological ax to grind. There are all the things percolating beneath the surface.”

Since taking office, Biden has released multiple regulations that influence the energy sector. The White House’s first regulatory agenda last month, formally known as the Unified Agenda, included rules aimed at cutting emissions, such as Department of Energy efficiency standards and a plan targeting the Bureau of Land Management’s leasing process to ensure protection of public lands (Greenwire, June 11). Some regulatory scholars noted at the time that roughly 1 in 5 current active rulemakings originated under Biden and that the administration had abandoned 10% of active rulemakings from the Trump administration.

This week, DOE said it has “moved swiftly” to set new energy efficiency guidelines, including on a Trump-era rule that determines how the agency writes standards for an array of household appliances and commercial equipment.

The department “will continue our efforts to craft policies that reduce wasted energy, save consumers money, and contribute to solving the climate crisis,” a spokesman said in an email.

DOE also gave notice in the Federal Register yesterday that it would revise the Trump era’s DOE’s test procedure interim waiver process, which environmentalists said gave too much power to manufacturers by giving them automatic waivers in certain circumstances.

Additionally, OIRA has conducted reviews of dozens of climate-related regulatory actions, including DOE rules. Currently an efficiency rule for manufactured housing has been on the docket for about 60 days, which is within the agency’s 90-day standard.

“This is the process operating the way this is supposed to operate,” said Stuart Shapiro, a former OIRA staffer and current Rutgers University professor.

Yet Shapiro expressed concern about the lack of a Senate-confirmed boss at OIRA and OMB, which has caused people in what he called the “OIRA world” to be “continually scratching our heads and exchanging worried looks.”

“Who does Congress call if they are upset about energy efficiency regulation at OMB?” Shapiro added. “Right now there is no easy answer.”

On his first day in office, Biden issued a memo to “modernize regulatory review” to ensure “regulatory initiatives appropriately benefit and do not inappropriately burden disadvantaged” communities. But so far nothing has come of it.

At DOE, advocates first raised alarms last month on Biden’s rulemaking pace, arguing that the release of the first regulatory plan showed an administration behind the curve when it came to tightening conservation standards for household appliances.

“It’s alarming that they haven’t yet published proposed rules to reverse the harmful Trump actions,” said Andrew deLaski, executive director of the Appliance Standards Awareness Project at the American Council for an Energy-Efficient Economy, at the time (Energywire, June 15).

Similar pushback occurred earlier this week from green groups after the Biden administration announced a Trump-era rule governing toxic wastewater pollution for coal-fired power plants would remain in place while EPA crafts a stronger replacement. Others have complained the administration has yet to repeal Trump’s changes to the National Environmental Policy Act — a law that drives energy regulations across the federal government — even as environmental groups continue to sue the government over 2020 rules.

Brett Hartl, government affairs director at the Center for Biological Diversity, which is tracking Biden’s promises on the environment, said it has been disappointed: “They are moving at the slow steady pace of agencies, but that is not sufficient to meet the moment we are in.”

Currently, Sharon Block — an Obama labor official who most recently helmed Harvard Law’s labor program — is serving as the acting administrator at OIRA. Progressives like Goodwin praised her initial appointment and hoped it signaled that the Biden team might overhaul the regulatory review process.

Some OIRA observers say they are concerned that the agency’s career staff hold too much influence without an administrator in place. Efficiency advocates, for instance, are pointing to OIRA career desk officer Sofie Miller, a former adviser at DOE during the Trump administration, as a potential reason why some DOE efficiency standards are not moving more quickly under Biden.

“OIRA is supposed to be a fair broker, focused on cost-benefit analysis, and instead you have a person doesn’t believe any standard is cost-justified and who has a paper trail saying the program shouldn’t exist,” said deLaski.

Shapiro, though, dismissed worries that Miller — or any single staffer — could stall work.

“None of that is to say problems could not occur down the road or that Sofie couldn’t decide to be a roadblock at some point,” Shapiro said. “But these are fairly complicated rules. Her job is to look through all of them carefully. That is not a simple task.”

An OMB spokesperson pushed back against the assertion anyone was holding up Biden’s agenda.

“OIRA’s team of dedicated experts continues to charge full steam ahead delivering on the president’s ambitious climate agenda, and any assertion otherwise is misinformed,” the spokesperson wrote in an email.

Bridget Dooling, a research professor at GW who served on the Biden OIRA transition team, also stressed that every desk officer reports to a branch officer who reports to the deputy administrator and the political leadership at OMB.

“In my experience desk officers do not control the pace of regulatory reviews, but they’re an easy target because they’re often the ones communicating with the agency and meeting with the public,” she wrote in an email.

What is clear is that pending energy-related rules across the federal government could sway the U.S. emissions trajectory, particularly with congressional action uncertain on clean energy policy. In addition to two dozen DOE efficiency standards that the Trump administration did not address, another 20 products are coming up for review shortly, for example.

Updating standards for nearly 50 products would cut as much carbon over the next three decades as mothballing as many as 25 coal-fired power plants, according to a study last November by the Appliance Standards Awareness Project and the American Council for an Energy-Efficient Economy.

“It’s going to require an aggressive pace to get caught up to speed, and we’re just not seeing action that is consistent with that,” Joe Vukovich, an attorney and clean energy advocate for the Natural Resources Defense Council’s climate and clean energy program, said of the pace of energy efficiency efforts. “This is such a huge opportunity, and the Biden administration has set an ambitious climate goal.”