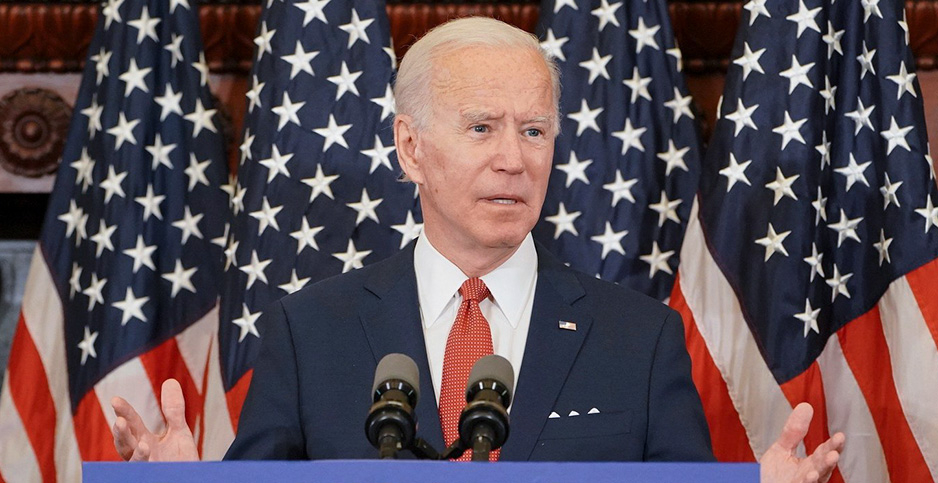 After shunning the term "climate change" for four years under President Trump, EPA’s Twitter account has overflowed in recent weeks with posts about climate justice, climate scientists and the "climate crisis."

Since President Biden’s Jan. 20 inauguration, the agency’s main Twitter feed has used "climate crisis" eight times, embracing a term that has become more common since 2017, when the Intergovernmental Panel on Climate Change released a marquee report warning the world had until 2030 to avoid runaway warming.

"In tackling the #climatecrisis, EPA will lead the charge to ensure clean air and water, as well as reduce greenhouse gas emissions, while empowering American workers and businesses to develop clean energy sources," the agency tweeted Feb. 3.

"Climate crisis" became standard terminology for Biden and his Democratic primary opponents in 2019 and 2020, and has been used by Democrats like Senate Majority Leader Chuck Schumer (D-N.Y.) who have urged the new president to declare climate change a national emergency, unlocking additional presidential powers to counter global warming and its impacts.

An EPA spokeswoman told E&E News that use of the term "climate crisis" on social media "aligns with the Biden-Harris Administration’s message on the urgency of taking action on climate change."

EPA’s Twitter feed has also devoted numerous posts to celebrating U.S. reentry to the Paris climate deal, declaring last Friday that it was "Proud to be back!" The agency has also touted EPA’s role on Biden’s new National Climate Task Force, which is headed by Obama-era EPA administrator and domestic climate lead Gina McCarthy.

Even February’s designation as Black History Month was marked by a Twitter shoutout to atmospheric scientist Warren Washington, who developed early computer models that contributed to the understanding of climate change.

It’s a marked departure from the last administration, when EPA and other agencies spent the early months of Trump’s presidency scrubbing thousands of websites, social media and other communications of all mention of "climate change."

A 2018 report by watchdog group Environmental Data & Governance Initiative found that purge extended not only to rhetoric about the importance of addressing climate change, but to pages on EPA’s website that offered assistance to state and local governments about how to manage climate risks (Climatewire, Jan. 10, 2018).

Trump EPA Administrators Scott Pruitt and Andrew Wheeler also moved climate change to the bottom of the agenda in meetings with foreign counterparts. Wheeler’s first Group of Seven meeting with other developed country environment ministers in 2018 in Halifax, Nova Scotia, focused on oceans and plastics — with climate issues addressed in the Canadian chair’s "summary" instead of the official statement from the meeting.

And Wheeler visited the Brazilian Amazon in February 2020 after a devastating fire season driven by climate change. There again, water issues and plastic pollution were on the agenda and global warming was not.