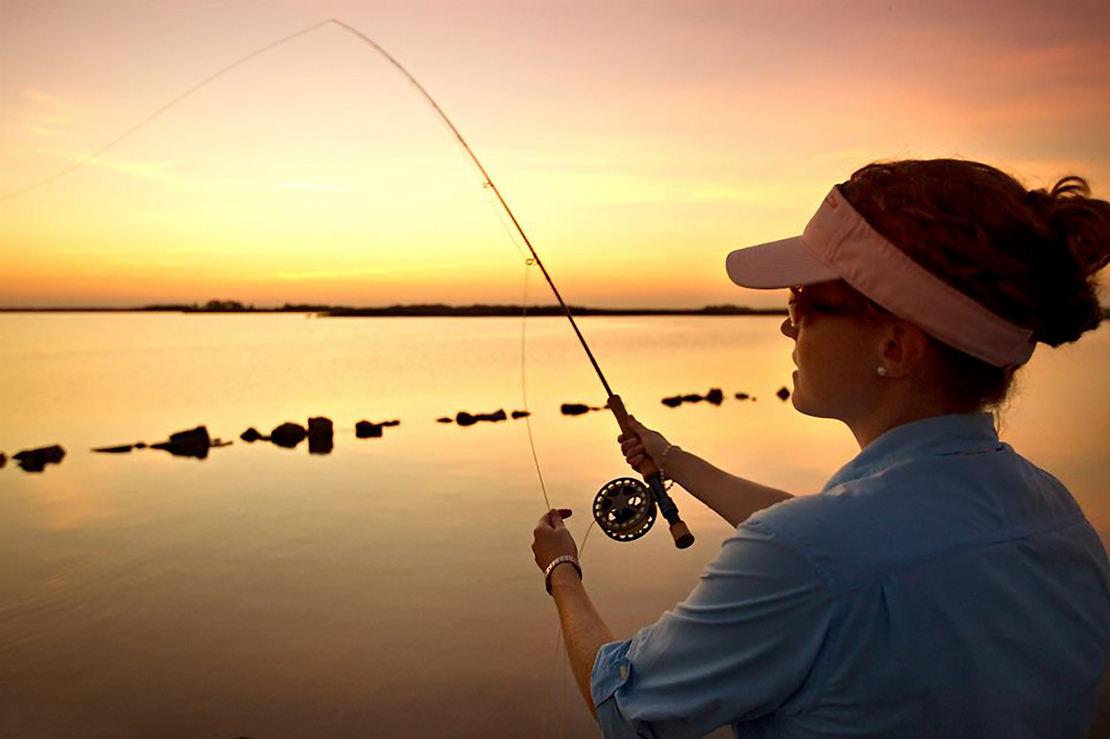 A woman fishing at Back Bay National Wildlife Refuge in Virginia. The Biden administration wants to streamline the process for obtaining special use permits at refuges. Joe Milmoe/Fish and Wildlife Service

The Biden administration today packaged together administrative reforms designed, officials say, to transform “the federal customer experience” and improve “service delivery” in areas like creating an easier system to get permits to use wildlife refuges.

Through a new executive order to be signed by President Biden this afternoon, 36 “customer experience improvement commitments” are being extended across 17 federal agencies.

“As we ask the government to do more, we can ensure the government does it better,” Neera Tanden, a senior White House adviser, told reporters this morning, adding that “we looked at the points of greatest friction for people with their government.”

Tanden said “the plan expectation here is to use existing resources” while making improvements.

Tribal communities will be able to expect more streamlined and integrated grants application processes, “rather than having to provide information over and over again to the Federal government and navigate across multiple agency websites” under the plan, according to the White House.

The Fish and Wildlife Service also will provide more of its service transactions online.

The plan’s specific targets for improvement include services provided to veterans, taxpayers, retirees and Medicare recipients, among others.

"Americans will be able to renew their passports securely online, saving time from having to wait and the effort and cost required to print, go to a post office, and use a paper check," the White House said in one example, while "passengers will have shorter security and check-in lines at airports due to increased use of technologies, like new security machines and computers with advanced screening features."

Among the changes for FWS include providing more accessible access to special use permits for National Wildlife Refuge System locations.

The special use permits are required to undertake commercial, recreational and research activities on refuges. These can range from haying and grazing to one-time events, like guiding and commercial filming.

Currently, according to the FWS website, “prospective permit holders may fill out the corresponding application, print it, sign it, and return it to the refuge for processing. The permit is not valid until approved and signed by a refuge official.”

The agency further notes that “each National Wildlife Refuge has a somewhat individual Special Use Permit process.”

The improvements will also target what FWS called “several high-volume application forms” required for individuals and businesses that import, export or re-export animals, plants and their products internationally.

“These transactions currently can take weeks or even months to process, and can require multiple paper forms to be mailed,” the White House said.

Application information is stored in the Law Enforcement Management Information System (LEMIS), which includes forms filed by applicants for the importation or exportation of fish and wildlife. It’s a lot of data.

“These imports include everything from python-skin boots, to parrots and turtles destined for the pet trade … to lions killed as hunting trophies, as well as zoo and scientific specimens," the Center for Biological Diversity noted in one lawsuit.

Applicants to import or export wildlife products currently complete FWS Forms 3-200-3a or 3-200-3b.

In September, FWS solicited public comment on a proposal to automate the forms through what the agency called a “new eLicense system” that will “simplify the application process and give the applicant the ability to pay online through Pay.gov via credit card or direct bank payment.”

The Agriculture Department’s Forest Service and Natural Resources Conservation Service, among other USDA agencies, as well as the Recreation.gov site were also designated, with officials saying this will enhance “accountability.”

“People will really feel that eyes are on the ball,” Tanden said.

FWS and the Interior Department said this morning they had no additional information about the new executive order.