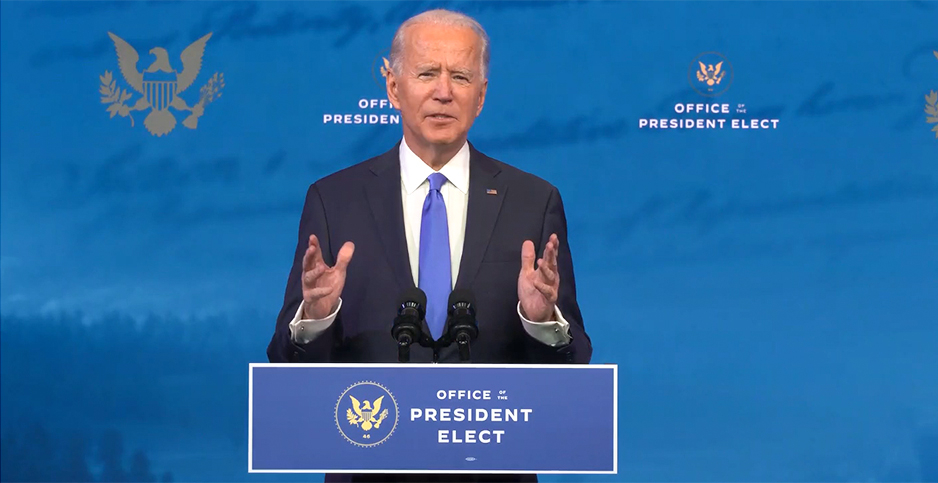 In the five weeks since first announcing the lineups, dubbed "agency review teams," the transition has added people who come from Democratic Party organizations, the private sector and the federal government.

A transition spokesman said the teams "are composed of individuals who are the best and the brightest in their fields and are ready to hit the ground running to prepare for a successful transition," and the names were added to the website because of the Presidential Transition Act’s disclosure mandates.

New names had been added for the departments of Energy and the Interior as well as EPA and the White House Council on Environmental Quality, E&E News found when comparing the roster as it stands today to the list from when the teams were first announced Nov. 10 (E&E News PM, Nov. 10).

Eric Salcedo is now on Biden’s EPA team. His most recent job was with the Democratic National Committee, and he is now a full-time employee paid with transition funds, according to the transition’s website.

The only other member of the 13-strong EPA team being paid is Billie McGrane, who hails from the Pennsylvania Democratic Party. All others are volunteering.

Salcedo was the DNC’s Midwestern regional coalitions director and before that was the national outreach director for Asian Americans and Pacific Islanders on former New York City Mayor Mike Bloomberg’s 2020 Democratic presidential campaign, according to his LinkedIn profile.

He has also been national field director for Asian and Pacific Islander American Vote and worked in the office of then-Illinois Attorney General Lisa Madigan (D).

At the Energy Department, the team added David Kieve and Rachel Slaybaugh.

Kieve was the Biden campaign’s main envoy to climate activists, with the formal title of national director of climate and conservation engagement. The position earned him high regard from the environmental community (Climatewire, Oct. 27).

He helped start the consulting firm Hilltop Public Solutions. Kieve is being paid by the transition team and is married to Kate Bedingfield, who will become White House communications director when Biden takes office.

Slaybaugh is a nuclear engineering professor at the University of California, Berkeley. Her research focus is on neutronics, particularly as it applies to nuclear reactor design, nonproliferation and related subjects.

She recently was a program director at the Advanced Research Projects Agency-Energy, a DOE agency that is likely to get renewed attention under Biden.

Arun Majumdar, the leader of the department’s transition team, was ARPA-E’s first director from 2009 to 2012.

The Interior transition team got one new member: Clara Pratte. She is a member of the Navajo Nation and has held senior roles in the tribe’s government, including as chief of staff to former President Russell Begaye and head of its Washington office. She also founded and leads the firm Strongbow Strategies.

Pratte was the director of tribal engagement for Biden’s presidential campaign. She is on the transition team payroll.

Mayela Morales has joined Biden’s CEQ team. She hails from the Michigan Democratic Party, where she was a field organizer. Morales is the only full-time employee paid with transition funds on the CEQ team.