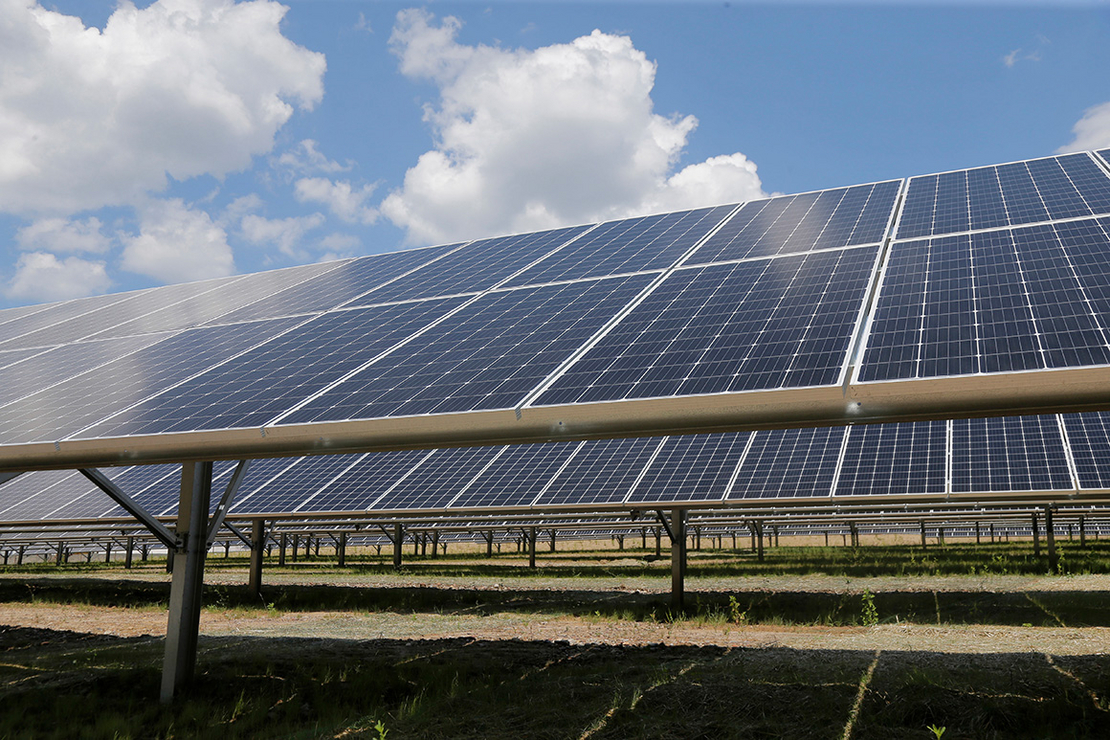 President Biden announced today he would extend the Trump administration’s tariffs on solar imports for another four years, but with key exemptions that pleased developers and disappointed U.S. manufacturers.

In a presidential proclamation, Biden kept tariffs on solar panels made outside the U.S., saying they were still necessary to protect domestic producers.

That defied the wishes of the solar industry’s main trade group, which has long sought a repeal of the tariffs, arguing they would dampen growth.

Under the Biden administration’s vision for a carbon-free grid by 2035, solar would become the nation’s biggest power resource. The president gave a nod to the risk that tariffs could slow solar’s growth. “I have determined that an extension of this safeguard measure will provide greater economic and social benefits than costs,” he wrote in the proclamation.

But Biden also took two important measures to liberalize international trade in solar products: He doubled an annual import quota for foreign-made solar cells, which had not previously been exceeded, and excluded a special double-sided type of solar panel from the tariffs.

Those two carve-outs won applause from the Solar Energy Industries Association (SEIA), which said it was “grateful to the Biden administration for clearly considering the range of issues affected by this decision.”

Abigail Ross Hopper, SEIA’s president, said the group would turn its attention to promoting legislation that creates long-term incentives for domestic solar manufacturing. “This is how we will ensure the legacy of American solar manufacturing for many decades to come,” she said.

Several U.S. manufacturers, however, lamented the carve-outs, saying they undermined the effectiveness of the tariff protections.

Auxin Solar Inc., a California-based panel producer that had petitioned the White House for four more years of tariffs, said the exclusions meant Biden’s proclamation was worth “not much more than the paper it is written on.”

“Gutting the safeguard this way makes it almost impossible to believe that we will ever produce solar cells, solar wafers or polysilicon for solar production in this country ever again,” said Auxin’s CEO, Mamun Rashid.

Hanwha Q Cells America Inc., a Georgia-based subsidiary of a South Korean company that produces the double-sided or “bifacial” panels and other solar products, said the bifacial exclusion would not help deploy more solar in the U.S.

“Unfortunately, this decision will make it meaningfully harder to create good-paying solar manufacturing jobs in the U.S. and build our clean energy future in America,” said the company’s general counsel, Andy Munro.

The decision creates a line of continuity on solar trade policy between Biden and his two predecessors, who sought to grow a U.S. base of panel manufacturers through tariffs that raised the cost of cheap imports — most of which come from Chinese companies.

The proclamation is also likely to be a defining one for the Biden administration’s energy agenda, pitting its goals of 100 percent clean power versus an emphasis on U.S. manufacturing and green jobs.

Last September, the Energy Department released a blueprint for solar’s share of a carbon-free grid, envisioning it as making up 37 to 42 percent of all electricity in the U.S. — about 10 times its current share.

But one official review of Trump’s version of solar tariffs, which largely resembled what Biden imposed today, turned up evidence that U.S. manufacturing of solar panels was beginning to respond to the existence of protections.

In a 2020 review, the U.S. International Trade Commission noted that several major panel manufacturers had opened new facilities in the U.S. since the tariffs went into effect, although domestic cell producers had continued to struggle.

Those hopes dimmed over the course of Biden’s presidency, however, as the administration’s lawyers defended Trump’s policies in court — including a move to extend tariffs to bifacial panels, which can produce electricity from the shadowed side at a small cost premium.

Biden’s decision had also attracted scrutiny from both parties in Congress, although their stances weren’t neatly partisan. On Jan. 19, one group of eight bipartisan senators warned Biden against hurting solar’s growth with a tariff extension and emphasized a different program of incentives for domestic manufacturing.

A day later, a separate, six-senator bipartisan group argued the opposite, calling it “in our national interest to support American workers whose jobs are threatened by surging imports”.