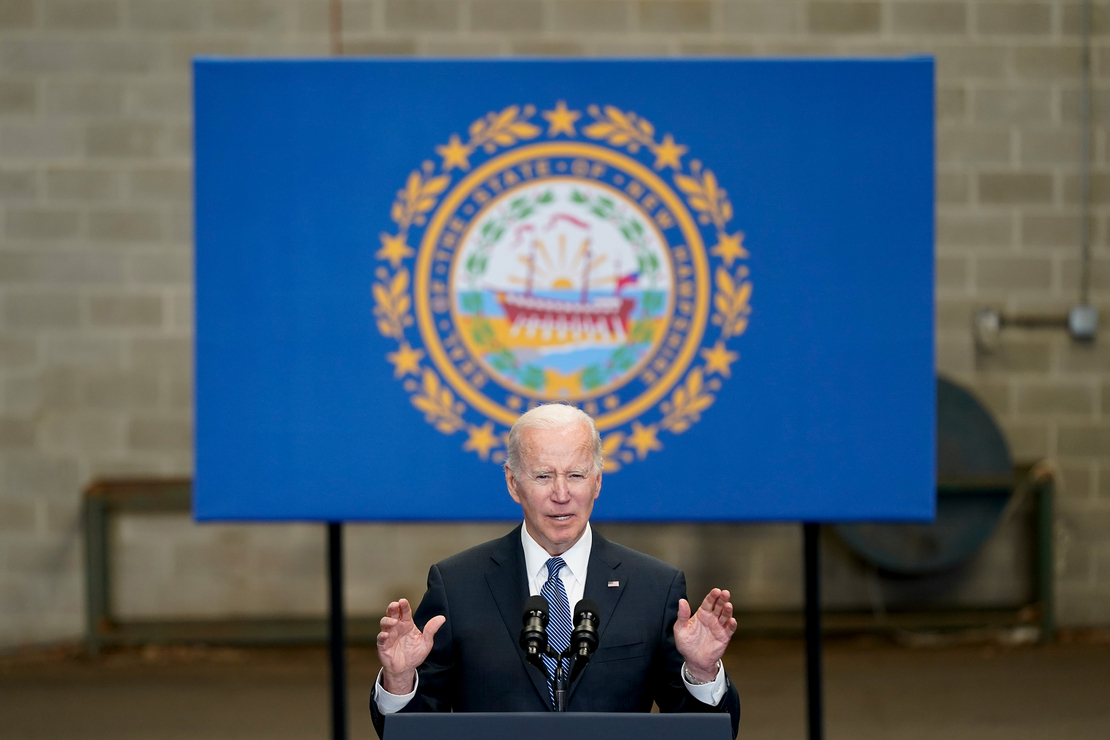 Last year, President Joe Biden used his first Earth Day in office as the backdrop for a triumphal return to the global stage on climate.

Twelve months later, the president will take the stage again. But this time, he faces rising skepticism about his ability to reach his climate aspirations.

The White House is spending its second Earth Week fighting news reports and unease among environmentalist allies that climate change has been overtaken by pressing political issues, like inflation and the war in Ukraine.

On the call, White House officials, who would not allow their names to be used, expressed frustration that Biden’s climate work was not getting more credit. One blamed reporters for not crediting the administration enough for its achievements and focusing too much on its failures.

“Leading up to this year’s Earth Day and beyond, we’ll continue to demonstrate how the United States isn’t just back at the table with words, but we’re leading the way with action,” the official said. “The press and the pundits may like to declare President Biden’s climate agenda dead, but this week we will show how it is very much alive.”

This week, the administration has rolled back the Trump administration’s weakening of the National Environmental Policy Act, to ensure that the climate risks related to major federal projects will once again be considered. The administration also announced $6 billion in funding to save financially challenged nuclear reactors, an initiative included in an infrastructure law signed by the president in November.

And White House officials said the Department of Transportation will make an announcement today on how the infrastructure bill will help states cut emissions.

That comes as Biden will travel to Seattle tomorrow to give an Earth Day speech. According to a White House official, he will “showcase how we are using Mother Nature to tackle climate change and help support the economy.” Biden is likely to be joined by Washington Gov. Jay Inslee (D), whose climate policy during his short-lived presidential campaign in 2020 influenced the administration’s climate plans.

This week’s efforts comprise meaningful climate policy, but they are a far cry from the $2 trillion in climate spending that Biden pledged on the campaign trail. For weeks, Biden and top administration have traveled the country to tout the climate provisions within the infrastructure law, which offers funding for up to 500,000 EV chargers.

The White House did not respond to calls for comment for this story.

But those actions don’t add up to the level of emissions cuts Biden promised to deliver last year on Earth Day.

The policies that would do the most to put the U.S. on track to meet his pledge to slash emissions in half by 2030 are in a holding pattern — at least for now.

White House officials are still wrangling with Capitol Hill holdouts on a package of climate investments and tax incentives that Biden has called the foundation of the United States’ effort to reduce emissions. When he was at the COP 26 international climate talks in Glasgow, Scotland, in November, Biden said the “Build Back Better” agenda — a sprawling package of proposed social and climate spending — was a cornerstone of restoring international trust in America’s commitment to stem rising temperatures.

“This is a chance, in my view, to make a generational investment in our economic resilience and in our workers and our communities throughout the world,” Biden said in November. “That’s what we’re going to do in the United States. My ‘Build Back Better’ framework will make historic investments in clean energy, the most significant investment to deal with the climate crisis that any advanced nation has made, ever.”

That promise has yet to come to fruition.

Climate activists are increasingly restless that Biden won’t be able to live up to his climate pledges. A number of top environmental groups, including those with close ties to the administration, are holding a rally in front of the White House on Saturday to push Biden and Congress to do more on climate.

There is also concern around climate-related regulations. EPA’s plans to regulate climate pollutants from utilities are on ice pending an important Supreme Court case in June that could define how those rules are written. EPA has promised proposals for new and existing power plants late this year.

Some climate experts say the White House’s change in tone between last year’s Earth Day and this one is being driven by the political moment.

“Last year was so intense that we shouldn’t necessarily expect the public announcements and engagement [on climate] to continue at that level,” said Nat Keohane, president of the Center for Climate and Energy Solutions.

Last year was a high watermark for climate action internationally, not only because of the United States’ reentry into the Paris Agreement, after being withdrawn by former President Donald Trump, but because the Glasgow summit was an important test of whether the Paris Agreement could deliver more ambitious commitments over time.

The international spotlight has temporarily moved away from climate change this year, with a lower-key summit planned for Sharm el-Sheikh, Egypt, in November, and global attention trained on the war in Ukraine.

Climate activists are looking for the administration to make progress on domestic policy this year, not dramatic pronouncements on the world stage. Policy experts and renewable energy lobbyists say their understanding is that negotiations over the bill formerly known as “Build Back Better” — with its $555 billion in climate and clean energy investments — are now being conducted behind closed doors.

That may not be a bad thing, said Keohane, provided those closed-door talks succeed.

“If Congress fails to enact [a climate law], I think the verdict will return pretty harshly on this administration, because it will have failed to take in the key step it needs to get on track for 2030,” he said.

Jamal Raad, executive director of Evergreen Action, said the White House had decided the best strategy was to use Earth Day to promote what the Biden administration had already achieved on climate.

“But if they don’t do more to highlight what else needs to get done, and the big pieces — most importantly, a climate-focused investment package in the next few weeks and months — then this will be a huge missed opportunity,” he said.

David Kieve, a former Biden White House official who is now president of EDF Action, said the window is closing on Democrats’ plans to pass a climate investment package — because budget reconciliation instructions expire at the end of September.

He said Biden should use his Seattle speech on Earth Day to turn up the pressure on Congress to act.

“I hope that he steps up in a big way on Friday in Seattle,” Kieve said.

“I don’t begrudge them in any way taking a look backward and looking for recognition on some of the many good things that they’ve done,” he added. “But to me, the most important thing is creating a little more momentum and forward progress for legislation to pass. Because to me, that’s the only way we meet our obligation to the planet, to the rest of the world.”

Biden’s year-one accomplishments include delivering on his campaign pledge to host a climate summit in his first 100 days in office. His staff produced a new Paris Agreement commitment in record time for the occasion. It promised to cut greenhouse gases at least in half by 2030 compared with 25 years earlier.

EPA moved regulations for cars, trucks, oil and gas production, and HFCs, while other agencies made progress on decarbonizing procurement or planning for a climate-altered future.

But tomorrow marks a year since Biden’s virtual Earth Day summit began. And a detailed plan for achieving the president’s commitment under the Paris Agreement, known as a nationally determined contribution, has never emerged — despite references to it in official submissions to the U.N. climate body (Climatewire, Feb.18).

Some activists are sharply critical of Biden’s progress on climate. Karen Orenstein, director of the climate and energy justice program at Friends of the Earth, said the president’s achievements don’t resemble his campaign pledges to spend trillions of dollars to decarbonize the economy.

“I think the U.S. has a long record of making broken promises internationally on climate and other environmental issues,” she said. “And I hope that this isn’t going to be added to that record.”