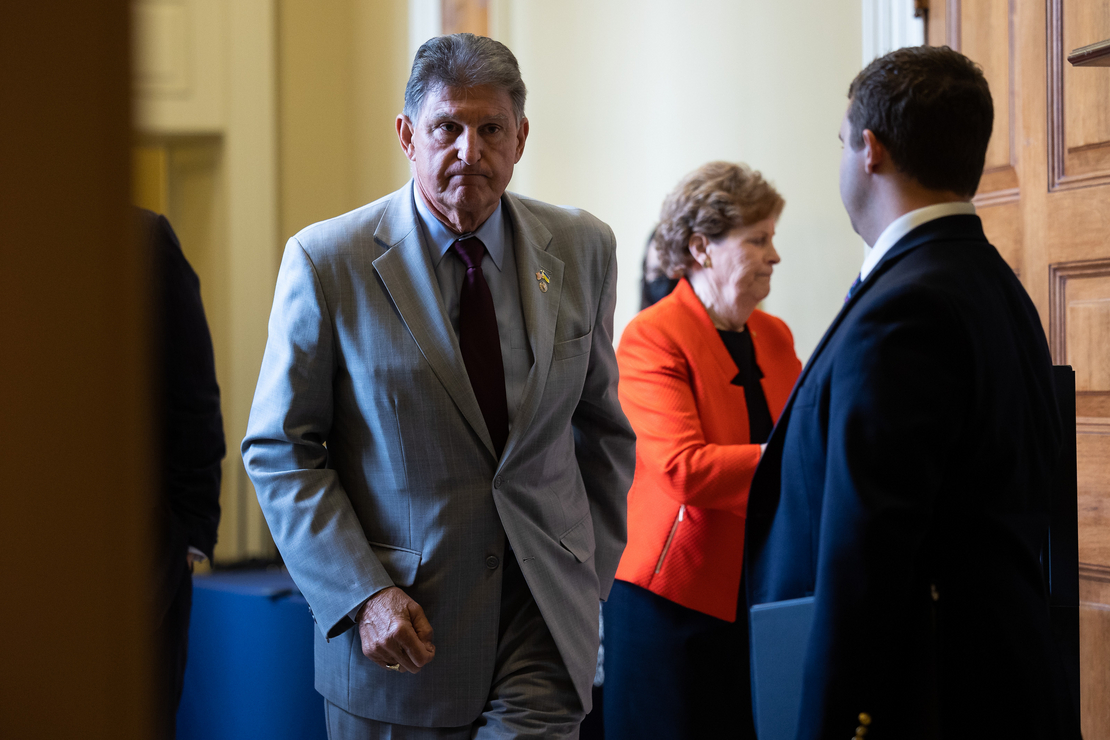 National Economic Council Director Brian Deese said this weekend the administration was hopeful a budget reconciliation deal that tackles inflation and utility costs could be done before September.

Deese told CBS News “Face the Nation” Sunday that the potential package would be the “most impactful” thing the administration and its Democratic allies could do to lower energy prices.

Senate Majority Leader Chuck Schumer (D-N.Y.) and Energy and Natural Resources Chair Joe Manchin (D-W.Va.) have been meeting to craft a possible accord with provisions to address climate change.

“Senator Schumer is working with his caucus to try to get a final package in place. And we’re hopeful that we’ll see progress on that in the coming weeks,” said Deese.

The deal’s contours will likely include mandates to reduce the deficit and record inflation. High energy prices are also on the agenda this week as Democrats scramble for a response to relentless Republican criticism.

Manchin — who derailed talks on budget reconciliation last year after the House passed the $1.7 trillion “Build Back Better Act” — has held multiple meetings with Schumer (D-N.Y.) on a slimmed-down, reworked package to carry key Democratic priorities.

Many Democrats are refusing to comment on the talks, worried of scuttling progress. But people familiar with the negotiations have toldPOLITICO and E&E News about Manchin’s hardening views against direct pay options for renewable energy tax incentives.

Democrats have long accepted that Manchin will have final say on any budget reconciliation deal. But many House Democrats, frustrated by the inaction and the looming August recess, rallied last week to nudge the Senate to hurry up.

The House Democrats, who held a press conference and sent a letter to President Joe Biden, did not provide details about what they’re willing to accept (E&E Daily, June 17)

“Come back with a plan,” said Rep. Paul Tonko (D-N.Y.), chair of the House Energy and Commerce Subcommittee on the Environment and Climate Change. “We’ve done that. We’ve passed a reconciliation package, and sent it over. We’re waiting for action, so we can’t negotiate against ourselves.”

House Democrats said they want the Senate to act by the August recess even though the budget resolution governing the process could keep negotiations alive through September.

“It’s alive. I would say that,” Pelosi said last week about a budget reconciliation package.

As the budget reconciliation talks advance behind closed doors, debate over high gasoline prices continues dominating hearings and other events on Capitol Hill, with Republicans eager to blame Democrats ahead of the midterm elections.

“The president has misdiagnosed what ails our energy economy. He is engaging in political malpractice,” wrote Barrasso.

This week, Republicans on the Energy and Commerce and Natural Resources committees will host a joint forum titled “skyrocketing energy costs are hurting Americans.”

Treasury Secretary Janet Yellen said Sunday on ABC’s “This Week” that a gasoline tax holiday was “certainly worth considering.”

“I hope to have a decision based on the data — I’m looking for by the end of the week,” the president said.

One reason so many Democrats — including House Transportation and Infrastructure Chair Peter DeFazio (D-Ore.) — have resisted a tax holiday is a concern about much-needed highway dollars. Plus, they say its unclear whether consumers would see enough savings.

“We know this is going to be a tough summer, because the driving season just started,” said Granholm on CNN’s “State of the Union” on Sunday. “And we know that there will be continued upward pull on demand.”

Schedule: The Republican forum is Friday, June 24, at 10 a.m. via webcast.