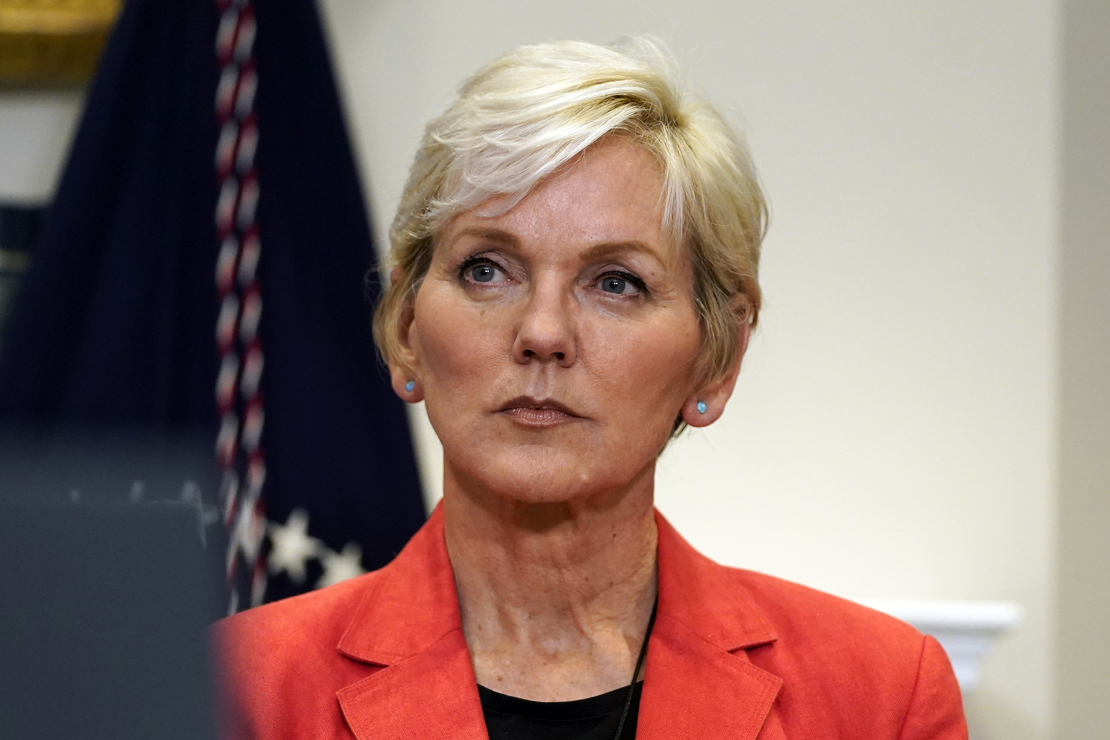 The Biden administration’s new plans to phase out fossil fuel use in federal buildings is spurring indignation from gas advocates and reviving questions about the climate promises of federal agencies.

Outlined by administration officials in a press call yesterday, the plans include a first-ever building performance standard for federal agencies to be overseen by the White House’s Council on Environmental Quality (CEQ) (E&E News PM, Dec. 7). Under the standard, federal agencies would decarbonize 30 percent of their buildings’ square footage by 2030 through electrification and reduction in energy use.

Officials did not give an estimate of how many buildings that would entail, although the federal government is the nation’s largest landlord, operating about 300,000 buildings.

The Energy Department also said it was proposing a rule that would put federal agencies on the path to eliminating gas heat. By 2025, new federal buildings would have to slash on-site fossil fuel consumption by 90 percent over 2003 levels under the proposal. By 2030, the federal government plans to stop buying fossil fuel equipment for all of its new buildings and major retrofits — a move that dozens of cities, counties and states on the East and West coasts are mandating for most new private buildings (Energywire, Nov. 30).

The new DOE and CEQ targets fit within the Biden administration’s broader goals of halving greenhouse gas emissions from federal buildings by 2032 and reaching net zero by 2045. Those targets were laid out in an executive order a year ago from the president (Energywire, Dec. 13, 2021).

Electrifying all new federal buildings would also slash the equivalent of Denver’s annual pollution from houses, she said on the press call. “But there’s another reason for the new standard. That is to lead by example,” she added.

“By making all new federal buildings clean and electrified, we will be setting a gold standard for construction all across America,” said Granholm.

Environmentalists and energy-efficiency groups applauded the announcements as a model for cities and states, while the American Gas Association attacked them as an “impractical, unscientific and expensive idea.”

But the new plans resurface questions about whether federal agencies are capable of delivering on the promise of a full transition to clean building heat.

According to Energy Department data, federal buildings emitted more greenhouse gas by burning fossil fuels in 2021 than in 2016.

The federal government also still gets the bulk of its power from fossil fuels. In 2021, 10 percent of the electricity consumed in federal buildings came from renewable resources.

Past administrations have called for transforming how federal agencies get their energy. In 2015, then-President Barack Obama set a goal of deriving 25 percent of agencies’ energy from clean sources. Those targets were revoked three years later by then-President Donald Trump.

Administration officials predicted that this time, the transition from gas to clean electric heat would take deeper root within the federal government.

“We expect that as the work is under way, it will take hold,” said CEQ chair Brenda Mallory on the press call.

Andrew Mayock, chief federal sustainability officer for the White House, cited federal agencies’ recent moves to buy electric cars for their fleets. This year, 12 percent of vehicle acquisitions were electric, compared to 2 percent the prior year, he said.

“We expect the same here in the building performance standards.”

Granholm echoed those comments, saying “these rules take a long time sometimes, as you know, and we are determined to meet the president’s agenda.”

The Inflation Reduction Act could play a pivotal role in how the Biden administration plan is implemented.

That law set aside nearly $3.4 billion for the General Services Administration to move to low-carbon electricity in the 1,500 buildings it owns and leases to other federal agencies. The sum includes $975 million for “emerging and sustainable” technologies and $250 million for improving the performance of federal buildings, according to the GSA. In November, the agency said it would not use any of the Inflation Reduction Act funds to install new gas equipment (Greenwire, Nov. 3).

Yet the gas industry contradicted Granholm’s assertion Wednesday that electric heat would save taxpayers money.

“Eliminating natural gas in federal buildings is an impractical, unscientific and expensive idea that will have no environmental benefit,” said Harbert, promising that her trade group would “vigorously participate in the public comment process” for the Biden administration’s proposals. The plan will be filed as a supplemental notice of proposed rulemaking in the Federal Register, followed by a 60-day public comment period.

“The most practical, realistic way” to a net-zero buildings sector would preserve natural gas infrastructure as envisioned in a 2020 road map commissioned by AGA that called for ramping up production of biomethane and other substitutes for natural gas, she added (Energywire, Dec. 23, 2020).

“Energy policy by executive fiat is not a thoughtful way to address emissions or maintain our nation’s vital infrastructure,” said Harbert.

But Steven Nadel, executive director of the American Council for an Energy-Efficiency Economy, said in a statement that the DOE and CEQ plans “should serve as a model for states, cities, and building owners around the country who are increasingly looking to decarbonize and cut costs.”

The White House and Energy Department’s plans were released in tandem with a third announcement — California’s entry into an existing state-federal partnership called the National Building Performance Standard Coalition.

The coalition includes 33 state and local governments that are working together to create road maps and policies that improve building performance and cut emissions. California has one of the nation’s most aggressive electrification plans for buildings. In September, state air regulators approved a proposal to ban the sale of gas boilers and water heaters starting in 2030.

That placed California at the forefront of a simmering national dispute over the future of building energy. Twenty states have banned cities from restricting use of natural gas. But municipalities across the East and West coasts are enacting gas bans for new construction — an idea that has recently spread to Montgomery County, Md. Statewide policies also are being considered in several East Coast states where Democrats control the legislature and governor’s seat.