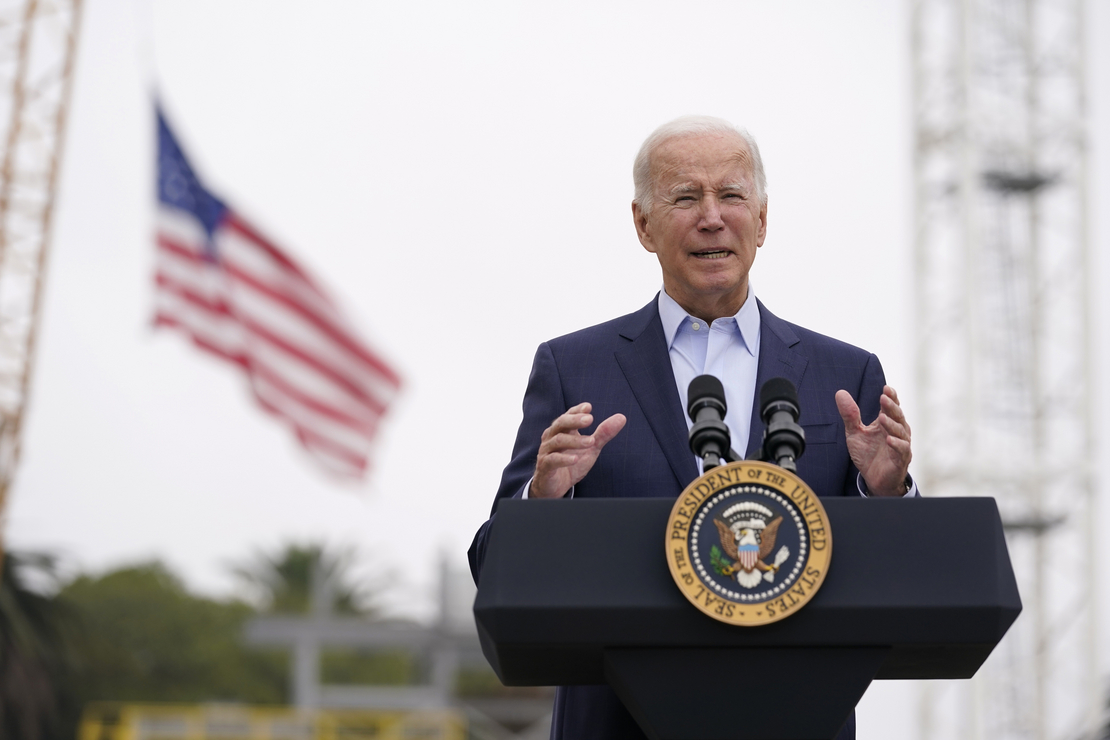 President Joe Biden on Thursday hinted at an upcoming announcement on efforts to lower gas prices.

“The price of gas is still too high, and we need to keep working to bring it down,” Biden said during a speech in Los Angeles. “I’ll have more to say about that next week.”

Biden didn’t offer further details, and the White House didn’t immediately respond to a request for comment about future gas price policies. But the president’s remarks — and a potential policy announcement next week — underscore Democrats’ desire to keep gas prices down with less than a month until the midterm election.

Earlier this month, oil-producing nations enraged the Biden administration when OPEC and its allies agreed to slash production. Senior White House officials called the move “shortsighted.” They said that Biden would continue to direct releases from the Strategic Petroleum Reserve “as appropriate” and that the president would direct Energy Secretary Jennifer Granholm to “explore any additional responsible actions” to increase domestic production.

Biden noted that gas prices were still down significantly from the start of the summer, when the national average hit a record high of $5.01 per gallon, according to AAA.

The president’s speech was centered on touting his administration’s work on implementing the bipartisan infrastructure law that was enacted last year.

Biden also used the event as an opportunity to contrast his policies with those Republicans want to enact if they win control of either chamber of Congress next month.

He slammed Republicans who voted against the infrastructure bill for now asking his administration for federal cash from it for projects in their districts, citing a recent CNN story.

“You can’t make this stuff up,” Biden said.