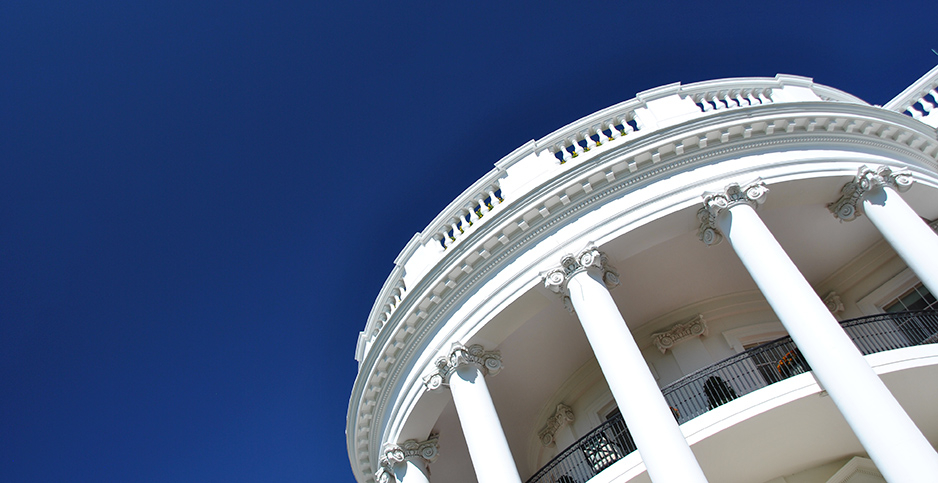 President Biden tapped a carbon tax champion this month for an influential White House position. Now, his administration just needs to figure out if carbon pricing will be a part of its climate policy.

Noah Kaufman was named March 3 as a senior economist in the White House Council of Economic Advisers. Though Biden’s climate team so far has sent mixed signals on carbon pricing, Kaufman has been blunt that such a measure is one of the most important ways to address climate change.

"For any policymaker with the goals of deep decarbonization and a strong economy, putting a price on carbon dioxide emissions is a no-brainer," he said during congressional testimony last year before the House Energy and Commerce Committee.

Kaufman, who served as deputy associate director for energy and climate change in the Obama administration’s Council on Environmental Quality, has entered the administration at an inflection point on climate policy.

Congress and the White House are working on a massive infrastructure plan that would direct hundreds of billions of federal dollars toward climate-related projects and policies. At the same time, climate envoy John Kerry and climate adviser Gina McCarthy are trying to put together a comprehensive climate policy proposal before April 22 — when the United States will host world leaders for a forum designed to set the stage for the next round of international climate talks later this year.

Global engagement is critical. The United States must lead on climate policy if other nations are to take their own goals seriously, Kaufman said during his congressional testimony.

"No other country, particularly in the developing world, will adopt strategies consistent with net-zero emissions targets unless the United States commits to its own comprehensive climate strategy," he told lawmakers.

Kaufman, 38, comes to the White House from Columbia University’s Center on Global Energy Policy. At Columbia, he was "a brilliant and generous colleague, teacher and mentor" who understands the importance of pragmatic climate policy, said Jason Bordoff, the center’s founding director.

"Noah’s ability to combine rigorous economic thinking with savvy and pragmatic policy design is an indication of the priority the Biden administration places on expertise and passion for tackling the climate challenge," he said. "He is a leading expert in climate change policies and economics, and we have benefited greatly from his knowledge and expertise in developing policy solutions that meet the urgency of the climate crisis."

In addition to his advocacy for carbon pricing, Kaufman has worked on calculations around the social cost of carbon, which accounts for the health and pollution costs of carbon emissions.

It’s another area of significant difference between Democrats and Republicans in Congress. Last week, a group of Republican state attorneys general filed one of the first lawsuits against Biden over the administration’s newly announced social cost of carbon, which they wrote "undermines the sovereignty of the States and tears at the fabric of liberty."

Kaufman has come up with a unique approach to get around the pitched battles on the social cost of carbon, which he said relies too much on modeling of future conditions.

To avoid fights over the accuracy of the models, policymakers should base their social cost of carbon figure on future climate goals, Kaufman and a group of co-authors wrote in the journal Nature Climate Change.

A multistep process would establish a target date for net-zero emissions and then draw a pathway to get there. In the final step, the price of carbon is based on the near-term cost of the steps needed to achieve the goal.

"This approach dovetails with the emissions-target-focused approach that frames climate policy discussions around the world, avoids uncertainties in estimates of climate damages and long-term decarbonization costs, offers transparency about sensitivities and enables the consideration of CO2 prices alongside a portfolio of policies," they wrote.

It’s not clear yet if Biden will use Kaufman’s carbon pricing expertise or his unique views on the social cost of carbon to help craft an international version of a carbon tax. But he has touted it as a solution to another thorny problem Biden faces — how to offset a decline in fossil fuel jobs from market forces and potential policy impacts, particularly in coal country.

In Kaufman’s work, he has designed carbon pricing that would steer targeted revenue to the counties most affected by the decline in coal jobs, where billions of dollars could be used to replace lost tax revenue and fulfill pension obligations.

"Coal industry workers spent generations, often at the expense of their own well-being, providing the energy that powered a good part of the American economy," he said in his testimony. "These communities have earned the support of their country as it transitions to a low-carbon economy."

During the campaign, Biden’s policy platform referred to an "enforcement mechanism" on emissions — which leaves the door open to a carbon tax — but could also encompass cap and trade or other programs that put a price on pollution.

Kerry and Treasury Secretary Janet Yellen have given full-throated endorsements of a carbon tax in recent months. Last month, Kerry told CNN that the Biden administration "may end up doing" a carbon tax because it is "the most significant, bold steps you can take to actually have an impact in a rapid way." McCarthy told E&E News she is open to a carbon tax but stopped short of a commitment to pursue it as part of her climate strategy.

A White House spokesperson did not respond when asked if Kaufman’s appointment signaled that the administration would pursue a carbon tax.

While many economists favor carbon pricing as a tool to address climate change, longtime carbon tax advocates see a reason for optimism in Kaufman’s appointment — considering his expertise and his pragmatic approach to pricing emissions.

The next few months likely will reveal if the administration is serious about carbon pricing, said Joseph Majkut, climate director at the Niskanen Center.

Majkut said the upcoming infrastructure bill will be heavy on climate-related spending and that the White House climate hawks will play a big role in shaping that.

One area where Kaufman and other policy experts could be helpful is selling the plan to lawmakers behind the scenes. A carbon tax could entice moderate lawmakers — including some Republicans — who likely will determine the bill’s fate, he said.

"I also think the administration sees no need to lead with their chin, so to speak," Majkut said.

Still, he said Kaufman’s appointment means the administration will have someone with a pragmatic approach to carbon pricing with a direct line to Biden’s inner circle.

"It shows you the smartest people in the game pay a lot of attention to carbon pricing," he said.