Biden: Ian could be ‘deadliest hurricane’ in Fla. history 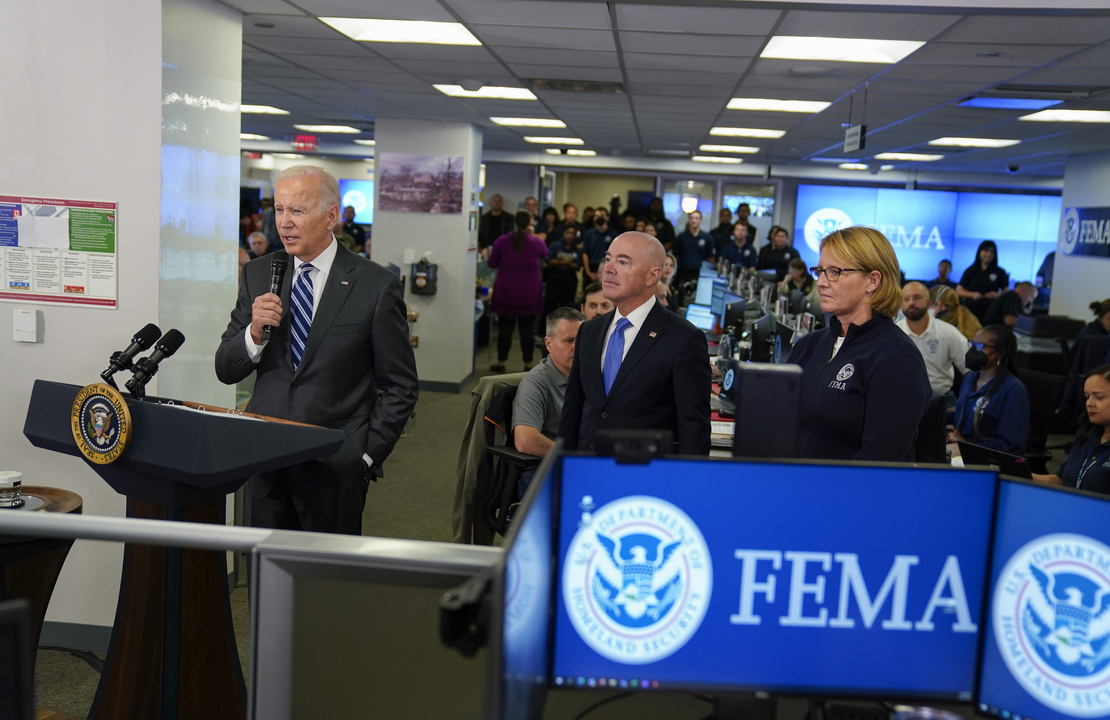 Hurricane Ian could be one of the worst ever to hit Florida, President Joe Biden said Thursday as the weakened storm continued to batter the state.

Ian was downgraded to a tropical storm Thursday after it made landfall as a fierce Category 4 hurricane and plowed through Florida, smashing communities in its path and leaving millions of homes and businesses without power (Greenwire, Sept. 29).

State and government officials are still assessing the full scope of the damage, but some of the devastation is already apparent.

“This could be the deadliest hurricane in Florida’s history,” Biden said at the Federal Emergency Management Agency headquarters in Washington on Thursday. “The numbers are still unclear, but we’re hearing early reports of what may be substantial loss of life.”

The deadliest hurricane on record was the 1928 Okeechobee hurricane, wherein more than 2,500 people died, according to NOAA. No other storm in modern history has approached such a high death toll.

Hurricanes Irma and Andrew are among the deadliest that have hit Florida in recent decades. In 1992, Andrew killed 15 people and dozens indirectly, Reuters reported, citing data from NOAA’s National Hurricane Center. Irma in 2017 caused seven direct and 80 indirect fatalities.

Search-and-rescue operations began before dawn Thursday, Biden said, for people who are stranded and in “desperate shape.”

Officials have described some fatalities from the storm, but they have stressed that it will be some time before a complete picture of the death toll is available.

“Hurricane Ian is gonna be a storm that we talk about for decades,” said FEMA Administrator Deanne Criswell, who spoke with Biden at her agency’s headquarters.

Biden also said that he plans to visit Florida when he won’t “get in the way” of the hurricane relief effort.

The president stopped to praise FEMA employees before he spoke at the podium. “You’re doing a hell of a job,” Biden told the FEMA staff.

“There’s been a loss of faith in government,” the president told them. “You are reinforcing people’s faith in the institutions.”