Biden: ‘I’m going to work like the devil’ to cut energy prices 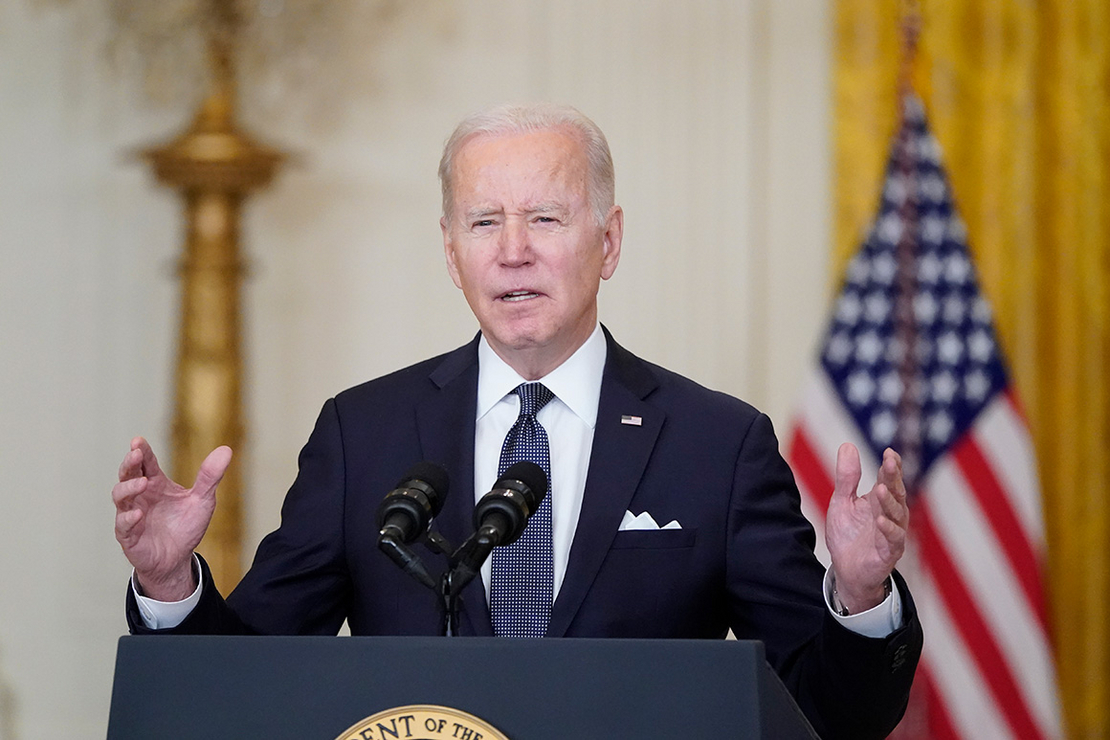 President Biden said yesterday that he’d “work like the devil” to keep fuel prices low in the United States and warned that Russia’s border aggression against Ukraine could drive up energy costs.

Russia reportedly began withdrawing troops from the Ukrainian border yesterday, although Biden said the United States had not verified the claim and that an attack remained a “possibility.” Oil and natural gas prices spiked in recent days over fears that a war would disrupt Russian energy production and sever pipeline connections to Western Europe (Climatewire, Feb. 9).

Speaking at a meeting of the National Association of Counties, Biden said he understood the impact that high energy prices have on Americans.

“I grew up in a family where the price at the pump was felt in the kitchen,” he said. “I’m going to work like the devil to bring the price of gasoline down.”

In a later White House appearance, Biden said Russia should “let diplomacy work” and reiterated that the country would face severe consequences if it invaded its neighbor. Those actions would likely be felt by American consumers, although the White House is working with other countries and with Congress to dampen the impact, he said.

“We’re prepared to deploy all the tools and authorities at our disposal to provide relief at the gas pump,” he said.

The White House and Democrats in Congress are considering a temporary suspension of federal fuel taxes, possibly for the rest of the year. That would cut the price of gasoline by 18 cents per gallon (E&E Daily, Feb. 16).

White House press secretary Jen Psaki didn’t rule out such a move during a briefing with reporters yesterday, saying “all options are on the table.”

The administration has called on OPEC to ramp up its production and also orchestrated a coordinated release of crude reserves in the United States, China and other countries (Energywire, Nov. 23, 2021).

Republicans and some oil companies have blamed the increase on Biden’s environmental policies, including a pause in leasing federal property for new drilling. Administration officials have pointed out that oil companies are reaping healthy profits from the price spike and could increase production if they choose.

Biden promised not to send U.S. troops to Ukraine, but said Russia would face “powerful sanctions,” including options the United States didn’t use when Russia annexed part of Ukraine in 2014.

The Nord Stream 2 pipeline, which would deliver gas from Russia to Germany, “will not happen” if Russia invades, Biden said.

Appearing next to German Chancellor Olaf Scholz last week, Biden made that same pledge, saying “there will no longer be a Nord Stream 2” if Russian military forces cross into Ukraine (Energywire, Feb. 8).

The price for domestic oil fell about 3 percent yesterday to just over $92 a barrel in reaction to the easing tensions, but the relief could be temporary.

Even with Russian troops reportedly withdrawing, a threat to supply still exists, according to analysts with the Norwegian research firm Rystad Energy.

“Russia’s claim of partially withdrawing troops from the Ukrainian border has slightly loosened the stranglehold the tensions have over the market, but the threat to supply persists, especially considering Russia will continue large-scale military maneuvers in the region,” Claudio Galimberti, a senior vice president at Rystad, said in a statement.

“Although the geopolitical risk in the region has temporarily receded, Russia’s crude exports up to 700,000 [barrels per day] could still be at stake in the event of a war with Ukraine,” Galiberti said.