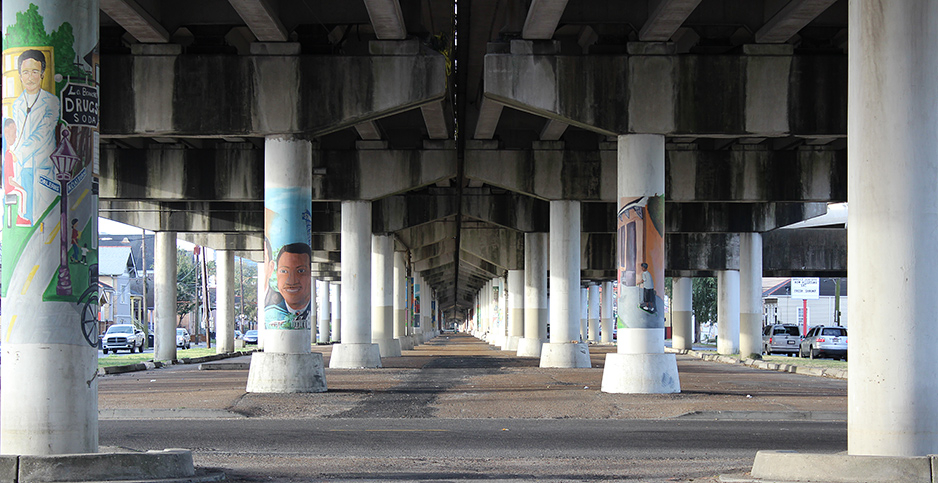 Biden will formally unveil the proposal in Pittsburgh today, making it the administration’s top legislative priority.

It calls for historic spending on a wide array of priorities, from job creation to raising wages for home and child care workers. But it largely focuses on repairing the country’s crumbling roads, railways, ports and other infrastructure (E&E Daily, March 31).

"These investments," the plan states, "will advance racial equity by providing better jobs and better transportation options to underserved communities." The White House also wants to address the lingering burdens past transportation projects have left for communities of color and shortcomings in providing clean water infrastructure, and offer clean energy job opportunities to underrepresented communities.

Biden is calling for doubling federal funding for public transit, noting that the Department of Transportation has identified a backlog of $105 billion in maintenance needs for 24,000 buses, 5,000 rail cars and thousands of miles of track.

That includes a proposal that would address communities of color that have seen highway and other projects tear through their neighborhoods, such as the Claiborne Expressway in New Orleans or Interstate 81 in Syracuse, N.Y.

Coes stressed the department intends to take a bottom-up approach and include career staffers "who have been working on this for dozens and dozens of years."

Already its work has begun in earnest, putting the department ahead of other federal agencies on this effort.

"In response to the executive orders, we reviewed grants that were going out the door in real time, and we actually brought that back into review," he told the advisers, referring to Biden’s Jan. 27 climate and justice orders.

One of those grants was a more than $800 million highway grant that was reviewed and reenvisioned to include equity and environmental justice criteria as part of that grant, Coes said.

DOT and other agencies are beginning to use tools that the administration is developing as part of Justice40 — Biden’s proposal to allocate 40% of investments in clean energy, transit and other climate-related funding to underrepresented communities.

The White House budget office will soon provide direction to agencies on Justice40, said Candace Vahlsing, associate director for climate, energy, environment and science at the White House Office of Management and Budget. And OMB is identifying existing programs and looking at state tracking efforts to measure success, she said.

Biden’s proposal calls for removing all lead pipes and service lines for drinking water, part of a $111 billion plan that the White House said would improve the health of children and communities of color. He plans to highlight Pittsburgh’s struggles with water contamination when unveiling the package today (Greenwire, March 30).

And the plan targets job creation in historically underserved communities.

"Structural racism and persistent economic inequities have undermined opportunity for millions of workers," it says. "All of the investments in workforce training will prioritize underserved communities and communities hit hard by a transforming economy."

That includes a job training program for formerly incarcerated individuals and making clean energy, manufacturing and infrastructure jobs available to women and people of color, the White House said.

Mustafa Santiago Ali, a former EPA environmental justice official, said it will be critical to track how the funding materializes in hot spots throughout the country — places such as Cancer Alley in Louisiana; Institute, W.Va.; Manchester, Texas; Indigenous villages in Alaska; and the Black Belt region in the South.

"How does transformation happen?" he asked, noting that accountability on the ground will be essential.

He also raised concerns that the package is not big and bold enough to address nonexistent infrastructure like adequate water pipes in some cities. "We can’t place a veneer over vulnerable communities," he said.

"We need a larger set of dollars to be able to fully develop the amazing vision that the Biden administration has for our country."