Biden keeps Jerome Powell. What it means for climate 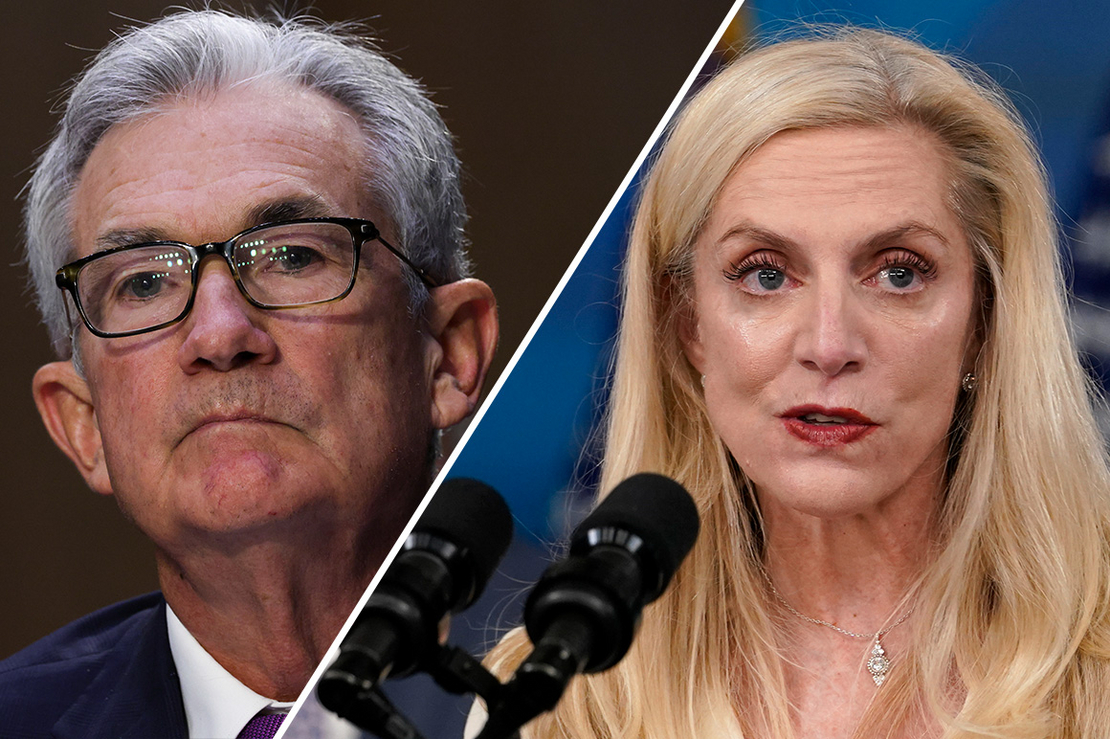 In nominating Jerome Powell yesterday for a second term as Federal Reserve chair, President Biden chose the conventional route — and in the process left many climate activists and advocates disappointed.

But observers said it’s remarkable in itself that climate played a role in the debate on who should lead one of the most powerful financial institutions in the United States. And they urged Biden to fill other open positions at the Federal Reserve with climate-focused economists.

“Powell’s failures on regulation, climate, and ethics make the still-vacant position of vice chair of supervision critically important,” said Sen. Elizabeth Warren (D-Mass.) in a statement. “This position must be filled by a strong regulator with a proven track record of tough and effective enforcement — and it needs to be done quickly.”

Biden’s decision to ask Powell to return as chair represents, in one sense, a return to tradition. It revives a long-followed practice — abandoned by the Trump administration — in which presidents retain their predecessor’s Fed chairs to ensure policy continuity and central bank independence.

But it also runs counter to what progressives and climate hawks have said for months: that Biden should ditch Powell — who is often described as a laggard on climate issues — and elevate Fed Governor Lael Brainard, who holds a doctorate in economics and is an outspoken proponent of climate risk mitigation (Climatewire, Dec. 21, 2020).

Instead, Biden said he would tap Brainard to be the Fed’s next vice chair, Powell’s second in command. Biden said both nominees’ leadership during the COVID-19 pandemic — when the nation was “hemorrhaging jobs” and financial markets were panicking — helped drive his decision.

“I’ve said before, we can’t just return to where we were before the pandemic, we need to build our economy back better, and I’m confident that Chair Powell and Dr. Brainard’s focus on keeping inflation low, prices stable, and delivering full employment will make our economy stronger than ever before,” Biden said in a statement.

Biden also noted that climate change was a factor in his choice. The acknowledgment marks a significant shift for the United States, where previous administrations and regulators — Powell among them — have come under fire from activists for moving too slowly to address the financial sector’s climate vulnerabilities.

During a White House press event yesterday afternoon, Biden said both Brainard and Powell share his belief that global warming merits urgent action. Biden added that Powell in particular has made clear he would prioritize accelerating the Fed’s climate work.

“Extreme weather has cost our economy over $600 billion over the last 10 years. We have to make sure our financial system can withstand climate change, and is prepared to transition to clean energy,” Biden said. “The Fed must be a leader among central banks globally in addressing climate related financial risks.”

Powell is expected to garner enough Senate support to again win the job. In 2018, after former President Trump broke tradition and nominated Powell to replace then-Fed Chair Janet Yellen, Powell was confirmed by an overwhelming margin: 84-13.

While progressives including Warren and Sens. Sheldon Whitehouse (D-R.I.) and Jeff Merkley (D-Ore.) have said they would oppose Powell’s nomination, a slew of lawmakers on both sides of the aisle signaled they would support him.

Notable among them: Sens. Sherrod Brown (D-Ohio) and Patrick Toomey (R-Pa.), the chair and ranking member of the Senate Banking, Housing and Urban Affairs Committee.

Despite disagreeing on myriad issues — including whether it is appropriate for the Fed to focus on climate risk at all — the duo in separate statements lauded Powell’s efforts to stabilize the economy amid the coronavirus pandemic.

“Fed Chair Powell has led our economy through a historic pandemic, and under his and President Biden’s leadership, unemployment has fallen and workers are seeing increased bargaining power," Brown said in a statement.

Toomey, for his part, said that while he has disagreed with some of Powell’s decisions, he has confidence the Fed chief recognizes the risks of high inflation and would work to stymie it.

While Hagerty and some other lawmakers did not weigh in on how they would vote on Brainard, both Toomey and Cramer said they have concerns with her track record at the Fed and regulatory moves she might support. But the two stopped short of saying which way they would vote.

When former President Obama first nominated Brainard to the Fed board in 2014, she was confirmed 61-31. Brown signaled he would support her for the post, as did Smith and Warner.

Warren, for her part, said the same. But she was also among those who noted there are still three Fed vacancies Biden needs to fill — and that his decision to keep Powell in the top spot makes one of those empty seats, the vice chair for supervision, even more crucial.

Established in the wake of the 2007-2008 financial crisis, Congress created the role to ensure the Fed keeps a closer eye on emerging risks to financial stability. That includes the responsibility of monitoring the largest Wall Street banks.

But the job has been empty since mid-October, when former Vice Chair for Supervision Randal Quarles’ term ended.

Critics say the Fed under Powell and Quarles did the opposite of curtailing big banks’ risky behavior — including by watering down rules established by the Dodd-Frank Wall Street Reform and Consumer Protection Act that were meant to shield finance firms and the broader system from economic shocks.

As such, they say it’s critical Biden chooses someone who would flip the script.

It “is essential that President Biden nominate additional board members, including the vice chair of supervision, that will act to address climate-related threats to our economy,” said Ben Cushing, who heads the Sierra Club’s finance campaign.

Groups including the Sierra Club, Public Citizen and 350.org characterized Powell’s renomination as a major disappointment on the grounds that he’s been slow to acknowledge climate change as a systemic threat to U.S. financial stability. They’ve also taken issue with Powell’s position that it’s not the central bank’s job to curb climate change itself.

First: Brainard’s promotion, as a sign that more aggressive efforts around climate risks could be imminent. And second, that Biden still has a chance to tap an official who is sharply attuned to the threats that the world’s biggest banks — who also have been deemed the largest fossil fuel financiers — pose to the global economy.

Top on environmentalists’ wish list: Sarah Bloom Raskin — an Obama-era Fed governor and Treasury Department official — and Lisa Cook, who served as a senior economist on the Council of Economic Advisers during the Obama administration, among other high-profile roles.

Both are members of the Regenerative Crisis Response Committee, a group of academics and former government officials who put their heads together to inform policymakers’ efforts to address climate-fueled financial perils (Climatewire, May 21).

“All eyes now on filling the remaining leadership seats with climate champs Sarah Bloom Raskin and Lisa Cook,” Justin Guay, who directs global climate strategy at the Sunrise Project, tweeted yesterday. “They would fundamentally change the Fed’s stance on climate in a powerful way.”

Biden said yesterday he would announce his picks for the other positions in early December.