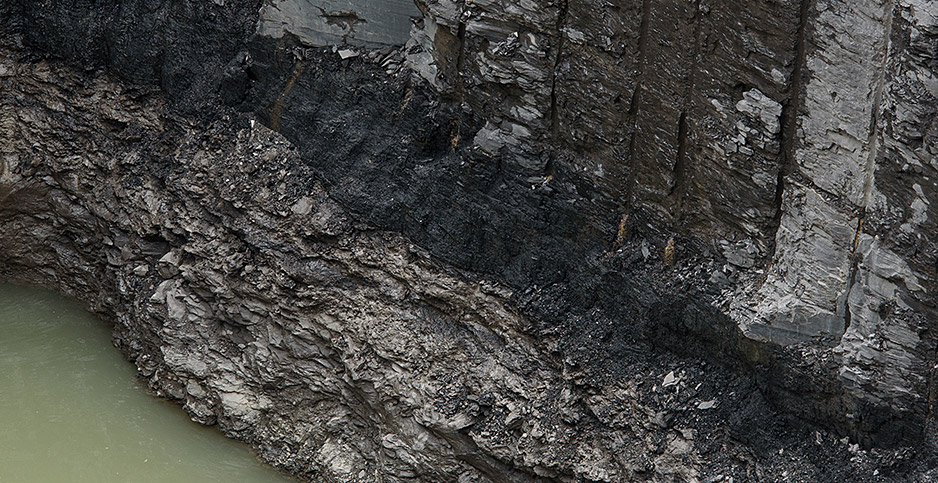 The Lower Kittanning coal seam is exposed near the entrance of a mine in Friedens, Pa. Justin Merriman/Getty Images

The Interior Department today moved to withdraw a Trump administration rule that would have lowered companies’ royalty payments on publicly owned fossil fuels by millions of dollars each year.

In January, the Office of Natural Resources Revenue finalized amendments to the valuation rule after an unsuccessful attempt by the Trump administration to repeal an Obama-era overhaul.

The Obama administration’s royalty rule put in place hotly debated requirements, such as an "arm’s-length transactions" rule prohibiting companies from selling coal at discounted rates to subsidiaries in order to deflate royalty payments.

The January rule would have also changed the way royalties are valued for oil and gas. Full repeal of that regulation would result in an estimated $64.6 million annual increase in royalty collections, ONRR said today in its announcement.

An Interior spokesperson said axing the rule would ensure communities receive a fair return from energy development onshore and offshore.

"Interior is proposing to withdraw an attempt by the previous administration to shortchange American taxpayers for the resources that oil and gas companies extract from public lands," the spokesperson said in a prepared statement.

Interior’s withdrawal proposal comes as the National Mining Association and the American Petroleum Institute are fighting the Obama valuation rule in the U.S. District Court for the District of Wyoming.

Judge Scott Skavdahl, an Obama appointee, granted a reprieve to the coal industry in 2019 when he temporarily halted requirements for miners to abide by the rule while the case remained under consideration. He left the oil and gas portions in place (Energywire, Oct. 9, 2019).

"The primary problem with the new valuation methodology for coal is requiring it to be valued based on the sales price of a different commodity (electricity) where an arm’s-length sale of the coal does not otherwise exist," Skavdahl wrote at the time.

The National Mining Association’s argument brief in the case is due today. Where there aren’t arm’s-length transactions, NMA Executive Vice President and General Counsel Katie Sweeney said, ONRR should value royalties based on sales of coal produced in the same area and time frame, rather than further up the supply chain.

ONRR said in its justification of today’s proposal that the bureau’s primary responsibility is to ensure fair value for the public from royalty collection.

"Any decision by ONRR to incentivize or disincentivize [fossil fuel] production that compromises the attainment of a fair return for the United States would be outside ONRR’s primary function," the explanation says.

"The 2020 valuation rule was a blatant giveaway to the oil and gas industry and would have cost taxpayers hundreds of millions of dollars in lost revenue," she said via email.

Taxpayers for Common Sense said in previous public comments that ONRR could more easily address "the problem of valuing federal coal sold through non-arm’s length transaction" in a new rulemaking, rather than amending January’s rule.

Kathleen Sgamma, president of the Western Energy Alliance in Denver, said the Obama-era valuation rule was "so needlessly complex that it had the effect of increasing audit risk for operators through differences in interpretation from auditor to auditor."

Sgamma was a member of the Trump administration’s Royalty Policy Committee, which advised the Interior Department on revenue collection and establishing fair market value for federal minerals.

She said the 2020 revisions addressed some of the earlier issues that industry had with the rules. But the measure was finalized too late, just before Trump departed office, leaving it at risk of repeal under the new Biden administration.

"This is not unexpected at all, but we would hope the administration would be open to fixing some of the technical problems with the 2016 rule that make it cumbersome and inefficient for ONRR and operators alike. There is room for common ground on a more efficient royalty valuation system that ensures a fair royalty is paid," Sgamma said.

Frank Macchiarola, the American Petroleum Institute’s vice president of policy, said in an email that the January rule was "based on transparent policy deliberations that span almost a decade and provided certainty, clarity and consistency in valuation methods."

He added that the oil and gas industry is committed to working with the Biden administration on regulations that provide certainty and ensure that communities benefit from energy production.