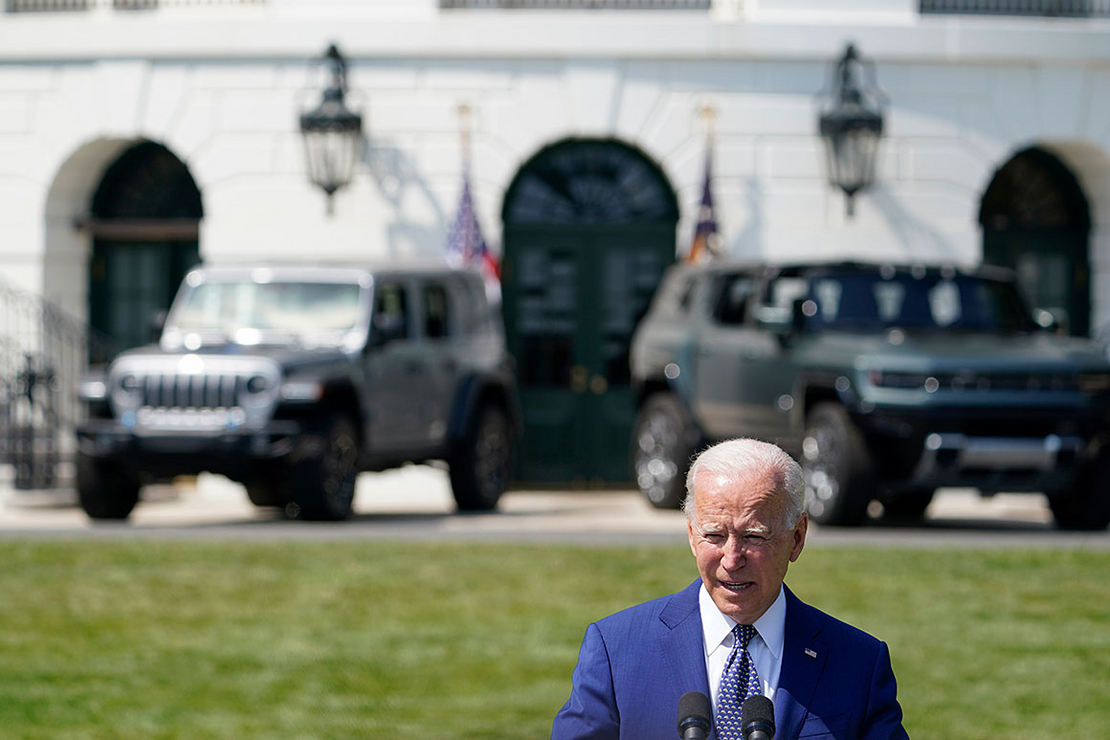 President Biden speaks on the South Lawn of the White House today during an event on clean cars and trucks. Susan Walsh/AP photo

President Biden today announced a multipronged plan for slashing car emissions and accelerating the country’s transition to electric vehicles over the next decade.

The push marks one of the administration’s most significant actions to curb climate change and clean up the country’s biggest source of greenhouse gas emissions.

“[The] future of the automobile industry is electric, battery electric, plug-in hybrid electric, fuel-cell electric — it’s electric, and there’s no turning back,” Biden said today on the South Lawn of the White House. “The question is whether it will lead or fall behind in the race for the future.”

Flanked by auto industry officials, union representatives, congressmen and agency heads, the president signed an executive order calling for half of new car sales to be electric or plug-in electric hybrids by the end of the decade.

“We need automakers and other companies to keep investing in America. We need them to take the benefits of our public investments and expand electric vehicles and battery manufacturing production abroad,” Biden said. “And we’re going to do everything in our power to encourage and protect the right of workers to unionize and collectively bargain.”

Looking further out, Biden’s order also kicks off longer-term pollution standards for cars and trucks for in the second half of the decade.

While the president didn’t set a timeline for the longer-term rulemaking, he said it sets the country on track to reduce carbon emissions from new passenger vehicles by more than 60% in 2030 compared to automobiles sold last year.

Automakers have largely come out in support of the president’s order but stopped short of firmly committing to its 50% target without further federal investment (E&E News PM, Aug. 4).