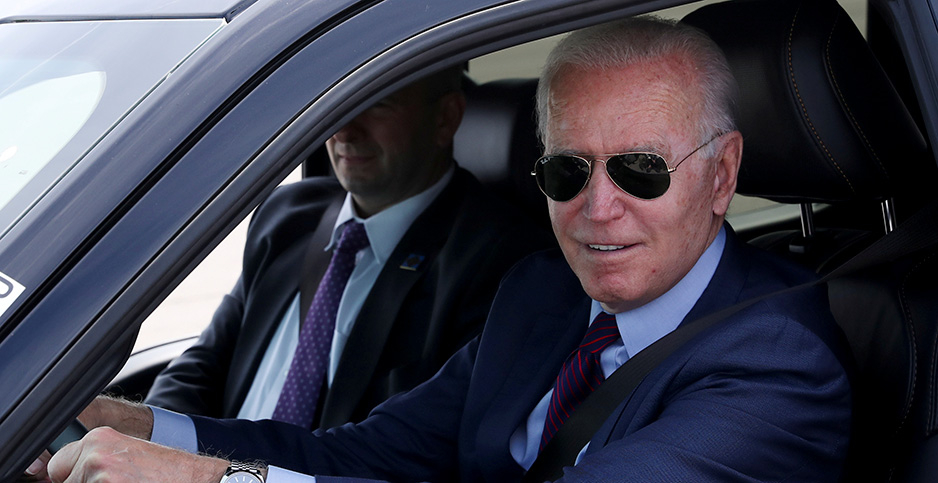 The White House today released its plan to shore up U.S. supply chains, identifying the next steps to ensuring domestic access to critical minerals and laying out a blueprint for manufacturing electric vehicle batteries.

President Biden’s lofty goal to transform the nation’s ground transportation with a $174 billion federal investment in electric vehicles will require a huge increase in metal availability.

In general, mineral supply for EVs, wind turbines, solar panels and other green technologies will need to rise sixfold by 2040 in order to reach net-zero emissions globally by 2050, according to a recent International Energy Agency report.

Right now, the United States lags far behind competitors like China in its production of key minerals like rare earth elements and in electric vehicle battery manufacturing.

In today’s review, the Biden administration outlined a range of measures emphasizing social and environmental responsibility while also embracing an expansion of mining and mineral processing domestically and among U.S. allies.

The supply chain review, ordered by Biden shortly after he took office, included many areas where the United States relies on foreign manufacturing or raw materials, including in the semiconductor and pharmaceutical industries.

"Decades of focusing on labor as a cost to be managed and not an asset to be invested in have weakened our domestic supply chains, undermined wages and union density for workers and also contributed to companies’ challenges finding skilled talent," Fazili said at a White House press briefing today.

Where are the minerals?

When it comes to the United States’ mineral deposits, one challenge is that the majority are located on or near lands with cultural and environmental significance to Native American tribes, according to new research by MSCI, a New York-based financial firm (Climatewire, June 4).

That poses a conundrum for the Biden administration, which has made it a priority to engage in tribal consultation and pledged commitment to environmental justice.

Another major barrier to ramping up production is knowing where critical minerals are located. Just 35% of U.S. land is covered by detailed geological mapping of the subsurface, the Biden administration’s strategy says.

"The United States’ non-fuel mineral resources are significantly under-mapped relative to those of other developed nations," according to the report.

The Interior Department will lead a task force with the Agriculture Department and EPA to identify sites where critical minerals like lithium and rare earth elements can be tapped and processed, the strategy says. That group should also work with Native American tribes, labor unions, industry and environmental justice leaders, the report adds.

It also recommends that Interior seek to increase staffing levels for the U.S. Geological Survey’s Mineral Resources Program, which has seen its funding levels decrease dramatically in the past 25 years.

Globalization and commodities markets have made producing critical minerals in a way that safeguards the environment for local communities and workers less competitive economically, the report highlights.

"The global race to the bottom in search of lowest-cost production has led to the proliferation of critical mineral extraction, processing, and recycling operations in locations with weak environmental regulations, labor standards, and governance," it says.

Currently, the federal government and private-sector companies don’t fully evaluate the social and environmental effects when purchasing critical minerals. But they should, the report says.

The United States "can drive global market change" by working with industry to create new sustainability standards, the report says. The effort could address a handful of essential materials at first, with the long-term aim of Congress cementing new standards into law.

Biden has taken criticism recently from Republicans who want to see his administration move more aggressively to help new mines open on American soil (Greenwire, May 27).

The White House has countered that it is open to increased mining in the United States, saying it will be necessary to develop resilient EV battery supply chains, which include minerals like nickel, copper and cobalt.

The administration plans to boost investments for critical mineral projects abroad through the U.S. International Development Finance Corp. That federal financial institution is already the largest shareholder of TechMet, an investment firm with interests in a Brazilian nickel mine and a Canadian battery recycler.

As part of its plan to combat climate change, the Biden administration has said it will work to manufacture many clean energy technologies domestically, shifting the United States away from relying on foreign imports.

That includes significantly increasing domestic production of lithium batteries needed for electric vehicles. The administration has said it intends to electrify the federal fleet and scale up consumer adoption of EVs.

Currently, the United States has less than 10% of global market share for capacity across all major battery components. Most of the world’s lithium is mined in other countries, such as China, which has cornered the market with 77% of the world’s lithium production capacity and 80% of raw-material refining. The global lithium battery market is expected to grow by a factor of five to 10 by 2030.

James Conway, co-chair of Securing America’s Future Energy, said it’s time Congress starts to enact some of the recommendations made in the report to curb China’s influence.

"If we do not build a supply chain beyond Chinese influence, the United States risks becoming reliant on [Chinese Communist Party] decisions in Beijing," Conway, who is a retired Marine Corps general, said in a statement.

As part of today’s announcement, the administration said it would work to identify new domestic mining sites for lithium and ensure environmental safeguards and good-paying jobs with the choice to join a union and bargain collectively.

Companies in states like Nevada have been working to mine lithium, but efforts have been stalled by opponents concerned about the environmental ramifications (Greenwire, Jan. 19).

The Energy Department said it plans to develop a domestic supply chain for lithium-ion batteries and will offer loans for companies that can refine, process and recycle materials needed for EV production.

The White House said federal agencies like EPA should play a critical role in decreasing market barriers to recycling EV batteries and motors. The latter contains magnets with substantial amounts of rare earth elements, another market that China dominates.

DOE has the authority to issue $17 billion in loans under the Advanced Technology Vehicles Manufacturing Loan Program, which has mostly lain dormant since 2010, when it was used to support Tesla Inc.’s EV pursuits. The agency said it would leverage the program to offer loans to companies producing advanced battery technology in domestic factories.

The agency said it would also work to support the deployment of energy storage projects at federal sites, providing the necessary technical assistance to get those projects built. DOE said it will host a "Battery Roundtable" this month to discuss its supply chain blueprint.

The administration said another key research area is semiconductors, which are critical components of vehicles and electronic devices. The ongoing global semiconductor shortage has slowed vehicle production in the United States, forcing American auto companies, like General Motors Co. and Ford Motor Co., to scale back operations or close plants. Today’s announcement recommended that Congress invest at least $50 billion in research and domestic semiconductor production.

"We appreciate President Biden’s leadership and urgency in acting to strengthen our nation’s critical supply chains and support American consumers and manufacturing," Jim Farley, president and CEO of Ford, said in a statement. "We will do our part by continuing to invest and build more vehicles in the U.S. than any automaker — while leading the transition to an electric and connected transportation future, in partnership with allies in both public and private sectors."