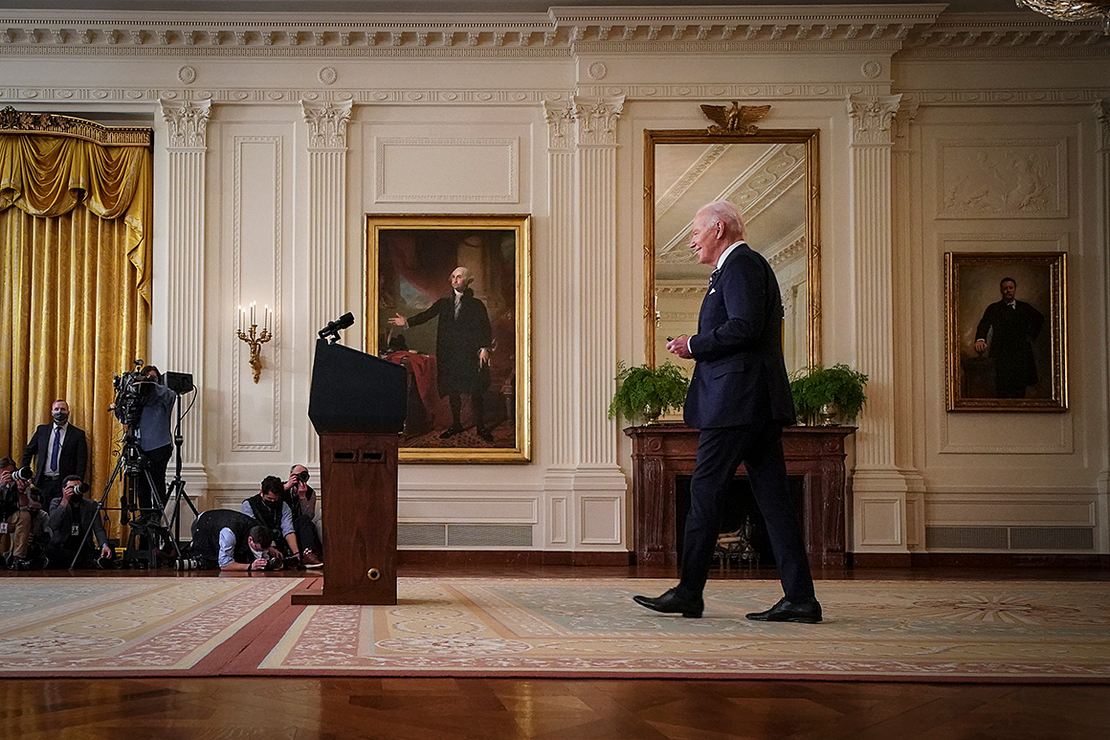 The White House announced today it would follow through with threatened sanctions against the company behind the Nord Stream 2 natural gas pipeline from Russia into Germany.

The decision follows one by Germany yesterday to stop the certification process for the already-completed project after Russia recognized two breakaway regions of Ukraine and announced plans to send in weapons and troops as peacekeepers.

“These steps are another piece of our initial tranche of sanctions in response to Russia’s actions in Ukraine,” President Biden said in a statement. “As I have made clear, we will not hesitate to take further steps if Russia continues to escalate.”

The sanctions would target Nord Stream 2 AG, the company behind the $11 billion pipeline project meant to connect Russian natural gas with Western European markets. The pipeline has long been seen as a foreign policy bludgeon for Russia to lord over Europe.

“Through his actions, President Putin has provided the world with an overwhelming incentive to move away from Russian gas and to other forms of energy,” Biden said in his statement.

The penalties follow other sanctions included in what Biden called “the first tranche” of measures announced yesterday to deter Russian aggression. Those provisions targeted the Russian financial sector in a move that the White House said would cut the country off from Western credit.

“[President Biden] is making the right call,” said Sen. Jeanne Shaheen (D-N.H.) on Twitter. “I’ve long opposed NS2, which is why I wrote the bipartisan sanctions law to stop it. Every diplomatic lever must be pulled to punish Putin for violating Ukraine’s sovereignty & threatening Europe’s security.”

The Biden administration held off on sanctioning Nord Stream 2 last year to appease Germany, which wanted the project to continue. That opened the White House to weeks of Republican attack and put Democrats in a politically uncomfortable position.

Sen. Ted Cruz (R-Texas) forced a vote on mandatory Nord Stream 2 sanctions last month, but the measure was defeated by Democrats, who were following the White House’s playbook.

Democrats and Republicans in the Senate then worked on a compromise bill. But they were unable to agree on specifics, including the timing of sanctions against the pipeline.

Cruz today cheered the president’s decision and said he would lift holds on diplomatic nominees. Cruz had been delaying a number of Biden picks because of the sanctions issue.

“President Biden made the right decision today,” Cruz said. “Allowing Putin’s Nord Stream 2 to come online would have created multiple, cascading and acute security crises for the United States and our European allies for generations to come. Today’s announcement is critical to preventing such scenarios.”