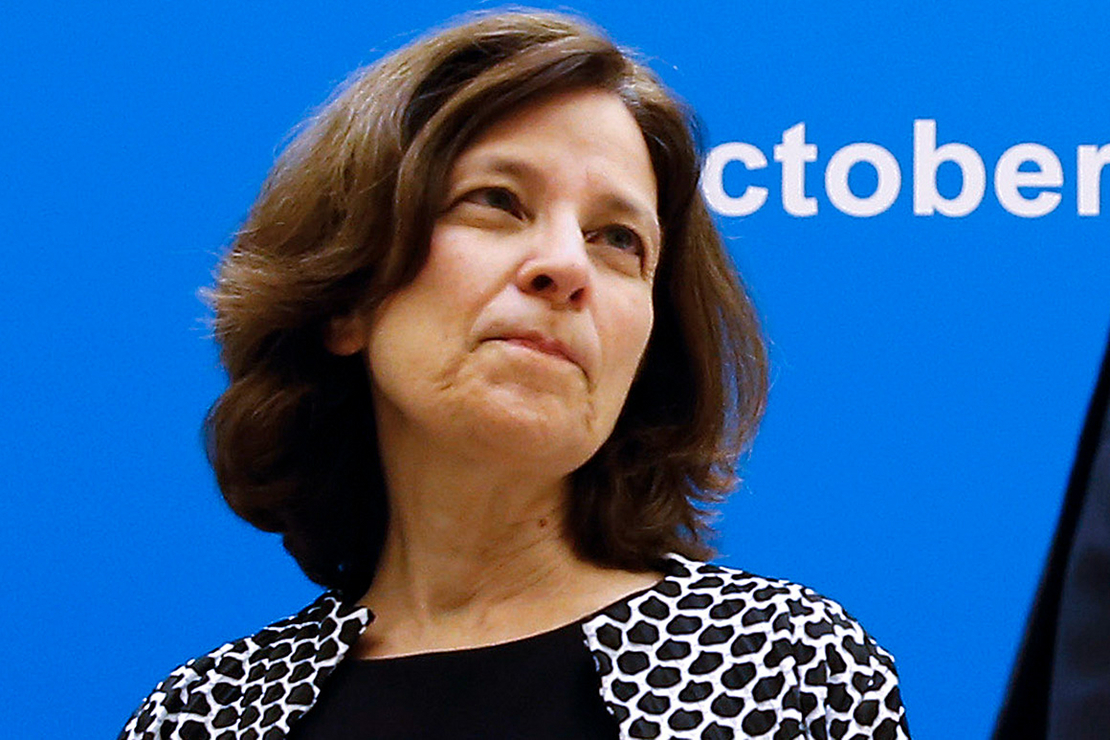 President Biden is expected to nominate Sarah Bloom Raskin, one of the United States’ most prominent climate finance hawks, to be the Federal Reserve’s top bank cop.

If confirmed as the central bank’s vice chair for supervision, the Obama-era Fed governor and former Treasury Department official would be elevated to a post responsible for overseeing the nation’s banks. The role was created in the aftermath of the 2007-08 financial crisis and is charged with ensuring the Fed keeps a closer eye on emerging threats to financial stability.

The Associated Press reported last night that the White House plans to announce the pick alongside two other nominees to the Fed board: Michigan State University’s Lisa Cook, who served as an Obama-era senior economist on the Council of Economic Advisers, and Philip Jefferson, an economist and former Fed researcher. The AP source was a person familiar with the decision who was not authorized to speak on the record.

All three picks have the potential to bring major changes to the central bank, which currently has three vacant seats and a Republican majority. But Raskin’s nomination is arguably the most notable in the climate finance world for two key reasons.

First and foremost is the position’s influence over the Fed’s supervision of the banking sector — and, potentially, its approach to global warming. And second, Raskin’s reputation as a tough regulator and leading proponent of the idea that natural disasters and the clean energy transition could pose systemic threats to the U.S. financial system.

"If an invisible virus could upend our world, then so could the warming of the planet," Raskin told E&E News in May.

Over the last several years, she’s drawn attention to that possibility in testimony before Congress, during virtual events and more.

In March 2020, Raskin caught green groups’ attention when she told the Senate Democrats Special Committee on the Climate Crisis that it is “almost embarrassing” how far the United States lagged behind its international peers on the issue.

In the time since, she’s dug even deeper by weighing in on topics including the role of carbon offsets in finance firms’ decarbonization efforts and flagging what she said could be potential climate risks in the Fed’s coronavirus response. The effort, which entailed pouring hundreds of billions of dollars into the economy, spurred experts including Raskin to warn the Fed against pumping money into companies that might lose value over time (Climatewire, April, 16, 2020).

She also spearheaded the formation of a committee of prominent economists, former regulators, White House advisers and academics dedicated to examining climate risk and informing policymakers’ efforts to address the economic perils of a warming world (Climatewire, May 21, 2021).

Notably, among the committee’s members was Cook. If confirmed by the Senate, she would be the first Black woman to serve as a Fed governor.

Raskin’s remarks and efforts over the years have won her the favor of a growing coalition of progressives who are increasingly concerned about the financial system’s contributions — and vulnerabilities — to climate change.

So much so that she was a rumored contender for other high-level positions in the Biden administration such as Treasury secretary and the head of the agency’s new “climate hub.” Now, roughly a year later, and she’s been tapped for a job that has even more sway over the banking sector (Climatewire, Jan. 22, 2021).

The news comes as the Fed finds itself in the middle of an intense political brawl over the extent to which the agency should consider issues that, at least historically speaking, it hasn’t. While Democrats increasingly call on the central bank and its leaders to pay heightened attention to social and environmental risks, Republicans have slammed officials at the Fed and other agencies for moving in that direction.

Just yesterday, Republican members of the Senate Banking, Housing and Urban Affairs Committee, criticized Fed Governor Lael Brainard, who Biden has tapped to fill a different role on the board, for her previous comments about the importance mitigating climate risk.

Sen. Pat Toomey of Pennsylvania, the panel’s top Republican, already has signaled he has similar worries about Raskin. He told Bloomberg earlier this week he has "serious concerns" that she would use her position to steer dollars away from the energy sector.

For that reason, it’s important to note that while Raskin has been vocal about climate change, “she’s not a progressive idealogue,” said Tyler Gellasch, who first met Raskin during negotiations over the Dodd-Frank Wall Street Reform and Consumer Protection Act as an aide to then Sen. Carl Levin (D-Mich.).

Both Gellasch and Raskin are fellows at Duke Law’s Global Financial Markets Center.

“She is instead somebody who is going to be focused on the risks to the financial system, and to banks and to consumers,” Gellasch said. “She, I think, would bring a skeptical view of how banks are assessing their exposures and their risks.”