Biden nutrition conference may fire up climate debate on meat 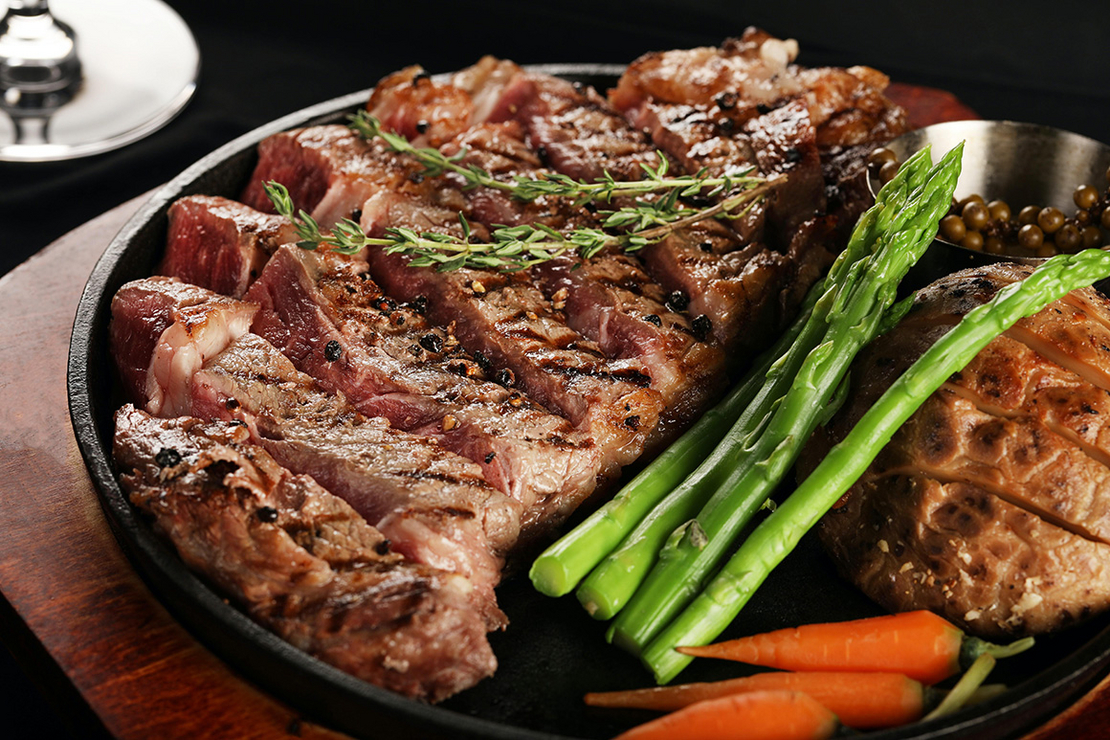 The White House’s planned nutrition and diet conference this fall could reignite the debate about beef consumption and climate change. Loija Nguyen/Unsplash

A White House conference on hunger and nutrition announced this week already has the meat industry bracing for a fight.

Of all the food and agriculture interests bound to be represented in the Biden administration’s discussions, meat — and especially beef — may have the biggest messaging challenge, extolling its value in the diet against charges that Americans already eat too much and that raising and sending livestock to market contributes to climate change.

“We look forward to being a part of this important conversation and sharing the science-based, data-driven research regarding the immense environmental and nutritional benefits from cattle and beef production,” the National Cattlemen’s Beef Association, a producers’ trade group, told E&E News.

In its announcement, the Biden administration touted the conference — the first of its kind since 1969 — for promoting healthier eating and reducing the twin crises of hunger and obesity. Officials didn’t mention sustainability or climate, although that’s likely to enter the discussion about how virtually any food is produced, especially meat.

The White House said the conference, beginning with a series of listening sessions, will “accelerate progress and drive significant change to end hunger, improve nutrition and physical activity, reduce diet-related disease, and close the disparities around them.” It’s supported by a $2.5 million appropriation in this year’s omnibus spending bill.

While meat is a well-established source of protein — the building-block for cells — and red meat also provides a boost of vitamin B12, it poses health downsides, too, according to years of studies.

One such report, in the Feb. 3, 2020, issue of the Journal of Internal Medicine, found a small increased risk of cardiovascular disease from higher intakes of processed or unprocessed red meat, with lower risks for poultry and none of significance for fish. Studies have shown increased risk of colon cancer with high red meat intake, although the meat industry points to other research suggesting evidence of cancer risks isn’t so convincing.

The federal government emphasizes “lean” meats in its recommendations. In its dietary guidelines for 2020 to 2025, the Department of Health and Human Services urges moderate use of red meat generally.

“Dietary patterns characterized by higher intake of red and processed meats, sugar-sweetened foods and beverages, and refined grains are, in and of themselves, associated with detrimental health outcomes,” the guidelines say.

Livestock farming’s climate impacts are a more recent issue. Animal agriculture contributes more than other types of farming to greenhouse gases, thanks to methane emissions and the carbon footprint of feeding and raising livestock. Overall, agriculture contributes from 10 percent to 12 percent of U.S. greenhouse gas emissions, and farms have the ability to sequester carbon through soil practices. The issue has attracted attention in Congress (E&E Daily, Feb. 4).

The trend lines aren’t positive for those who want to sharply curtail meat consumption. The Intergovernmental Panel on Climate Change predicted that methane emissions — a potent greenhouse gas — could increase 60 percent globally by 2030 if emissions keep up with expected increases in livestock numbers, although changes in manure management and feeding practices could reduce the increase.

Environmental and health groups say policymakers should heed the warnings.

“It’s impossible to talk about nutrition without addressing that we’re eating more protein than is healthy,” said Scott Faber, senior vice president for government affairs at the Environmental Working Group. But the EWG has urged the White House to keep the upcoming conference focused on hunger and nutrition, rather than the climate debate, Faber said.

The subject has been politically dicey for the Biden administration, as evidenced by last year’s false rumor that the president’s climate goals included a 90 percent reduction in American’s meat consumption (Greenwire, April 29, 2021).

The environmental group Earthjustice is urging USDA to make sustainability and climate change a bigger part of the conversation on diet. Agricultural emissions are probably greater than official EPA estimates, accounting for as much as a third of global heating according to some research, said Peter Lehner, a staff attorney who lead’s Earthjustice’s food and farming program.

“While food and ag is usually an after-thought in climate change discussions, the stark reality is that we won’t achieve our climate goals without food and ag reform,” Lehner told E&E News in an email.

On the other hand, Lehner said, focusing on meat — while it has a significant role — sparks immediate opposition and misses the larger point about climate change and agriculture as a whole.

“And much of the impact of meat is indirect — the hundreds of millions of acres of land used to grow animal feed, deforestation, and the like,” Lehner said. “So while we try to indicate correctly where the emissions come from, we think it is important to talk not only about meat, but about the climate impact of food overall — with animal ag having an outsized footprint.”

Even within the meat industry, the conversation can reveal differences of opinion. Advocates for grass-fed beef say the U.S. produces and consumes too much “industrial meat” mass-produced on feedlots, contributing to environmental problems, overuse of antibiotics and poor animal health — and that a federal conference could help spread the message.

“By drilling into the issue and learning the true cost of food, and pointing out those differences, with true cost accounting we believe that the consumers, armed with that information, will come to realize that there is a difference,” said Carrie Balkcom, executive director of the American Grassfed Association.

Grassley noted the occasion in a speech on the Senate floor this week and on a call with agriculture reporters Tuesday. He cited USDA research suggesting little reduction in global greenhouse gas reduction if the entire world became vegan.

“It seems you could not go for a week without reading an article about how we all need to transition from eating beef to eating bugs,” Grassley said, although strict vegans and vegetarians might pass up those sources of protein, too. “I will be doing my part this month by eating juicy hamburgers and I hope a sirloin steak now and then, if I can afford it.”