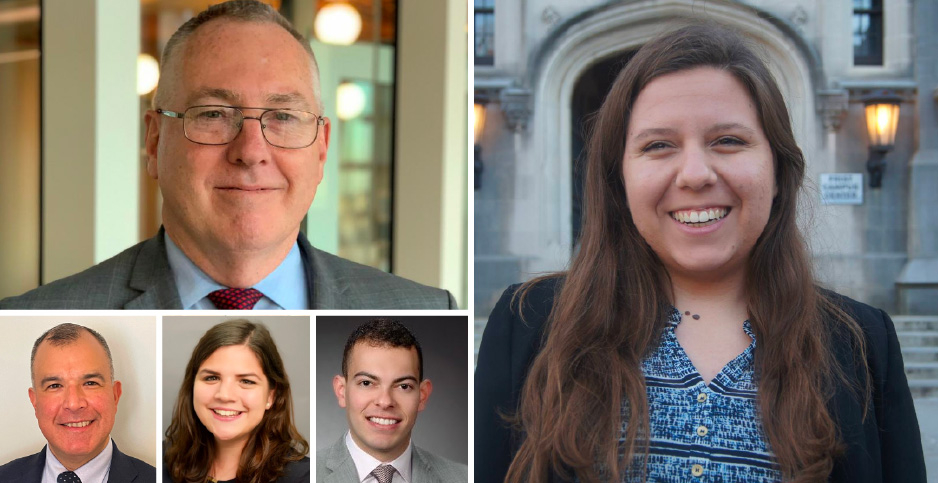 EPA has sent a number of political officials to its regional offices, including a former top aide to Administrator Michael Regan.

Nicholson, who started last month at EPA, was chief deputy secretary for the North Carolina Department of Environmental Quality. Regan named Nicholson to that role in 2017 when the former was the department’s secretary.

Nicholson is a retired U.S. Marine Corps colonel who served on active duty for 28 years. He also has been the military affairs adviser to former North Carolina Govs. Bev Perdue (D) and Pat McCrory (R).

In addition, he worked as a policy consultant for the Environmental Defense Fund and vice president of operations for Panthera Training, which provides security training for government and private clients, according to his LinkedIn profile.

Nicholson is an “administratively determined” hire at the agency, meaning he was brought on at EPA using a special hiring authority under the Safe Drinking Water Act.

EPA White House liaison Sinceré Harris said the agency was excited to welcome the new staff as EPA “works to deliver on our mission to protect human health and the environment.”

“These skilled professionals join a growing bench of appointees working to advance the Biden-Harris agenda to tackle the climate crisis, deliver environmental justice, and secure environmental benefits for all Americans,” Harris said.

The Biden administration has sent other officials to EPA regional offices.

Alfred Saucedo is chief of staff for EPA Region 5, joining the agency in December. The Great Lakes branch, with Chicago as its main office, manages EPA’s operations in Illinois, Indiana, Michigan, Minnesota, Ohio and Wisconsin.

Saucedo is a former staff aide at the Board of Commissioners of the Metropolitan Water Reclamation District of Greater Chicago. Debra Shore, who has been appointed as EPA Region 5 administrator, served as a commissioner on that board.

Aleksandra Czulak is a senior adviser for implementation at EPA, joining the agency last month.

Czulak is a Princeton University graduate with a Bachelor of Arts degree in economics. She also interned at the National Economic Council in the Obama White House and was at consulting firm McKinsey & Co. before coming to the agency, according to her LinkedIn profile.

Like Nicholson, Saucedo and Czulak are “administratively determined” hires at EPA, said Carroll, the agency spokesman.

Hannah Flom has also joined EPA as a senior adviser for digital strategy and content development.

Flom, who started at the agency in November, comes from Purple Strategies, her LinkedIn profile indicated. She has worked in politics, having been director of content for Joe Biden’s presidential inauguration, digital director of the 2020 Democratic National Convention as well as digital director for Minnesota Gov. Tim Walz’s (D) administration.

Jonathan Nelson started at EPA last month as a senior adviser for technical assistance and community outreach in the Office of Water.

Nelson was policy director for the Community Water Center, an environmental justice nonprofit group based in California, for more than five years. He also has served as a council member on the California State Council on Developmental Disabilities, Carroll with EPA said.

In recent months, EPA has made a number of hires in its water office, including Navis Bermudez and Bruno Pigott as deputy assistant administrators, as well as Wendi Wilkes as a manager of state partnerships. The Office of Water will be key as EPA looks to rebuild water systems and replace lead pipes under the newly passed infrastructure law.

Both Flom and Nelson are Schedule C political appointees at EPA, according to Carroll.

Since Biden’s inauguration last year, the administration has continued to add political appointees to EPA’s roster across several offices at the agency (Greenwire, Oct. 5, 2021).